A few months ago I wrote an article suggesting that the Lakers should hold onto their picks.

And no, not because of guys who are 11 right now or whatever that tired old argument says, but rather because an incremental improvement wouldn't really make this team a contender. My main point was that the team's success depended on Anthony Davis' health - none of the rumored trades would make a difference if AD wasn't healthy.

As such, it didn't make much sense to give up their most valuable trade assets unless they got a sweetheart of a deal. They would be better served to just ride out the season and make due with what they had and then use Westbrook's cap space this offseason to make one last run. 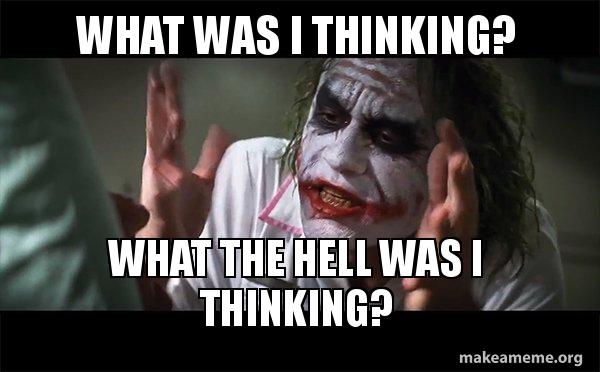 The Lakers need to make some moves. Now. No point waiting any longer. Only I'm not talking about Hield or Turner or Reddish or Kuzma or anything like that. The moves I'm now looking for are a tad bit more drastic.

Dump the picks and every guaranteed contract on the roster. Every. One.

Move them for prospects and contracts that could be easily flipped (no specific names in mind, just look for non-all-stars with <6 years exp).

If you're lucky you find a gem among the prospects...maybe a quality role player or two. Otherwise, the primary goal is to get trade assets. These are the moves that set up the moves.

That's the easy part, replacing him is the tough part. Some candidates:

Besides, who do you get to replace him? Kenny Atkinson at GS? Maybe give Quin Snyder another look? In all likelihood, they'd be looking at another first-time NBA head coach whether that's an assistant or a college guy. So I guess do go for it with Ham.

So yeah, my new grand plan is just to call it an era and start over from scratch. Boot it. Blow it up. Stick a fork in it. Send it to the glue factory...however you want to call it, just stop this travesty and end our suffering now.

It won't be a quick fix, but the rebuild doesn't have to last long.