NBA All-Star Weekend: When and where to watch the Dunk Contest and Game

Anthony Davis, LeBron James and Dwight Howard will headline events for the Lakers at the 2020 NBA All-Star Game and over the rest of the weekend, but there will also be various tributes to Kobe Bryant that will bear watching.

Share All sharing options for: NBA All-Star Weekend: When and where to watch the Dunk Contest and Game

The Los Angeles Lakers will be heavily represented at both the 2020 NBA All-Star Game, and over the weekend as a whole. LeBron James and Anthony Davis are starters for Team LeBron — which will be coached by Frank Vogel and the rest of the Lakers’ staff — in the main event, while Dwight Howard will take place in the Slam Dunk Contest on Saturday night. There will also be a few tributes to Kobe Bryant, his daughter Gianna and the rest of those who perished in the helicopter crash with them a few weeks ago.

Here is everything you need to know about what’s going on, and where you can watch all of it.

There were a few seasons where this was the night to look forward to for Lakers fans, who mainly only had a chance to tune into the weekend to watch their favorite young players on the team compete in the Rising Stars Game.

This year that won’t be the case. No Lakers are featured in either of the games played on this night, but there are still reasons to tune in. The league will be announcing the next Hall of Fame class at 2:00 p.m. PST on NBA TV — a class that is widely expected to posthumously feature Bryant, who only just became eligible to be voted in.

After that announcement, ESPN will televise the annual NBA All-Star Celebrity Game at 4:00 p.m. PST, and you can check out the rosters for that here if you’re into that sort of thing. Afterwards, TNT will broadcast the NBA Rising Stars Game at 6:00 p.m. PST. There are no Lakers in the game — Talen Horton-Tucker was snubbed smdh — and the game will again feature the United States vs. World format it has used since 2015.

Arguably the marquee night of the weekend for certain fans, State Farm All-Star Saturday Night will begin at 5:00 p.m. PST on TNT, with the Taco Bell Skills Challenge leading things off, followed by the MTN DEW 3-Point Contest before being bookended with the AT&T Slam Dunk Contest.

Here is a list of the participants for all of those events, but if you’re a Lakers fan, the main one you likely care about is the dunk contest, because it’s the only one that will feature a member of the purple and gold.

Dwight Howard is competing in the Dunk Contest for the fourth time in his career, and the first time since 2009. At age 34, he is not the favorite to win the event — he actually has the second-worst odds of the four candidates, according to Sports Betting Dime — but there is at least a decent chance the charismatic center in the midst of a redemption season puts on a show worth watching.

Howard has spoken openly about how he wanted Bryant to help him with the dunk contest, and how Bryant had indicated that he would have done so. Given that context, it’s probably fair to expect some sort of tribute from Howard for his former teammate during the contest, and that alone makes his efforts on the night worth watching.

TNT will start coverage of the game at 3:00 p.m. PST on Sunday night, but it’s not slated to officially begin until 5:00 p.m. The game will begin with a tribute to Bryant from singer Jennifer Hudson before the players are introduced, so make sure to tune in early if you don’t want to miss that.

Hudson’s performance will be far from the only tribute to the Bryant family and the others that lost loved ones last month, however. Both teams will wear jersey patches with nine stars on them to remember the nine victims of the crash: Bryant, his daughter Gianna, John, Keri and Alyssa Altobelli, Sarah and Payton Chester, Christina Mauser and pilot Ara Zobayan.

In addition, Team LeBron will wear Gianna’s No. 2 — something James chose because of his own daughter, Zhuri — while Team Giannis will all wear Kobe’s No. 24. 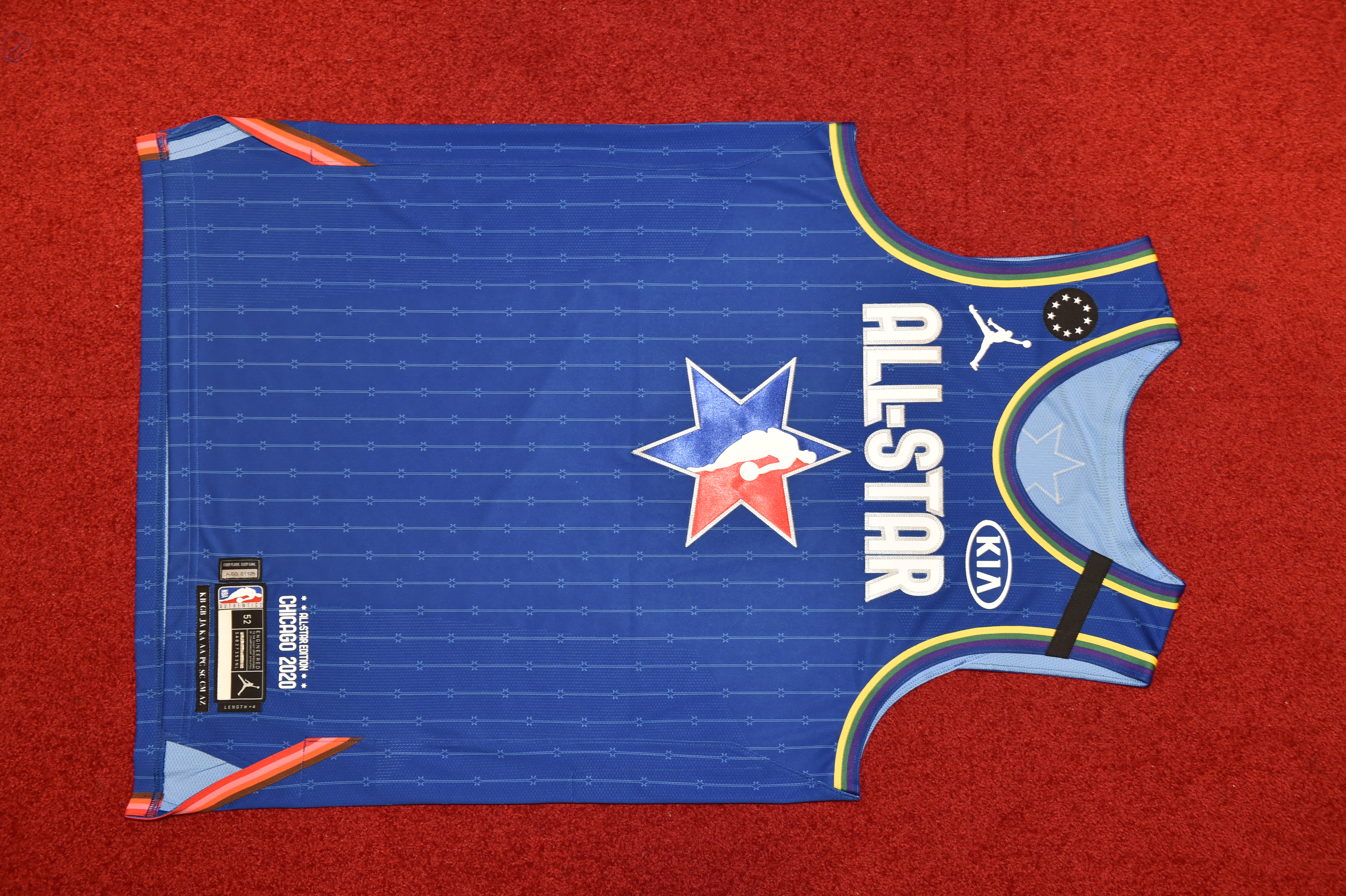 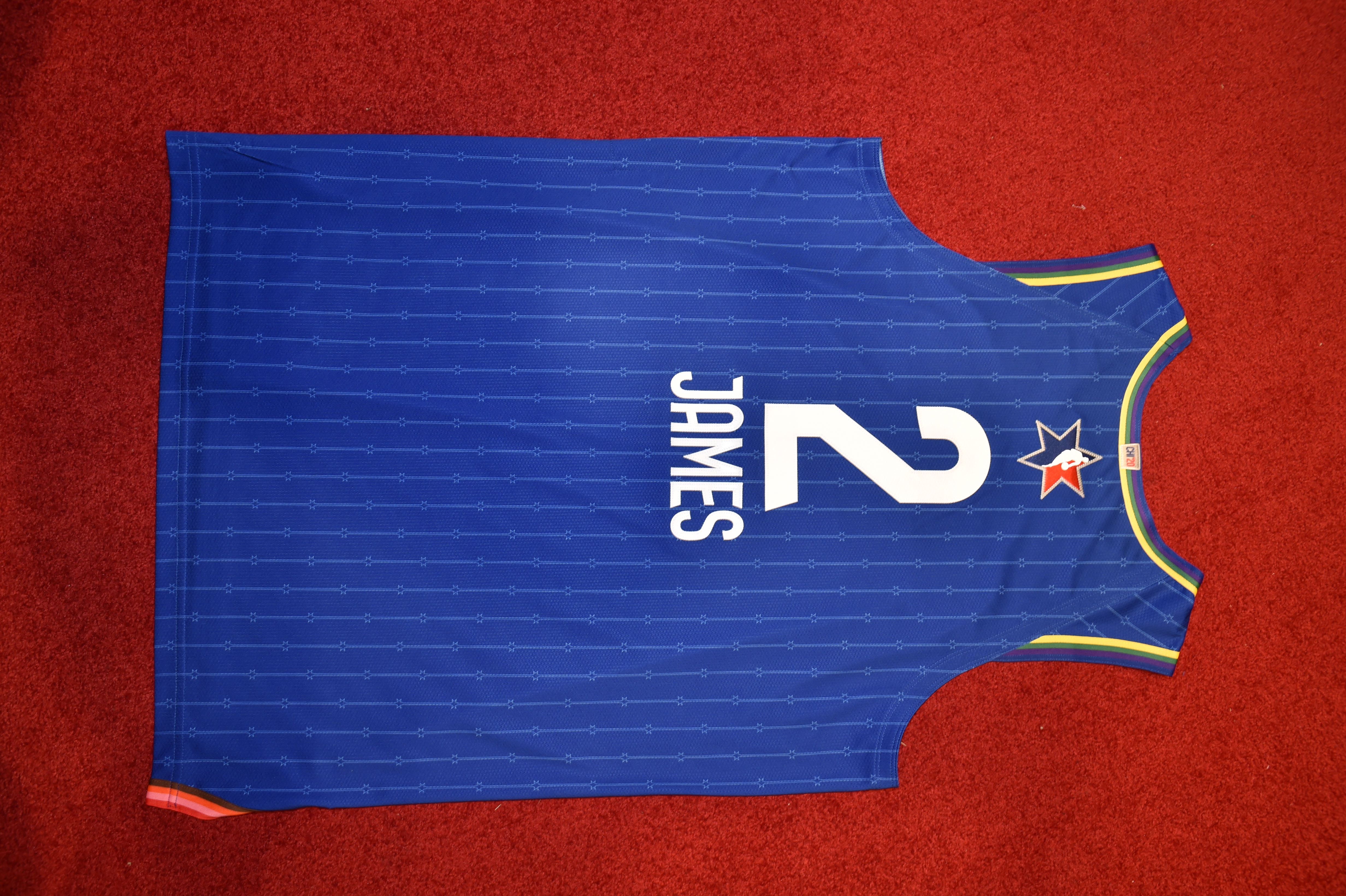 As far as the rosters, Vogel will be coaching Team LeBron, headlined by James and Davis, as they go up against against Team Giannis, headlined by Giannis Antetokounmpo, Joel Embiid and Jimmy Butler.

There are some new rules for the All-Star Game this year as well, including one of which is a tribute to Kobe. They are not as confusing as some are saying, but for everyone who needs an explainer, my friend Matt Ellentuck did a good job breaking them down for SB Nation.

And given that the game is in Davis’ hometown of Chicago, it makes sense that he’s the favorite for MVP, and that both he and James rode the expected bets from the legions of Lakers fans to end up as the two top favorites to win the end-of-game award:

According to @SportsBettingAG, LeBron and AD are the favorites for All-Star MVP pic.twitter.com/iXPHGHu0FK

Will the changes make the game more competitive? How hard will Davis go while trying to win MVP in his hometown? All these and more are questions we’ll get answers to over the next few days during what should be a fun midseason exhibition weekend.

Stay tuned to Silver Screen and Roll for continuing coverage of the various Lakers-related angles of the All-Star game as the weekend rolls along.

For more Lakers talk, subscribe to the Silver Screen and Roll podcast feed on iTunes, Spotify, Stitcher or Google Podcasts. You can follow Harrison on Twitter at @hmfaigen.