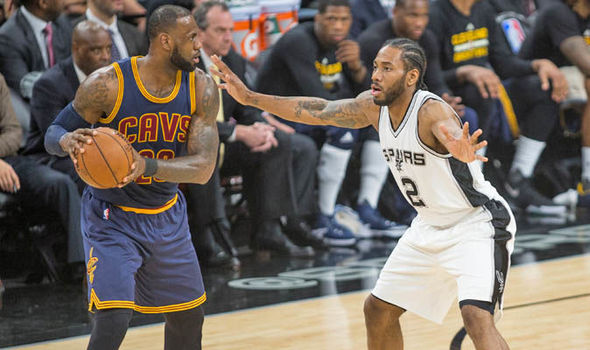 You're gonna have to use all of your brain to understand this.

Off-Season is almost here guys and that can only mean one thing...LAKERS ARE GETTING SUPERSTARS AND A LOT OF THEM! WOO!

....Let's slow down now for a second. There are three big names swirling around the Lakers rumor mill right now: Kawhi Leonard, Paul George and LeBron James. There has been a ton of speculations that all three could be getting ready to join forces in Los Angeles. But I took to the liberty to actually processing this possibility and I come to realize that it's not possible at all. Here's what I came to realize...get ready because your brain is going to hurt so try to keep up. 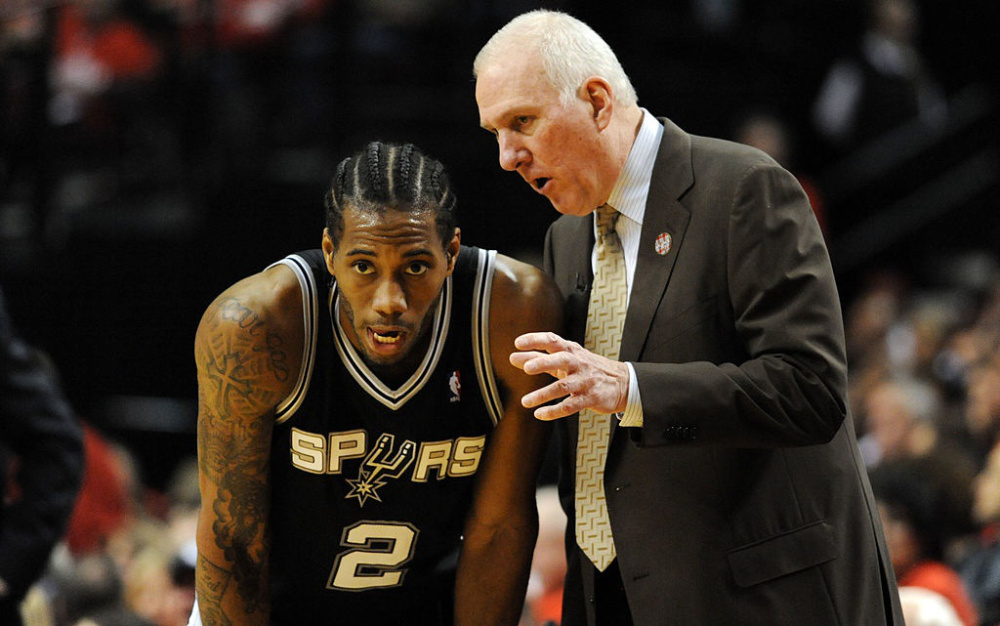 We have all heard the not-so unexpecting reports that Kawhi Leonard wants to be traded from the San Antonio Spurs after feeling unrepairable betrayal by some within the franchise. Leonard's personal preference was the Lakers that way he can return home. It's pretty well known for a long time now how petty the Spurs can be when it comes to their star players wanting to play for rival teams. Gregg Poppovich was one of the first to criticize the move of the Memphis Grizzlies giving Pau Gasol to the Lakers to help Kobe Bryant win his next two titles. The Spurs do not want to deal with the Lakers and they certainly do not plan on help create a brand new super team in the West.

Spurs GM R.C Buford has been on record saying his top priority is to keep Kawhi Leonard in a Spurs uniform by slowly repairing the damaged pieces, he also has no interest in trading Leonard to any Western Conference teams. Now this could be a diamond in disguise for the Lakers but I'll come back to that. 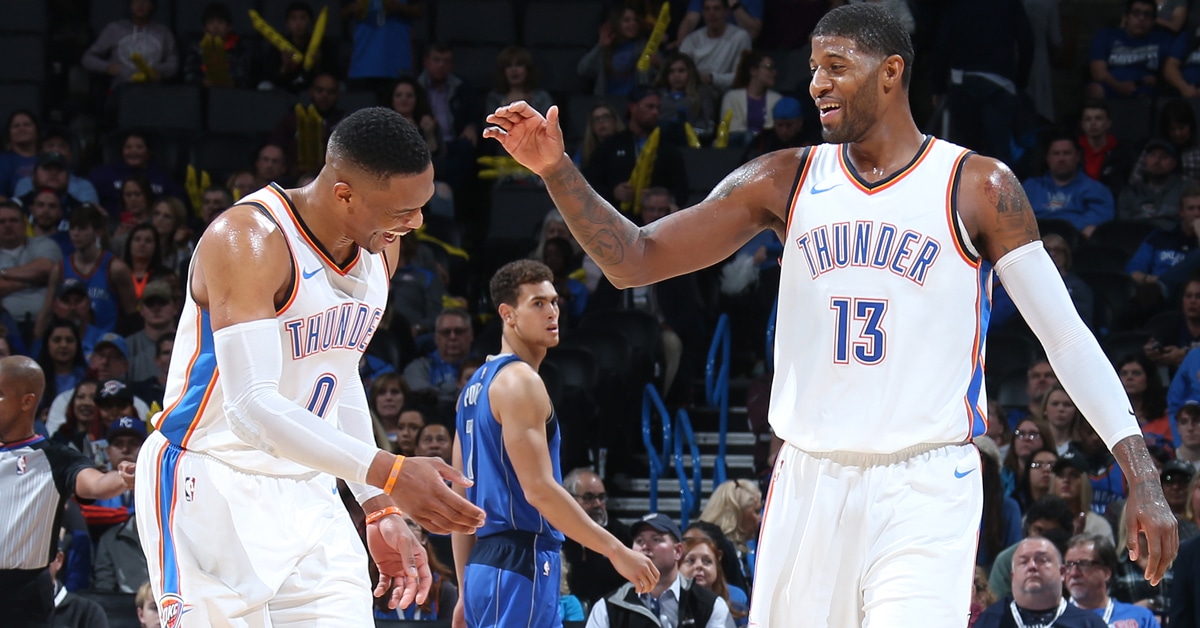 Okay so we have seen that the friendship between Russell Westbrook and Paul George has been nothing short of extremely close bondage, but this will be enough to sway George out of the grip of the Lakers hands? According to some within George's circle, it is very likely that George does not want to strain his bondage with his teammates like Westbrook, Andre Roberson and Steven Adams. YES PEOPLE, THESE PLAYERS HAVE HEARTS AND SOME VALUE FRIENDSHIP

This does not mean the Lakers are out of the picture however. There have been some reports that George's family is pressuring him to return to LA and be with them. It will all come down to personal preference for George. You may be thinking that with Carmelo Anthony opting back into his 28 million deal with OKC, that will automatically lure George out of OKC. Not quite. Melo opting into his deal does not effect the Thunder's salary of offering George a max deal. The only thing it really effects is OKC's chances of signing anyone else significant. 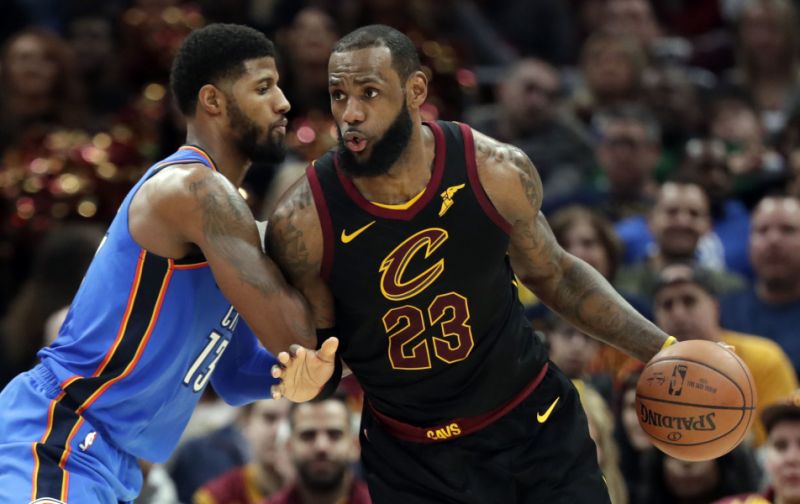 It's not a best kept secret that LeBron James does not prefer to play with younger talent that is not yet untapped. We have seen this when he returned to Cleveland and forced the Cavs to move Andrew Wiggins for Kevin Love. Now here is the perfect opportunity for LeBron James to join the Los Angeles Lakers, but wait, there is a catch. The Lakers need to have a star in place already for LeBron or else he will not come. LeBron is in the stage of his career that he just wants to win with the best talent as possible which is why teams like Houston and Philadelphia are going to be huge players this offseason. So if the Lakers were able to get Paul George or if LeBron knows forsure he's coming, then we have LeBron. But I don't even think LeBron knows what George is gonna do.

Remember earlier when I said it will be a diamond in disguise for the Lakers if the Spurs trade Kawhi Leonard to an Eastern Conference team? There's a catch to it. Lets say LeBron James and Paul George actually do end up on the Lakers this summer and the Spurs trade Kawhi to the East or let him walk. With the Lakers already given up two max deals it would be impossible for Leonard to join - unless that Eastern Conference team becomes enamored with the Lakers trade offer which may not happen. So the overall outcome of this is that the Lakers can end up with 1 or 2 of these three. Or maybe none of them.