The Lakers may not be the best team in the league, but they have the best court design in the NBA.

Share All sharing options for: Lakers court design gets top rank with Grantland

The Los Angeles Lakers may not have ranked well in ESPN's future power rankings, but they took top honors in Grantland's Zach Lowe's NBA court design rankings. The Lakers have been tweaking their design up until two years ago when they made the logos on each baseline match the actual font they use, while also adding a star at center court for each championship they've won. The final product has won over Lowe, who had this (and much more) to say about the Lakers' design:

They didn't get it right until two seasons ago, when they debuted the exact look they have today. The blue is beautiful, soft and deep, and the Lakers have let it stand alone by removing almost all the lane markings. The streaking "Lakers" font behind each basket, a very slight variation on the font in the central logo, is miles better than the blocky white characters they had tried to squeeze down there.

The centerpiece has always been perfect - the tasteful L.A. logo, with a star for each of the franchise's 16 championships. The alternate "L" logo in two corners is a recent addition, and it adds some spice. That "L" is slanted, with yellow racing stripes slashing across its midsection, elements that create the illusion of speed and mirror the main team logo.

The Lakers use the theater lighting system, and the spotlighting, bright Forum gold and general L.A. atmosphere combine to lend Lakers games the unmatched feel of a monumental event.

The small changes certainly felt like the cherry on top when they were made, and the court is unique as it comes while representing the franchise perfectly. Here's a clean diagram of the current look when the Lakers take the floor at Staples Center: 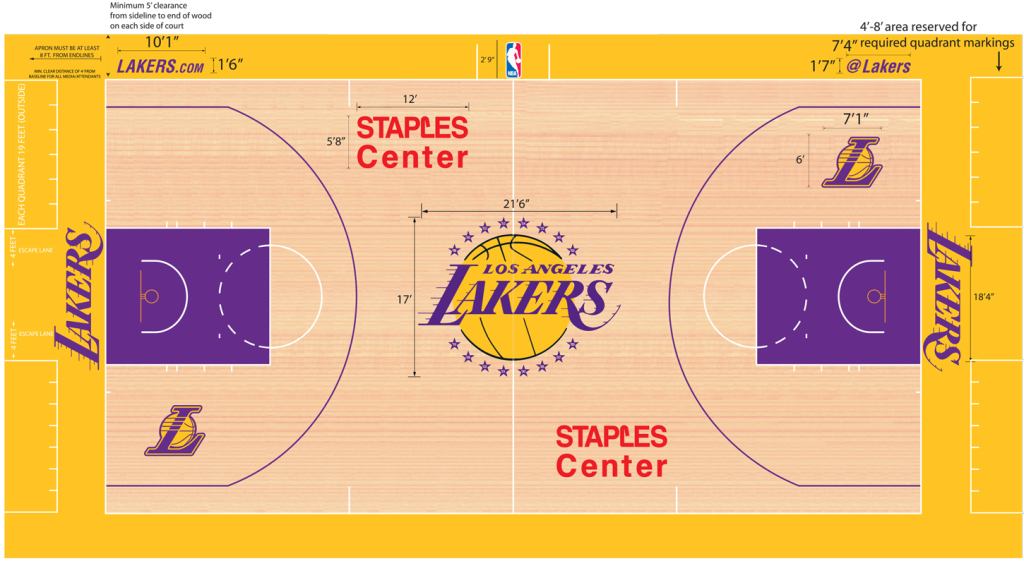 The Boston Celtics were ranked No. 2, behind the Lakers, and No. 3 was a surprise with the new Charlotte Hornets court sneaking into the top of the rankings. If you haven't seen it yet, it's a really clean design: 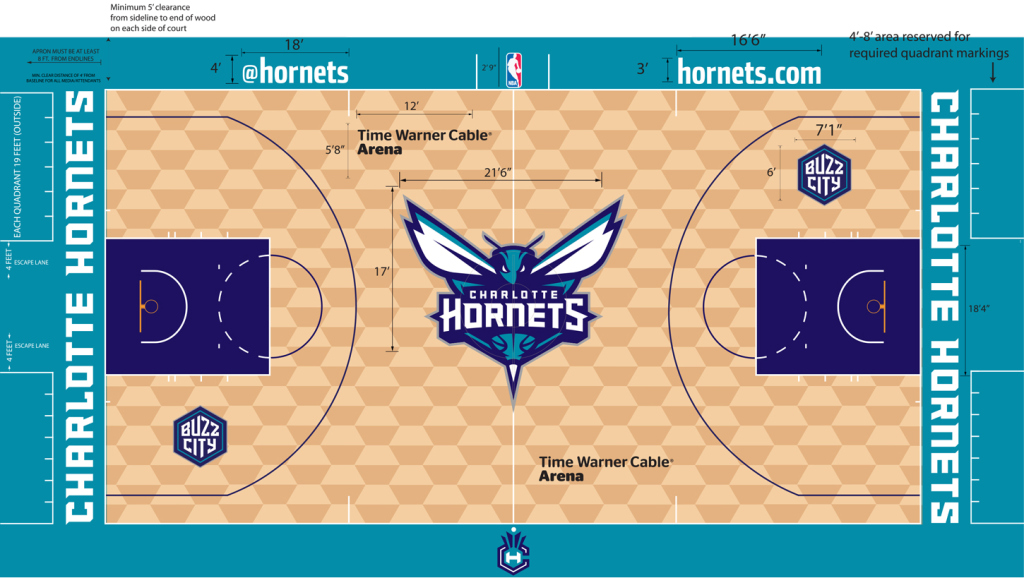 The honeycomb hardwood. The sharp logo. The teal and purple. That's a mighty fine court as well, and one that should sit near the top of the rankings for years.

The Cleveland Cavaliers ranked in with the worst court design in the NBA, while the Phoenix Suns and Houston Rockets closed out the bottom three.

What does this mean? Absolutely nothing, but even if this Lakers team struggles, at least the home crowd gets to look at the nicest court in the association throughout the season.