What can be expected of the Lakers less-heralded rookie? 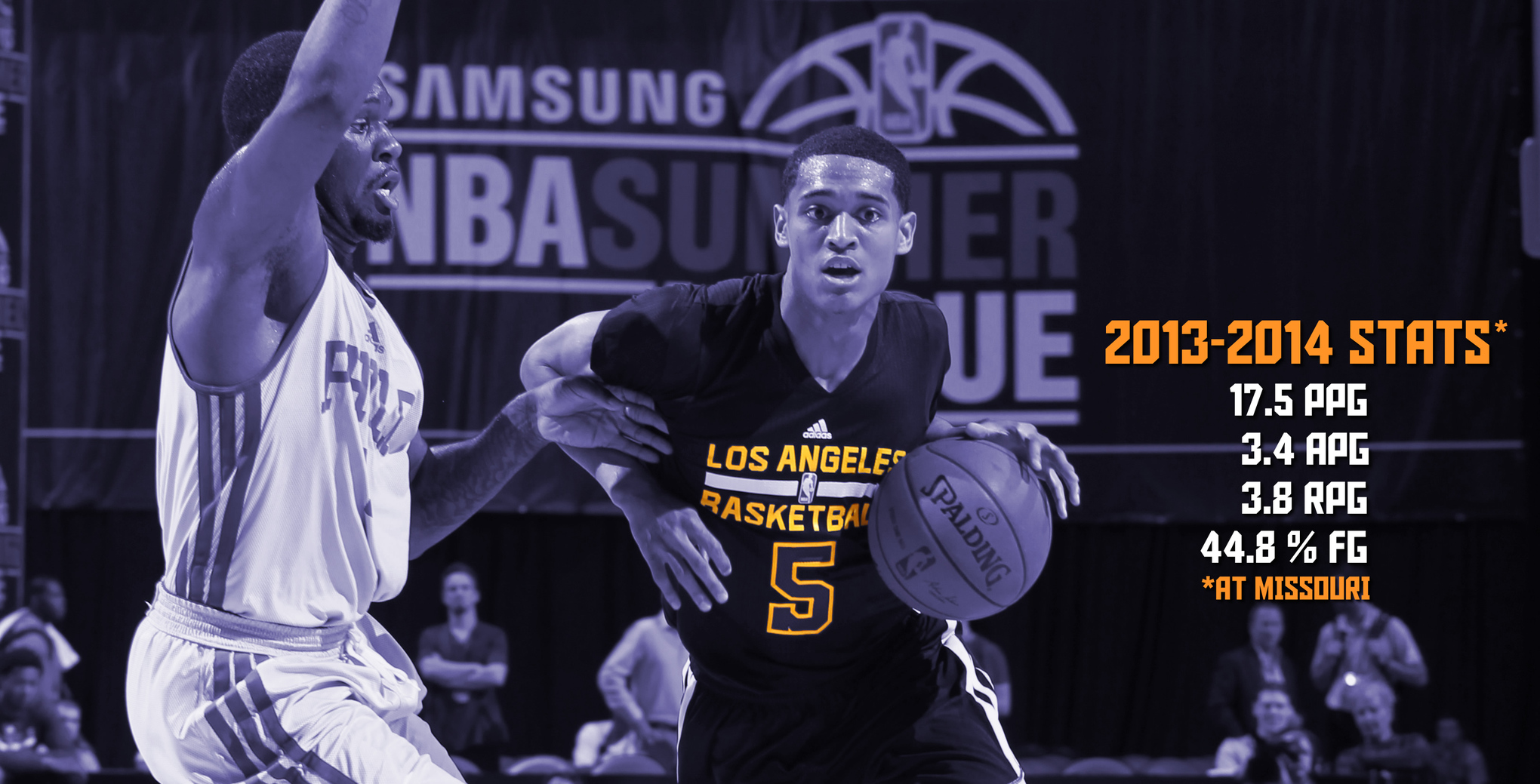 The Good: Good size and athleticism for a point guard, and a potentially dynamic scorer at the position. In Summer League he showcased quickness getting to the rim, and an ability to finish both in traffic and through contact. He is also young with potential to grow and be a piece of the Lakers future if things go right.

The Bad: Like most rookies, does not yet rate out strongly on the defensive side of the ball according to most analysis. He also has reputation as a streaky shooter.

Clarkson, diamond in the rough

As uncertainty reigns over Staples Center, rookie Jordan Clarkson will could bring a positive light to an otherwise dreary future.

It's time for Jeremy Lin to come into his own, silencing narratives and letting his play on the court do the talking.

Clarkson, diamond in the rough Lin's moment is now

The Could-Be: Lakers General Manager Mitch Kupchak pulled off another ninja move, and Clarkson makes the other 29 teams in the league pay for passing on him. Showcasing NBA-starter potential, he solidifies himself as a much needed cheap piece for the Lakers future. He plays so well that Julius Randle let's him have one shot a game in his NBA 2K15 sessions.

The Hope-Not: There was a reason he fell to the second round, and Clarkson struggles to get playing time even when injuries strike L.A.'s guard corps. The pressure of the Los Angeles spotlight, Kobe's constant trash talk in practices, and Byron Scott's criticism destroy the young fella's confidence. This all leads up to Wizard's owner Ted Leonsis snapchatting Jim Buss a video of himself swimming in the cash that Los Angeles gave up for Clarkson's draft rights.

The Likely: The rook starts the year on the bench, but through flashes of his own potential and the almost inevitable wave of injuries hitting the roster like a Tsunami once again, he earns the lead off-the-bench point guard role.

What It Means: Clarkson panning out would be a boon for the franchise, as well as making him the third consecutive second round pick where the front office found a contributor. Going into 2015 and the last year of Kobe's mammoth extension, Clarkson's small price tag would help the organization add pieces around the Mamba for potentially one last run. It's not always about hitting home runs with draft picks, but finding players who could legitimately be a starter in the league to keep around on franchise-friendly contracts.