What can we expect from the latest fill-in at the point guard position for the Lakers? 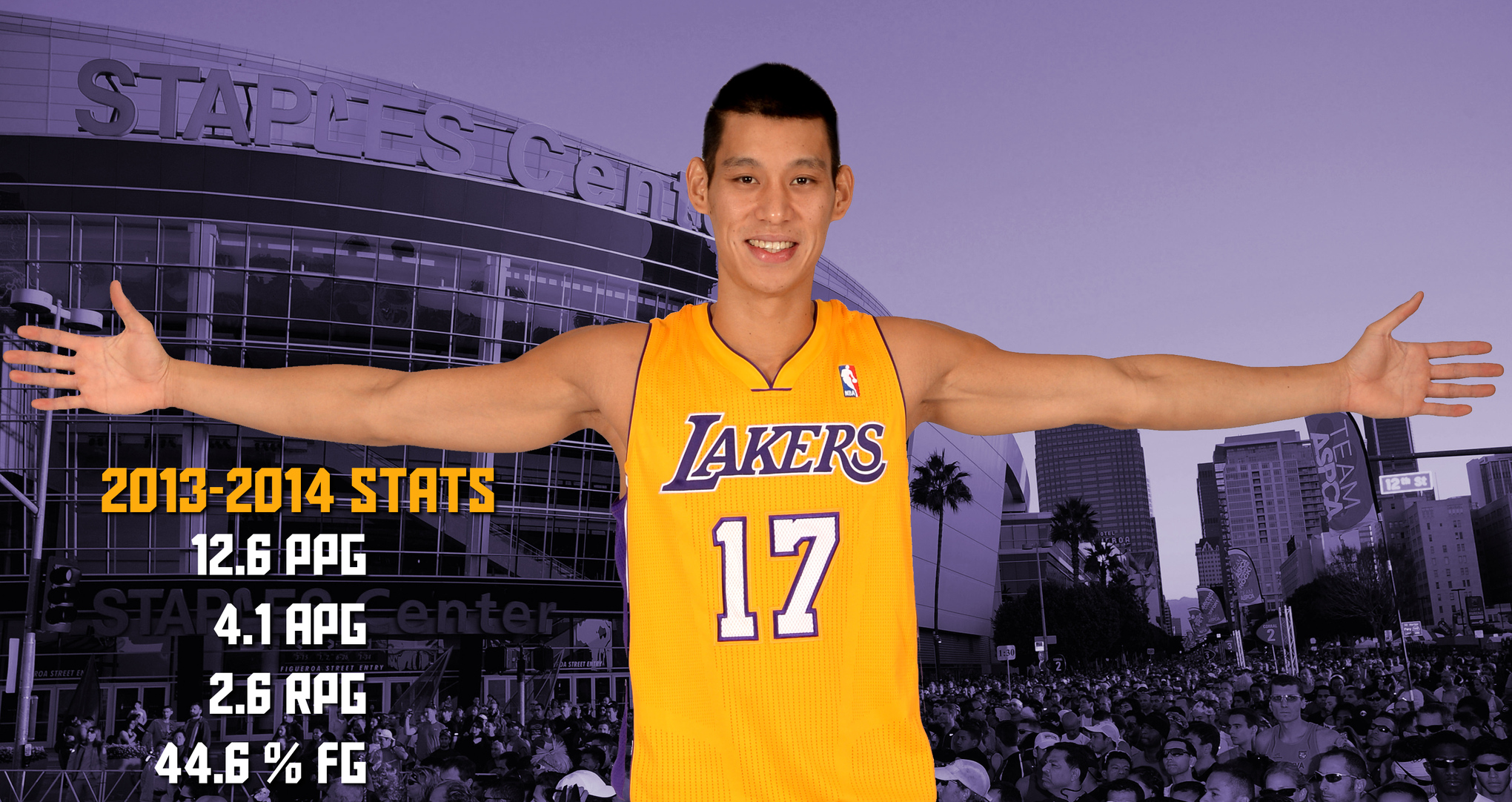 Role: Score-first point guard, minute-soaker, slashing ball-handler that should attack the rim as often as possible.

The good: Lin may not have the early starting nod from head coach Byron Scott, but he'll definitely have an opportunity to take control of the Lakers' point guard rotation if he plays well. He's very good at driving to the rim, averaging 4.2 points per game from drives last season. Lin is an attacking point guard, and he'll thrive in pick-and-roll sets. He's also not a bad spot-up three-point shooter, hitting 38.4 percent of his catch-and-shoot attempts from beyond the arc, which will help round out that area of the Lakers roster. He may not be a great perimeter defender, but he works hard against his man and will make him work on both ends of the floor. Lin is also playing in a contract year, which could lead to some stat inflation. For a team that's going to be scraping for talent, that's not necessarily a bad thing.

It's time for Jeremy Lin to come into his own, silencing narratives and letting his play on the court do the talking.

It's all coming to an end for Steve Nash, and he deserves a fair chance to end his career the way he wants.

The bad: Aside from his productive driving ability, Lin isn't elite at any single aspect of playing basketball. He's a poor isolation scorer, making just 36.9 percent of his attempts when trying to create for himself, according to Synergy Sports. He'll get taken advantage of on the perimeter by the quicker guards in the NBA, even if he's battling hard. He may be great at attacking the basket with the ball in his hands, but he's below average at handling it. He averaged just 5.2 assists per-36 minutes last season, while turning the ball over an ugly 3.1 times per-36.

The could-be: Lin could be the first consistent point guard for the Lakers in years. There's little reason to believe he can't out-play Ramon Sessions small stretch of brilliant play, and that he won't be the best (and healthiest) point guard on the Lakers roster through the entire season. He'll force defensive rotations with his driving ability, opening up easy scoring opportunities for his teammates if he's able to find the open man. Lin could have a very big year with the Lakers, and has a huge stage to prove he's a capable point guard and not riding the coattails of his memorable "Linsanity" run in New York.

The hope-not: The biggest disappointment of Lin being a Laker for at least one season would be if he goes down with a serious injury. If he performs as he has the last few seasons,  he'll be perfectly fine in Los Angeles. Years of down-trodden point guard play has set a low bar for him to clear, but if he's too injured to make it over the top of that, Lakers fans will have another headache to deal with.

The likely: Lin has had a reasonably clean bill of health through his career, so projecting him to miss significant time isn't appropriate. What will likely happen is he'll be the team's starting point guard once Nash can't handle the minutes due to degenerative health issues, or a serious injury, which will thrust Lin into the starting role. He should be just fine playing next to Kobe Bryant, and should build a pick-and-roll repertoire with Carlos Boozer and Julius Randle. Lin probably won't break through some sort of glass ceiling to become one of the league's top point guards, but he doesn't need to do that to have his season with the Lakers considered a successful one.

What it means: Lin's, and the Lakers', situation is a tricky one. On one hand, the Lakers have desperately needed production from the point guard position for years and finally have a player who should deliver. On the other, if he delivers as well as expected, he may be too pricey a commodity as an above-average guard for the Lakers to retain. It's not terrible for the Lakers to use Lin as a rental player, and he should be a positive player on the court. It's unlikely Lin will play so far above his head he helps send the Lakers to the playoffs, but he should make opposing teams respect the one guard wearing purple and gold for the first time in a long time.