Julius Randle has arrived in purple and gold armor.

Randle looks pretty good soaring through the air. Hopefully we see more of this, particularly with the face he's making as he drops the hammer on unsuspecting defenders: 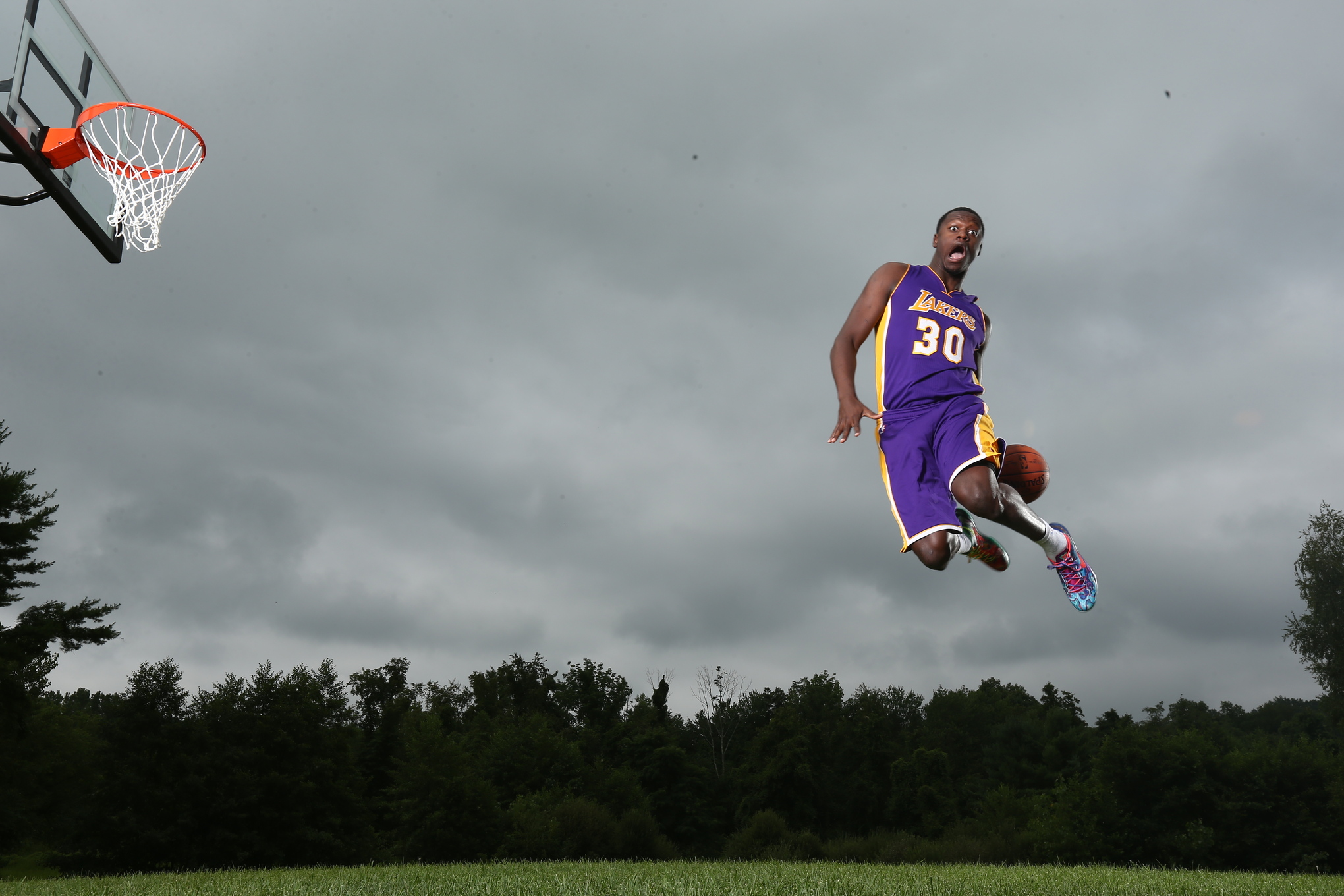 And another one, with a nice extension: 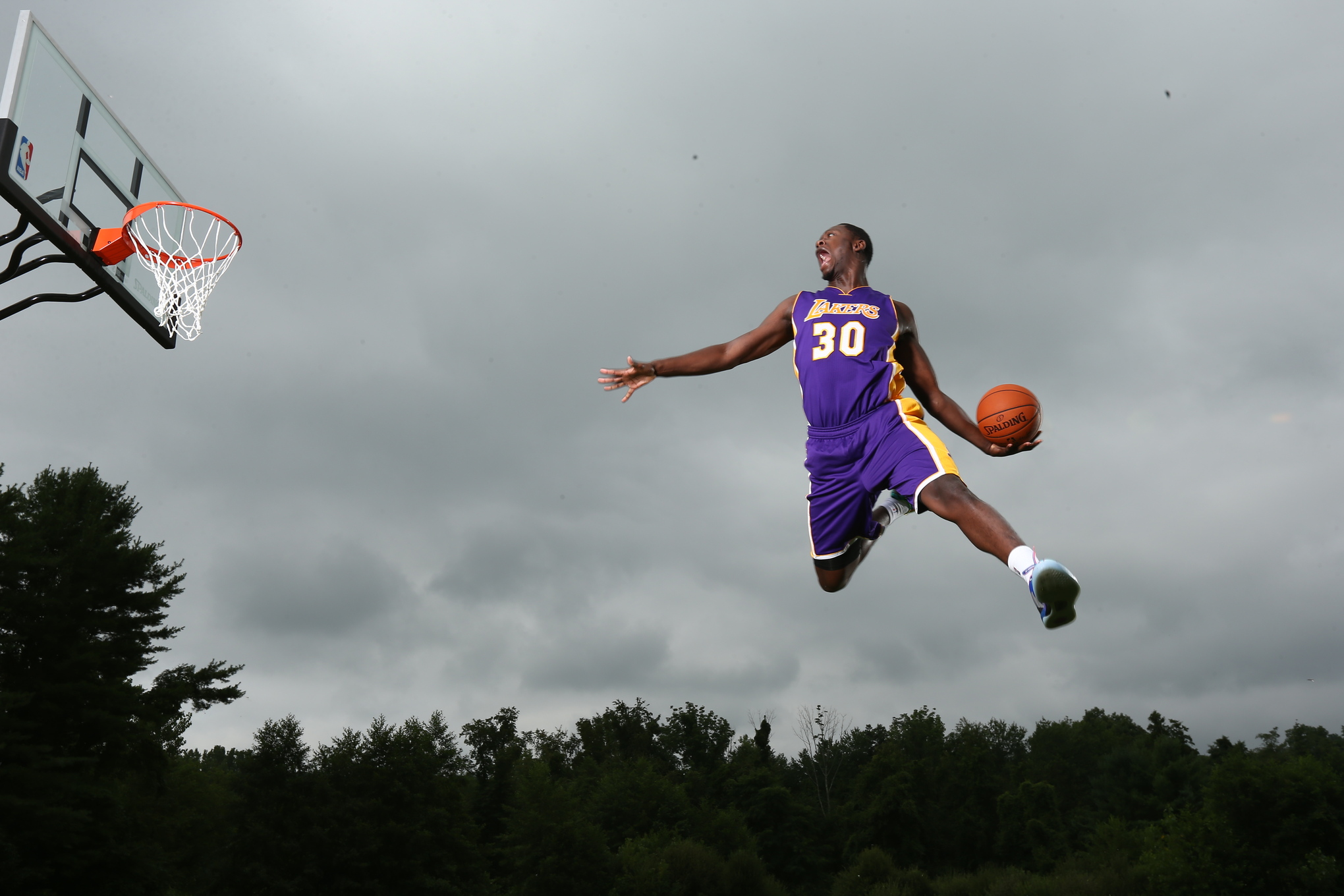 This next one is what we'll call the Ron Artest "Kobe passed me the ball!" face. Note: He's wearing Kobe 8's in the "What The" colorway through the entire shoot: 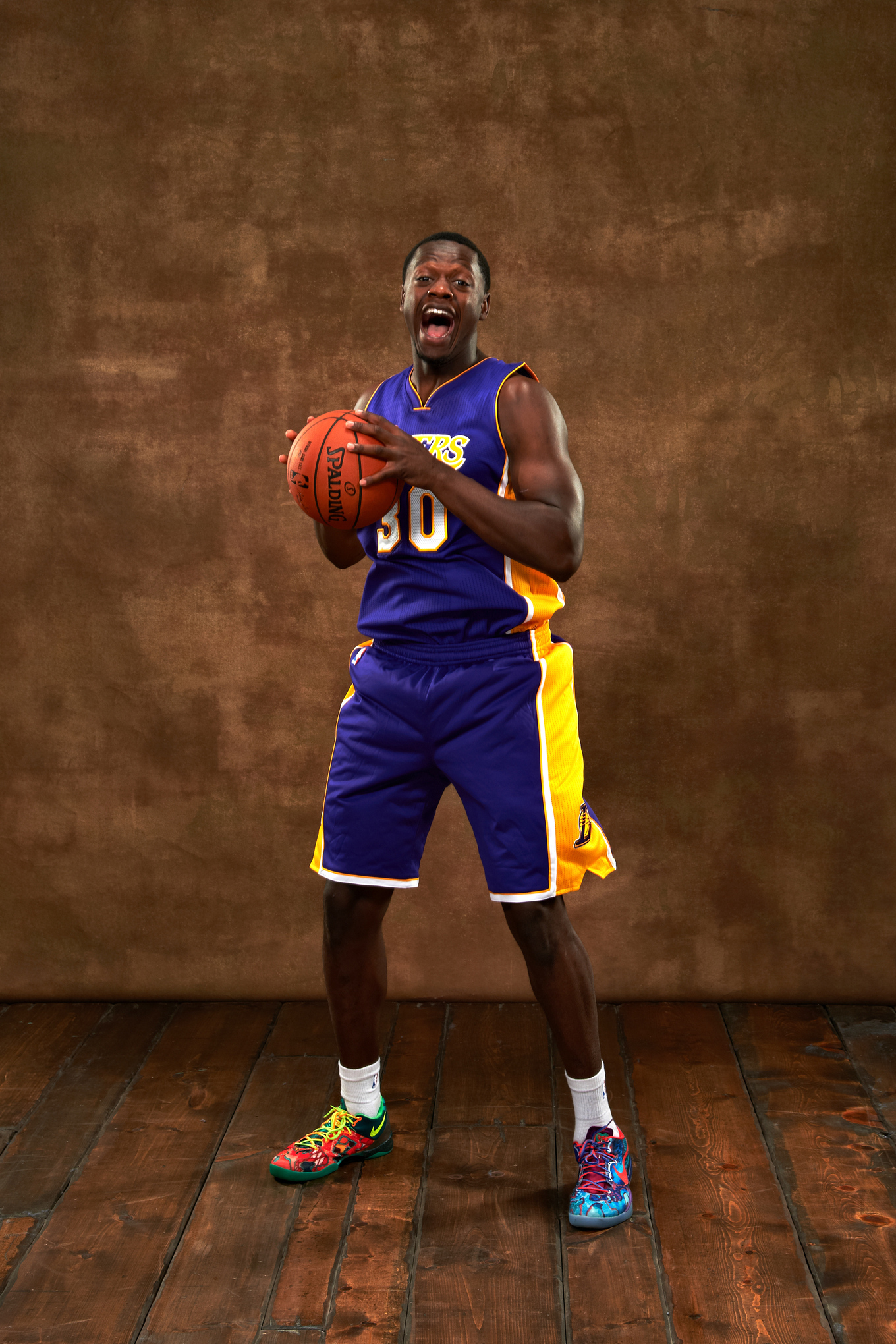 Which can only be topped by this expression here. Besides, we needed more shots of him in the home gold armor: 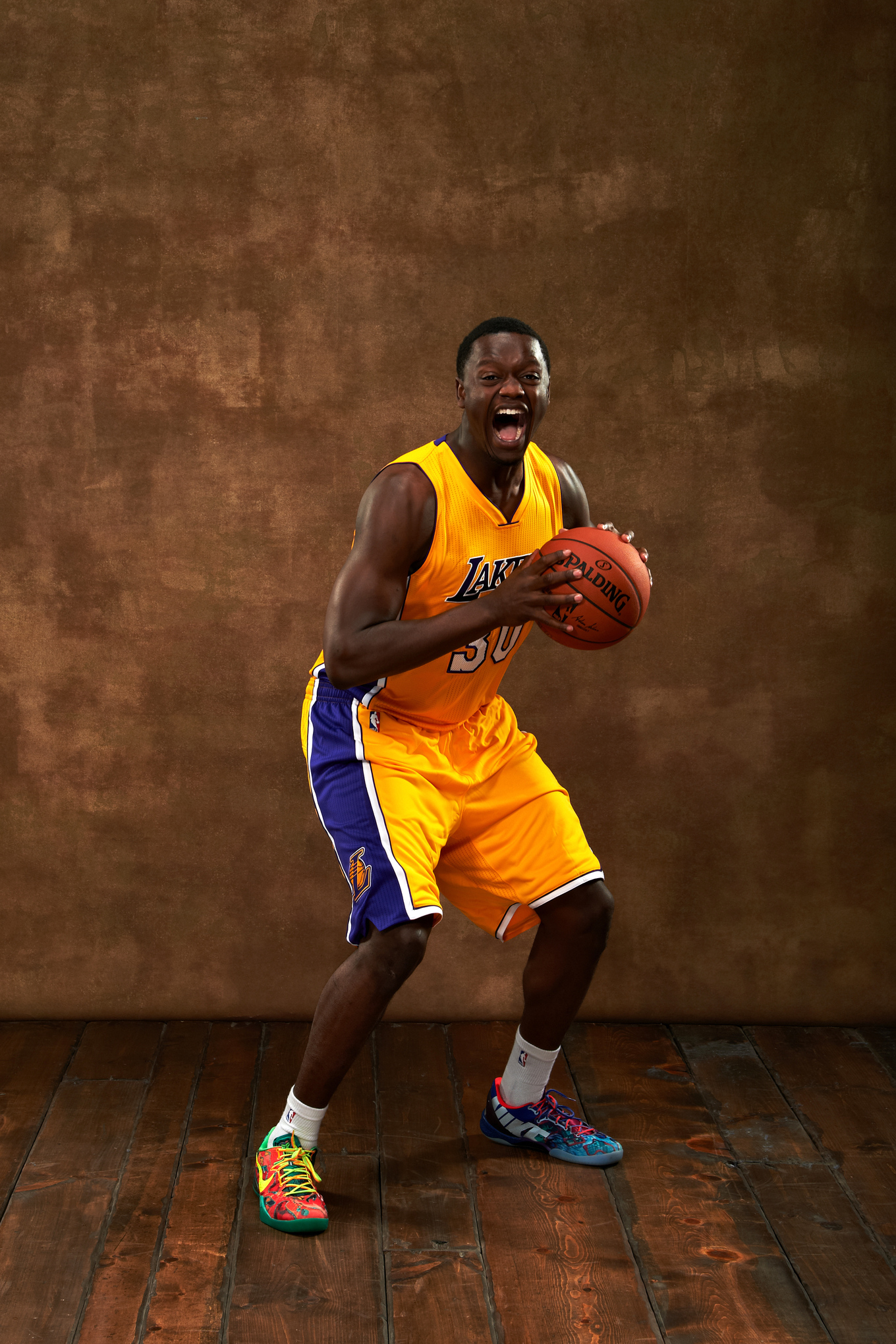 Alas, the seventh-overall pick has a serious side to him as well. Mamba approved, surely: 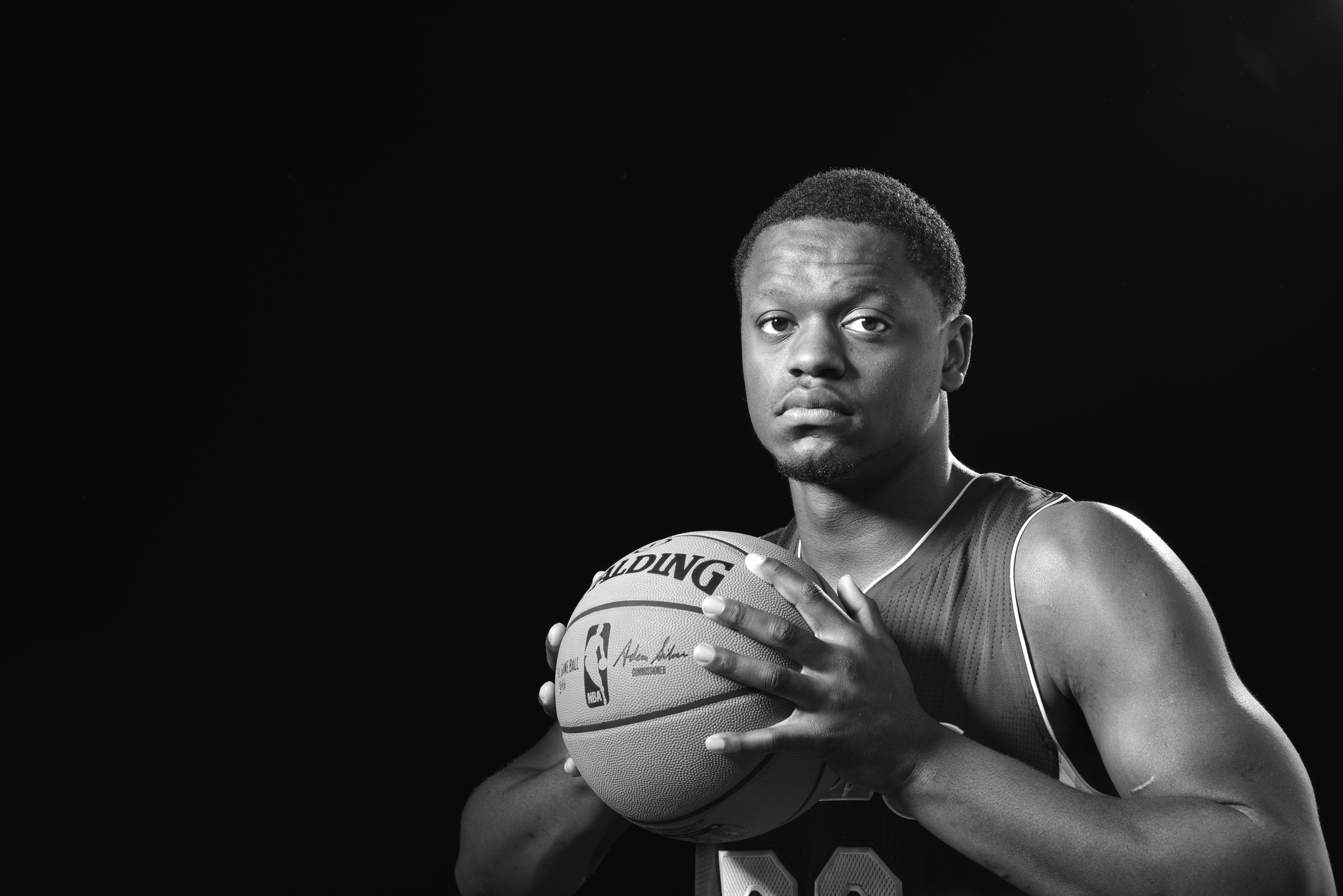 There are plenty more pictures of Randle from the photoshoot right over here if you want to browse through the Getty Images gallery.