Where will the Lakers be 12 months from now?

Where are the Lakers headed, and where will we be 365 days from now? Let's discuss!

Share All sharing options for: Where will the Lakers be 12 months from now?

The off-season swept over the Los Angeles Lakers, and the front office has shown their hand. The roster, and head coach situation, has been written in after months of speculation. We know where the Lakers stand heading into next season, finally. But SB Nation NBA has been tasked to consider where our teams will be one year from now. Let's peer into the crystal ball for a bit.

Kobe Bryant is the big question mark heading into this season, but we'll have a pretty good idea about what he has left to offer as a basketball player by this time next year. Julius Randle will be a fascinating player to watch through the year, but Los Angeles is still Kobe's town.

Maybe he'll come back and serve up a piping hot reminder that he's still Kobe freakin' Bryant. If Kobe can put together a strong season, even if it takes a little time to get things rolling after missing an entire season, it'll be a huge relief for fans and the front office. The level Kobe Bryant is able to play at through the '14-15 season will be a huge factor in how Mitch Kupchak can approach the upcoming free agency period that will have already passed 12 months from now.

A healthy Kobe makes those pitches much easier. A broken Kobe earning over $20 million contract, though? The first results of that test weren't particularly pleasant. 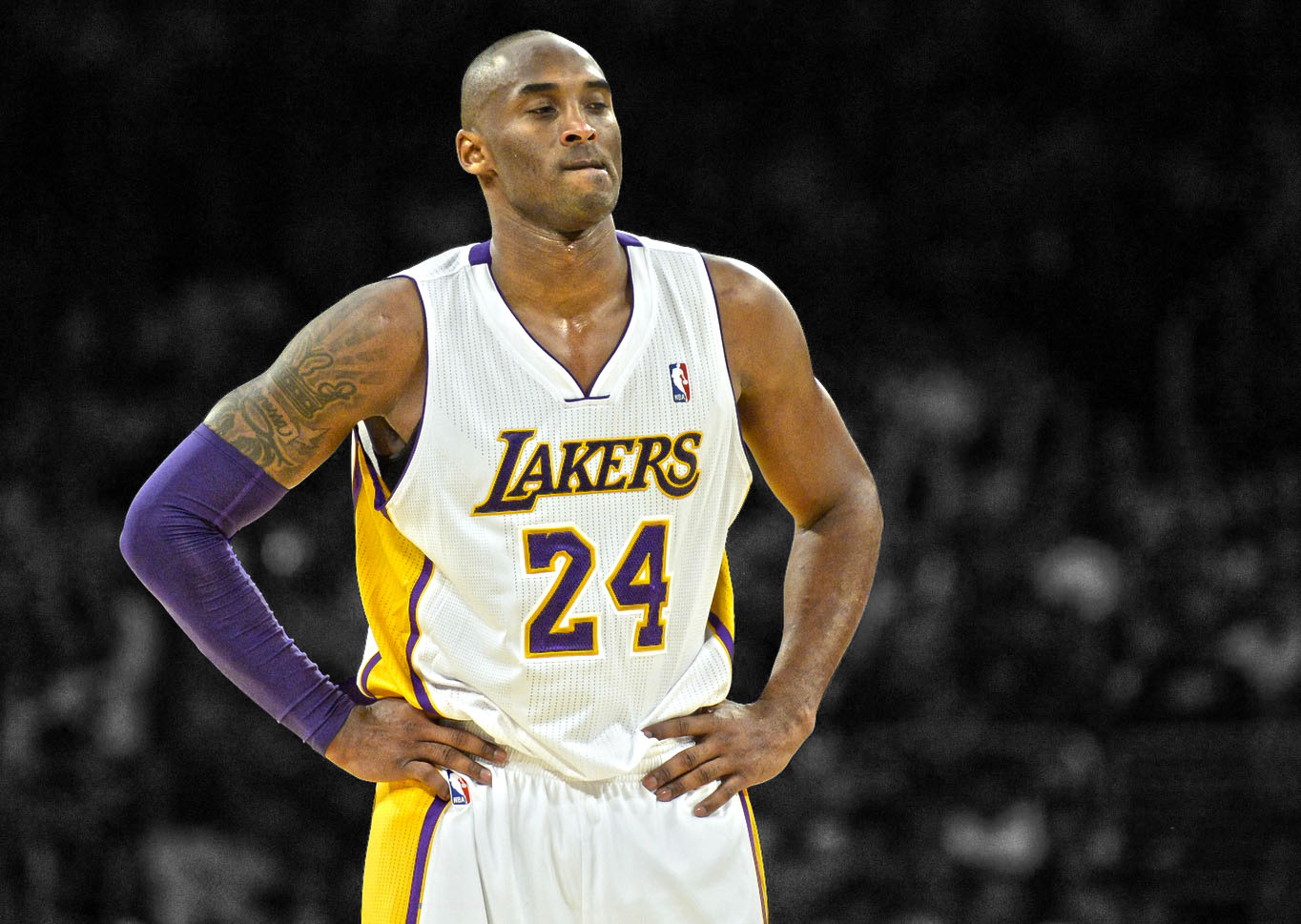 It'll probably take Kobe Bryant a large chunk of the season to find his groove, so the early returns of his season may not be the greatest. Bryant's six games last season were a small chapter of the year, but it's worth mentioning he was in no way in game shape right out of the gates. He averaged 13.8 points and 6.3 assists per game, while shooting 42 percent from the field and 18 percent from three-point range.

Whatever the case may be, we'll have a pretty clear idea about who Kobe Bryant is on the basketball court when we're here next August.

Salary cap space. It's what we've been hearing about, talking about and writing about regarding the Lakers for the past two seasons. Finally, after years of being tied down by weighty contracts, the Lakers would have some salary cap space to use on the next batch of players to deliver a championship to Los Angeles.

The Lakers may have the space, but they already failed to use it one summer. Kevin Love's pending trade to Cleveland dashes another target off of the "come to Los Angeles" list. The list of potential high-profile free agents that can join the team next summer leaves quite a bit to be desired, but the Lakers will be entering the final year of Kobe's current contract and will surely be under pressure to deliver contention-worthy teammates.

Perhaps they try to target mid-career players who can help them contend now. Maybe Rajon Rondo and Omer Asik would be a big enough haul to make the Lakers a threat in the Western Conference. They will have another opportunity to use that cap space again next summer. Missing on valuable free agents, even mid-level talent, would be hard to sell to a Lakers fan base tired of "on hold" seasons.

Where are we headed?

The Lakers lacked direction this summer.

Now, wait, I don't think that' necessarily true, but from the outside looking in? Perception is often reality, and the Lakers have not looked like a franchise heading in any particular way. That should change by next summer.

Direction would be a good start to get the wheels back on the wagon. The Lakers will surely show a solidified front around Scott, which will be the biggest factor in providing stability for the roster. It's been a shaky few years under the Mike-and-Mike coaching era, but hopefully that turns around with Scott at the wheel and Kobe riding shotgun.

While most topics for next summer are in the "wait and see" column, Julius Randle having a great start to his career should be a lock. He's ready enough to contribute immediately, and if he needs to take a smaller role off the bench to ease into the game, the Lakers have depth to play ahead of him to help take pressure off of him.

How Byron Scott manages Randle will go a long way in deciding how his rookie season plays out, but he should be able to take control of that with his play on the court. Next summer Lakers fans should be coming off of  a great first showing from Randle, and be eager for his follow-up campaign.

Randle's rookie season should be the feel-good story of the season, and that momentum should still be rolling when evaluating the Lakers roster next August. Especially when they aren't likely to own the rights to their own first-round draft selection for the 2015 class.

The Lakers will probably be in a better place in August, 2015 than they are in August, 2014. How Kobe Bryant performs through the year will likely be the biggest determining factor into just how far the Lakers can dig themselves out of the hole they've fallen into, but it's hard to imagine they'll get too far out in a single season.

The summer of 2015, however, could go much further than this past off-season. The Lakers won't go into it swinging for the LeBron James or Carmelo Anthony fences, and instead will have to find the best way possible to make use of the salary space they won't be able to ignore for a second straight year.

This means the Lakers will probably look much better on paper than they do right now. Just how much better? Let's get through this season first.

Where do you think the Lakers will be next August?