A long goodbye to Pau Gasol

With the Spaniard's seven year run in LA at a close, perhaps we can now honor him in the way we should have all along.

Six and a half years ago, my friend was batting around balls on a picturesque Northern California tennis court, the sun beaming down on another perfect day in the best state in this country. Right then and there, nothing could interrupt his leisurely pace as he fired yet another scorching serve. Nothing except for a friend running towards him with a cell phone.

"Oh my God! Seriously? Who did we give up? Bynum?"

"No! The trade is Gasol for...let me look...Kwame Brown! Gasol for Kwame!" 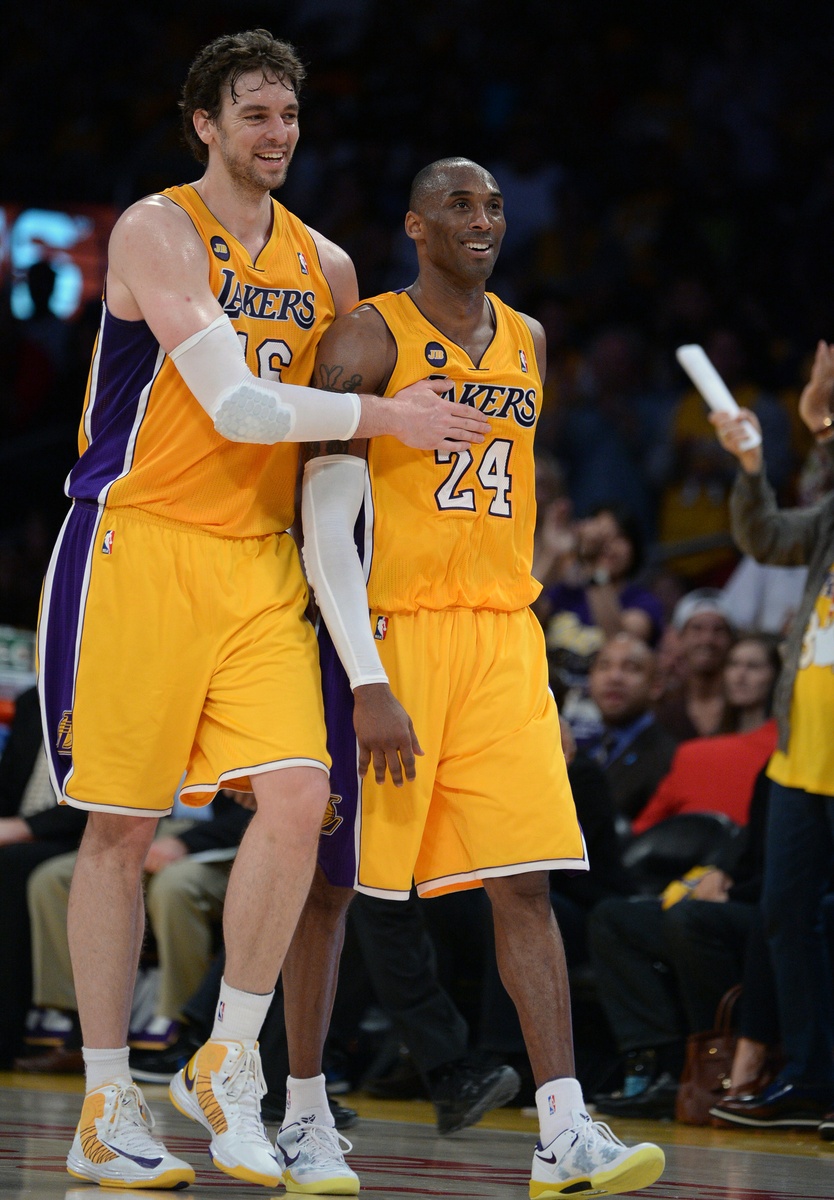 Dave fired up one more scorching serve. And another. And another. Until he was done. He couldn't believe that someone tried to pull a fast one on him with such a ridiculous, clearly fabricated story.

And then he went back to his apartment, looked at his computer and said "Oh my God! The Lakers traded for Pau Gasol with....Kwame Brown!??!?"

Was that your reaction that day? Wasn't that everyone's? Was there a Lakers fan alive that said anything else?

On February 1st, 2008, the Los Angeles Lakers traded Kwame Brown, Javaris Crittenton, Pau's fat kid brother and a handful of draft picks for All-Star center Gasol. For a Lakers team that had languished in foreign territory at the bottom of the playoff bracket, it felt like a seismic trade ... that couldn't have come at a better time. LA had the best record in the Western Conference, a stunning development following a middling 42-40 record in the 2006-2007 regular season and a solid but not overwhelming signing of Derek Fisher in the offseason. A primary reason was the development of Andrew Bynum, who had emerged into an All-Star-caliber player, but had fallen victim to the first of several severe knee injuries.

The addition of Gasol buoyed the Lakers when they needed a life preserver the most, replacing the production of a young, inconsistent center with that of a tenured professional. At the time, Pau was just 27 years old and entering his prime. As much as we all felt that this deal put the Lakers on the precipice of a championship, very few could have anticipated the monumental heights the Spaniard would take us to. That doubt wasn't without good reason.

Gasol was coming off a string of disappointing seasons, including three consecutive first-round playoff sweeps, falling victim to the Dallas Mavericks, Phoenix Suns and San Antonio Spurs. Critics had panned Pau as just another gutless Euro baller, whose game looked closer to a soft cloud on a clear day than a thundering tempest in the middle of the ocean. While there was no denying his talent, Gasol was portrayed as nothing more than a nice player that couldn't ever lead a team to a title. Ever.

But even if that was the word swirling around the Spaniard, Lakers fans hardly noticed in his first half season with the team. With Gasol in the fold, the team went 27-6 the rest of the regular season, with their new center immediately fitting into Phil Jackson's triangle offense and igniting a chemistry with Kobe Bryant that hadn't been seen since his best days with Shaquille O'Neal. Praise was heaped on Pau as not just the season savior, but as perhaps the primary catalyst in hurtling the Lakers towards their 15th NBA Championship.

Two months after that concluding regular season contest, Pau went from a scraggly faced saint to a scapegoat of mythic proportions.

The Lakers were destroyed by the Boston Celtics in the Finals, as Kevin Garnett, Paul Pierce, Ray Allen and Rajon Rondo brutalized Bryant, Gasol and company with their toughness and physicality. Kobe of course took a great deal of criticism for an inefficient shooting performance, but it was Pau who felt the brunt of the city's anger.

Whatever the reason, from his very first postseason, Pau Gasol was under appreciated and overly criticized.

I can't think of a synonym for "soft" that wasn't thrown the Spaniard's way. Even with a 15/11/3 average over six games, Gasol was thrown into the fire as the symbol for the Lakers demise. It was him that was most visibly bullied by Boston's bruising frontline, as Garnett and Kendrick Perkins outsmarted LA's big man at every turn.

In some ways it was a fair criticism. After all, KG and Perk--if I may use a phrase popular with the kids these days--really did make Gasol their bitch. However, let's not get it twisted: there wasn't a single player on the Lakers who was exempt from this expression. Any man in purple and gold, whether it be 1 through 15, simply weren't as good as the Celtics. Perhaps the giant target on Gasol's back was only magnified by his intelligence and articulate speech that echoed through his genuine sense of contrition after the Finals. Perhaps his kindness as a person was exploited through the press as a sign of weakness. But whatever the reason, from his very first postseason, Pau Gasol was under appreciated and overly criticized.

However, amidst all the mudslinging and grave digging, he would respond to his postseason failures as a champion does: he got better. He got a lot better.

Gasol posted 18/10/3 over the next two seasons, ramping up his averages to 19/11/3 in the postseason. Pau became a better post defender and somehow, an even more versatile offensive player. He got stronger and more determined, seemingly taking notes from two of the greatest competitors in NBA history: Kobe Bryant and Phil Jackson. Pau's contributions led to two more Lakers championships, including a 2010 title in a seven-game war with the very same Boston Celtics. In the very rematch that had marked one of the more difficult periods of his career, Gasol was simply a warrior. In 42 minutes per contest, he notched 18.6 ppg, 11.6 rpg, 3.7 apg and 2.6 bpg, including a near 20/20 in the deciding game. It was the truest of redemption stories: Gasol had gone through his trials of fire, only to emerge from it as a champion whose will was fortified with the torturous memories of games gone by. Though Kobe Bryant was again awarded the Finals MVP, there were many -- this author included -- that will continue to argue that the true Finals MVP hailed from Barcelona, Spain. Even at the greatest moment of his professional life, we didn't value Gasol highly enough.

And then, from the highest heights, Pau could only tumble downwards. His next three postseason performances fell far from his Finals numbers, averaging just 13 points on .436 FG% shooting, 9 rebounds and 4.6 assists. Despite helping the franchise towards two titles that they absolutely would not have won without him, the fans disparaged Gasol in a manner that would suggest he had never done anything worth a damn in the first place. Trade rumors circled Pau as if the Spaniard had his own gravitational pull, as Lakers fans focused increasingly on what he couldn't do rather than what he was capable of. There was no doubt that the big man was slowing down as he crept into his early thirties, but looking at him then when compared with his most current (and glaringly diminished) season, it's striking how much he was criticized then as a still potent offensive and defensive player. 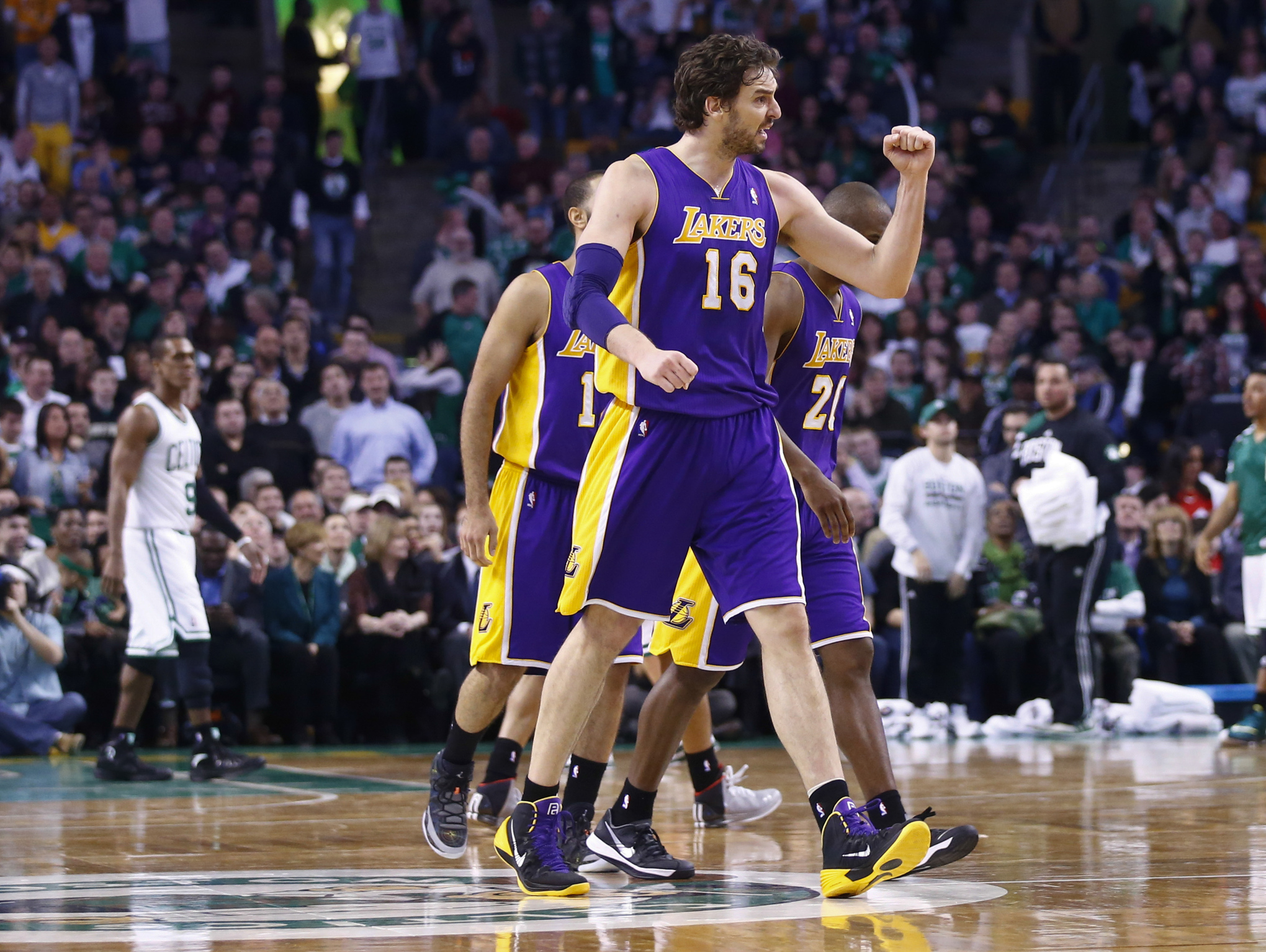 As I look back on one of the greatest seven season runs in franchise history, I can't help but feel melancholy not only for losing such a phenomenal player and person, but also because he wasn't fully appreciated in the way that he truly deserved. Gasol was in his late twenties when he came to the Lakers, both well compensated and quite established with 6 1/2 seasons of NBA action under his belt. Some players would be complacent with this level of success, satisfied with an All-Star berth and an eight figure paycheck. But not Pau. He never stopped improving his game and finding new ways to better himself season after season.

Gasol had been dogged with trade rumors for years, including a near-trade for Chris Paul before the 2011-2012 season. Through it all, Pau proceeded with as much class and dignity as any man could have feasibly mustered. Regardless of how many times the Lakers communicated that they wanted to jettison him for other pieces, the Spaniard kept on coming to work, seeking to get better and to help his team win. He treated his job like--gasp!--a job, shaking off any semblance of petulance or ill will that, quite frankly, no one could quite fault him for. Time after time, he was asked to come back to work after very public near-trades, only to find a carousel of head coaches asking for him to change positions and adapt to a bevy of offensive and defensive roles well out of his comfort zone.

Perhaps now we can properly show love and respect to a man who never deserved all the scorn headed his way.

Through it all, Gasol acted with a sense of grace and dignity all-too-foreign to the modern athlete. He was a professional through and through, a gentleman in situations where it would be entirely understandable if he were anything but. Whether it was hordes of Lakers fans calling for his departure, critics repeatedly asking questions of his toughness long after he proved its existence or the front office openly plopping him right on the trading block, it feels like we've been waving goodbye at Pau Gasol for the longest time. Nothing he did  was quite enough to quell those cries season after season. It felt that just as soon as his toughness was moderately accepted in what has been coined as the franchise's greatest Finals triumph, critics were openly opining for the team to jettison an "aging player".  Except in the rarest of moments, we never quite appreciated him enough for what he was. It's ironic--it seems that we were always too busy looking at his future, while the man himself couldn't do anything besides trying to be satisfied in the present.

It's sad to me that Pau Gasol had to leave town in order for us to give him his proper due. Without the constant preoccupation on his next destination, perhaps we can finally honor him in the way he's truly deserved for too many years. Perhaps now we can properly show love and respect to a man who never deserved all the scorn headed his way, a man who was maybe too good of a person to be involved in the fickle world of professional sports.

So long, Pau. Thank you, for everything. 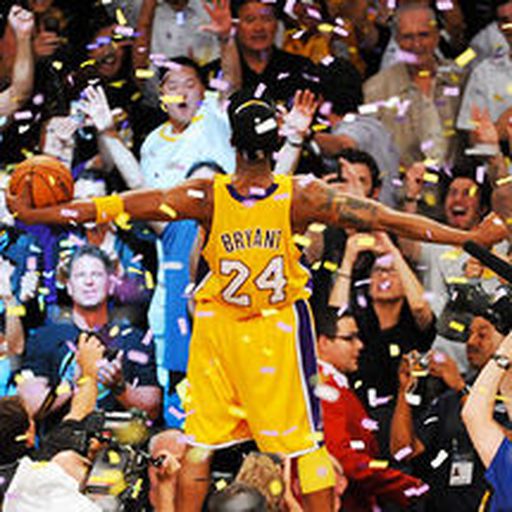 Writer for Silver Screen and Roll, the finest Lakers website on the planet.