At least it wasn't 50 points. The Los Angeles Clippers annihilated the Lakers with a 142-94 beat down. This was the worst loss in Lakers franchise history, and it was at the hands of the Clippers. What is there to say about a game where the Lakers gave up 44 points in a single quarter. That's more than they scored in the entire second and third quarter combined.

This sums everything up: 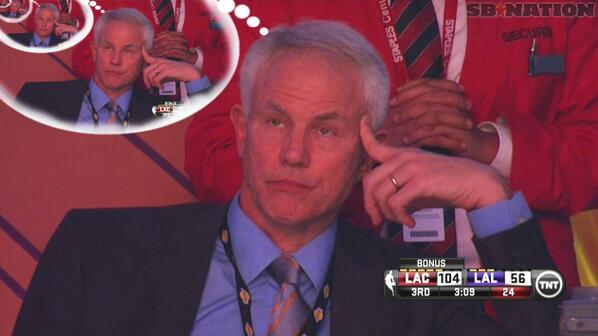 The Clippers ended the night with four double-doubles. They achieved all of their double-doubles by the third quarter. Matt Barnes, DeAndre Jordan,. Blake Griffin and Chris Paul put in all-around work in no time. Eight players finished with double figures in scoring for the Clippers. Darren Collison -- not any of the previous players listed -- scored a game-high 24 points.

The Lakers offered no rim protection, little to no effort on defense and were killed for it. On the bright side, they did hold a seven-point lead once and weren't beaten wire-to-wire. Just to a goopy, bloody, massacre-eque pulp.

Oh, and no time to lick wounds. They play the Denver Nuggets on Friday. In Denver. Get your oxygen masks ready.