Yes, we'll take a sweep of the Celtics.

The Los Angeles Lakers haven't had a memorable season, but the team completed the season-series sweep of the Boston Celtics in a 101-92 victory. The Lakers had a huge fourth quarter swing, outscoring Boston 38-18, led by new Laker MarShon Brooks scoring 10 of his 14 points in the final frame.

Six Lakers reached double figures, led by Pau Gasol and Chris Kaman each scoring a team-high 16. Newcomer Kent Bazemore also had a great night, scoring 15 points in 33 minutes and showing off his length, athleticism and fit in transition on a Mike D'Antoni coached team.

Sure, the trade deadline didn't go off with a bang for the Lakers, but the additional wing depth was a great find and it shined immediately. On the same day the Lakers announced Kobe Bryant wouldn't be re-evaluated for another three weeks, the team flexed their wing depth against the Celtics.

And yes, the Celtics aren't good. They're a below average team in the middle of their own rebuild, but these little victories make this season tolerable. Sure there might not be playoffs, but sweeping the Celtics is a win. Sure, injuries have depleted the core, but the game-winner against Houston was fun. Yeah, the team has a murky future, but they opened the season with a thrilling victory over the Clippers.

The Lakers are off until Sunday, when they face the Brooklyn Nets before hitting the road to face the Indiana Pacers and Memphis Grizzlies. For one night, though, let us rejoice as a fan base. 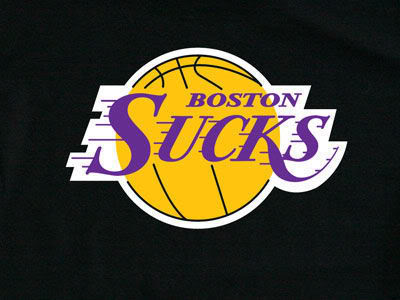