Despite a torrent of rumors revolving around players like Chris Kaman, Jordan Hill and of course Pau Gasol, Jim Buss, Mitch Kupchak and company don't make any trades before the noon deadline.

All the Lakers got today for their troubles was an expensive phone bill and 17,000 tweets regarding their talented front court personnel.

The noon deadline came and went today, ending with LA making no moves after their game time trade of Steve Blake last night. Chris Kaman, Jordan Hill and to a certain extent Pau Gasol were all discussed and shopped by the team, but despite just $6 million between them and being under the luxury tax, nothing was consummated. Kaman and Hill, surprisingly, were the team's two hottest commodities today, with the Brooklyn Nets, Cleveland Cavaliers, Phoenix Suns, Philadelphia 76ers and Charlotte Bobcats being in on one or both players at some point or another. Strangely, other bigs like Spencer Hawes and Byron Mullens were on the move, and yet LA's talented pair couldn't find a home. It's not clear yet whether or not this was a case of other teams wanting them enough to part with even a second round pick, or them demanding the Lakers send an additional asset away, knowing their perilously incremental proximity to the luxury tax line.

The first domino has fallen at the trade deadline for the Lakers, as the team has dealt Steve Blake to the Warriors for Kent Bazemore and MarShon Brooks.

The rumors on Pau Gasol, for all the years worth of trade speculation, were surprisingly muted today. The Suns and Bobcats--thought of as the most likely destinations if indeed the Spaniard were to move--weren't connected to him in any public fashion, with Charlotte focusing on a deal involving Gary Neal, Luke Ridnor and Ramon Sessions and Phoenix keeping its team completely intact. As I wrote a half dozen times, there were too many factors that made a Pau acquisition difficult, including, but not limited to: his age, defensive deficiencies, dollar figures and expiring contract status. Barring a completely unforeseen circumstance (a buyout), Gasol will shockingly finish out his contract in Los Angeles. The team will now look to free agency to swing a sign-and-trade deal with Pau, or perhaps (though unlikely) even re-sign the Spaniard to a discounted contract.

For those that are pro-tanking and those that aren't, this was a win-win situation for the Lakers. For the members of the former group, fear not--even without giving away players, this team is still really, really bad. There is no need to exclaim "embrace the tank". It's already happened. If the team was able to get any assets for Kaman or Hill, it most likely would have happened--after all, Steve Blake was traded for two players that may have been non-roster camp invitees for other teams next season. 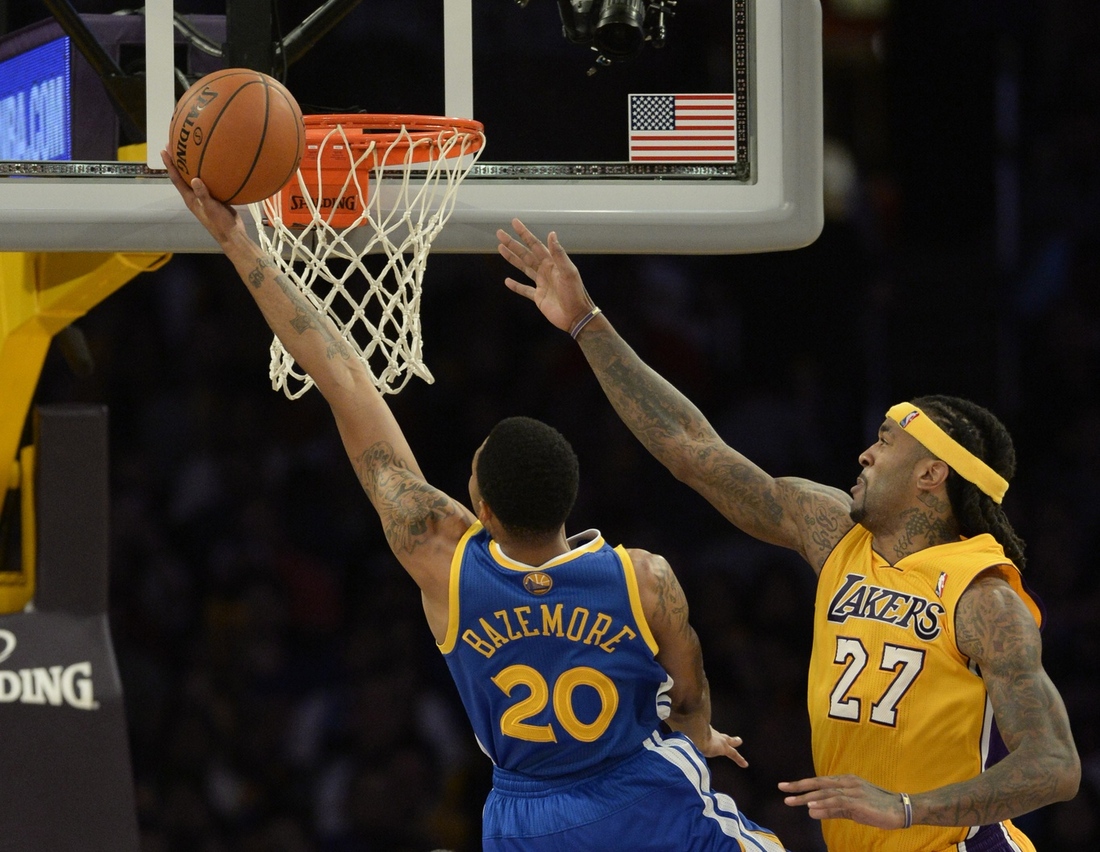 Regardless of all the chatter, nothing came to pass with LA, leaving the team with expiring contracts in the form of Gasol, Hill, Kaman and Meeks, despite months of speculation that they'd be prime trade targets. Their big maneuver before the deadline will of course be the Steve Blake trade, which brought back two young swingmen, Kent Bazemore and MarShon Brooks. The Lakers will spend the next 28 games evaluating them and deciding if they have a place on the 2014-2015 squad.

As with most trade deadlines, there was a whole lot of commotion, but not a lot of action. For better or for worse, the team you see now will be your Los Angeles Lakers for the rest of the season.