Lakers Tweetbag: All Kendall Marshall everything

Share All sharing options for: Lakers Tweetbag: All Kendall Marshall everything

I admit I have not paid attention to Marshall prior to tonight. He apparently has 30 foot range and great vision. What are his down sides?

Kendall Marshall refused to talk about himself in walk off interview on @TWCSportsNet. Would only thank his teammates for play around him.

Nick Young, scoffing at threat of NBA fine for postgame interview wearing shades: "Me and Stern tight like that..."

D'Antoni said Marshall is smart, only have to tell him something once. Biggest thing D'Antoni wants: PG to set a rhythm, and he did that.

Pau said if he hadn't skipped recent Lakers games with illness he "would probably still be hurting" and wouldn't have played so well now. 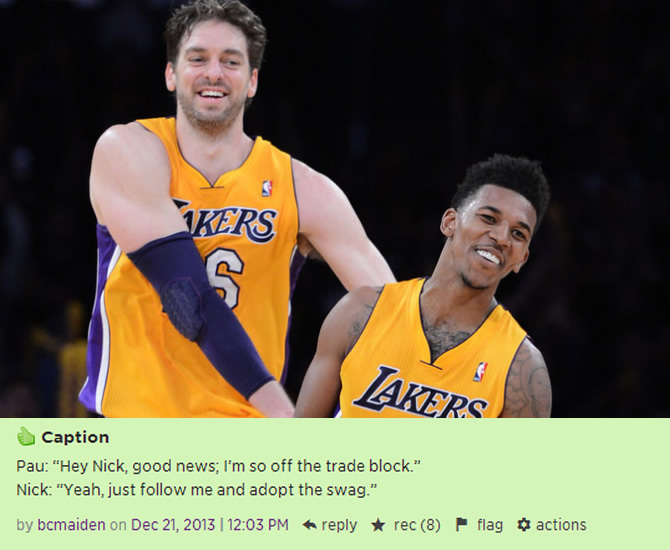 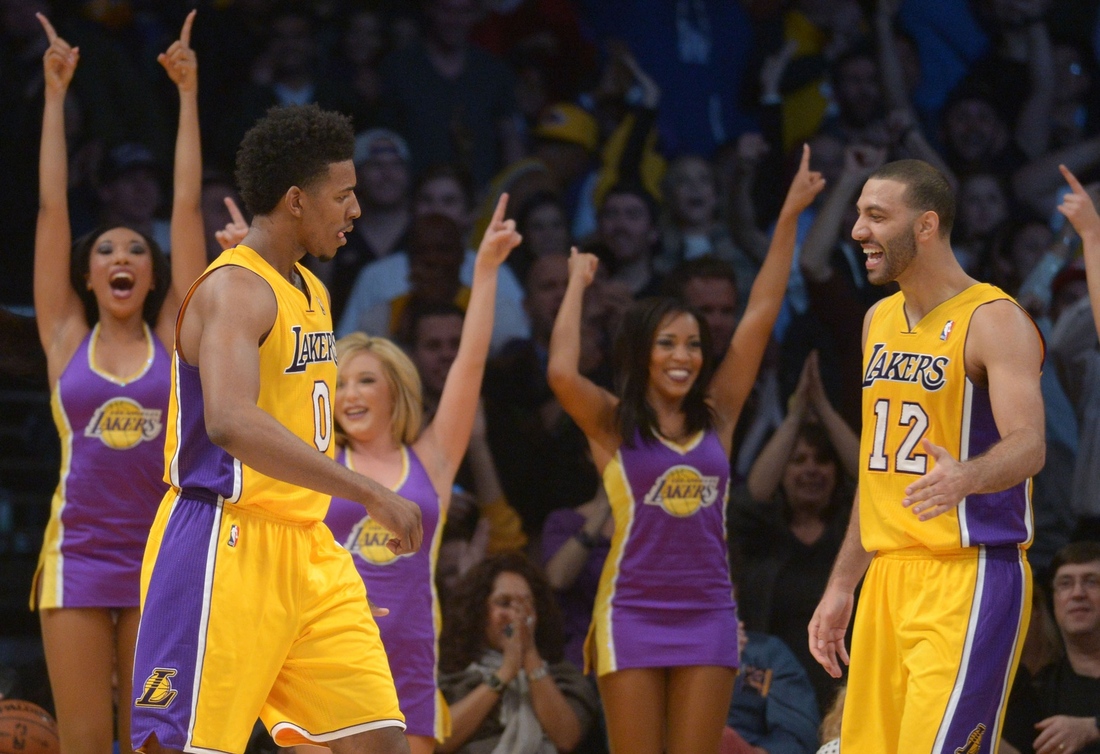