How Nick Young fits in the Lakers' offense

Some thoughts on how Nick Young can fit into the Lakers offense, and why limiting his isolation attempts shouldn't be an issue.

Share All sharing options for: How Nick Young fits in the Lakers' offense

Nick Young is returning to Los Angeles to play for the Lakers this summer. The California native will be expected to fill out the Lakers wing rotation and is likely to see plenty of minutes at both small forward and shooting guard. His role will largely be dependent on Kobe Bryant's recovery and how the other perimeter additions pan out.

Mike D'Antoni will have to put Young in position to succeed and limit the amount of isolation opportunities he is allowed in order to bring the best out of Swaggy P.

The Playbook: The importance of Jordan Hill for the Lakers' defense

Here's an example of a fast break opportunity going terribly wrong for the Philadelphia 76ers. It starts off innocent enough with Jrue Holiday pushing the ball up the court to Young: 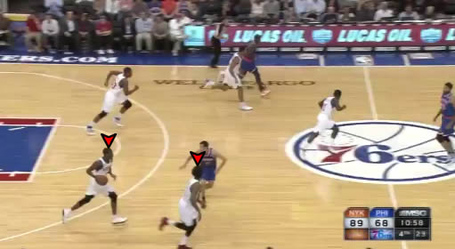 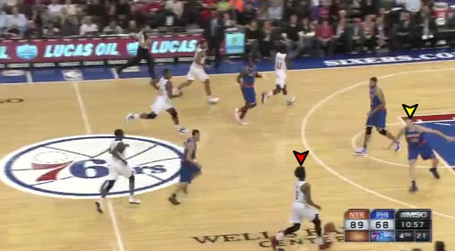 Young, however, takes the fast break hostage. With a defender in front of him he settles on a contested jumper. There are still 19 seconds on the shot clock and the Sixers were built to run a slow-paced offense. They were 20th in the league in pace, averaging 91 offensive possessions per 48 minutes. 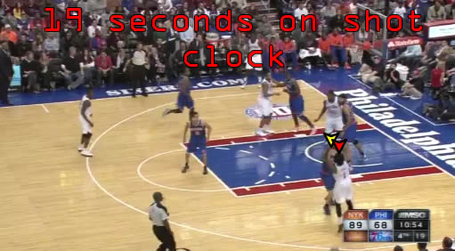 Fortunately for the Lakers they shouldn't have a problem keeping the ball out of Young's hands. Young should find himself parked in the corner for the majority of offensive possessions with Kobe Bryant and Steve Nash serving as primary ball-handlers.

This is an area Young will have to improve.

The biggest change for Young will likely come in the form of where he takes the majority of his three-point attempts from. Recently hired Lakers player development coach Larry Lewis discussed the importance of players getting to the right spots on offense and examining old film from Mike D'Antoni coached teams to find how players can be used:

Lewis: You have to study, previously, what's going on in that system and how certain players get theirs in that system. Mike's been running this system for a while now, and you can go back and look at how players got their shots, for example, in Phoenix or New York, or in certain actions last season in L.A. 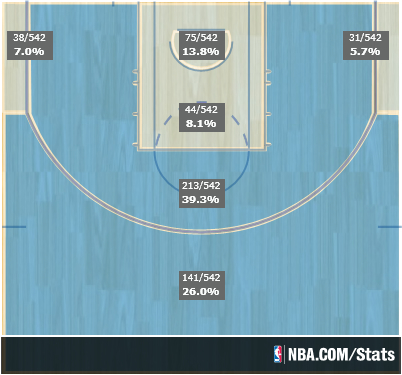 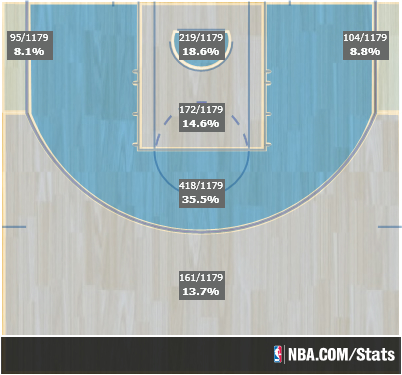 The shorter distance makes a difference. Over the last five seasons, the league has shot 39.2 percent on corner 3-pointers and 35.2 percent on 3-pointers taken above the break (where the arc turns into a straight line). That difference in percentage produces an extra point scored every 8.2 attempts.

So where else can the Lakers use Young within the offense? One of the dimensions that Young brings to the Lakers that has been sorely missed is his ability to create his own shot. It isn't a basket that the Lakers should put very many eggs into (unless a nice omelette is the goal), but one that will exist nonetheless. As seen here, it can end well at times:

Other times, not so much:

Young, a career 37 percent three-point shooter (35 percent in 2012-2013), isn't a three-point specialist but still demands respect from perimeter defenders. Paired with his ability to handle the ball and shoot off the dribble, Young should find plenty of opportunities to attack his defender when he closes out.

Young will be on the receiving end of either the Nash or Bryant passes. He should be more effective than Jodie Meeks or Metta World Peace at creating once the ball is in his hands.

Here, Young will receive a pass after the defense is pulled away from the weak-side, where he's set up: 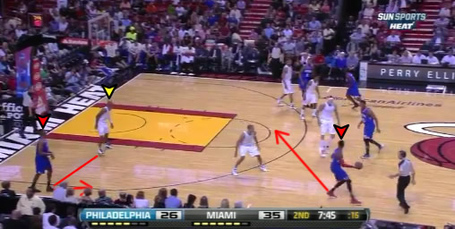 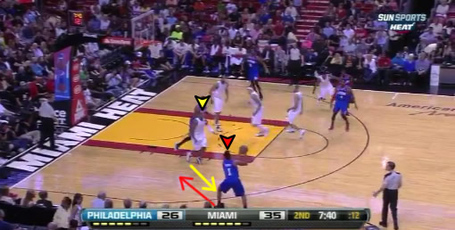 Young pump fakes Allen and attacks him off the dribble. Allen is behind the play after closing out too hard, and Young hits the mid-range shot. 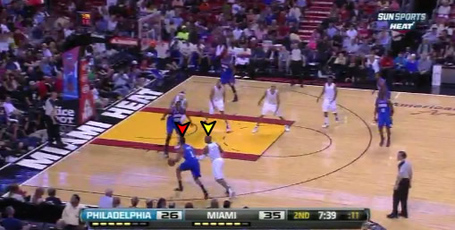 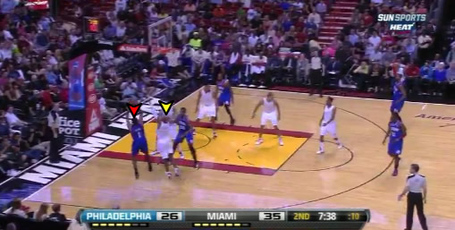 39 percent of Young's shot's were from mid-range last season -- a higher percentage than even Kobe Bryant (34 percent). For Young to be effective for the Lakers he'll also have to put the ball on the floor and drive to the rim.

Here, Jrue Holiday drives into the paint against Tony Parker. Young is parked on the three-point line with Danny Green as his defender.

Holiday pulls Green away from Young and then kicks out to the perimeter.

Green closes out on Young but is off-balance. Young takes Green off the dribble and finishes at the rim before Tim Duncan can rotate as the weak-side help defender.

Young should also be an off-ball threat in Horns sets. Philadelphia used Horns often in 2012-2013, and Young would often play off of screens away from the ball. It was a noticeably consistent area that Young was effective for Philadelphia after poring over endless Sixers film.

Here, the Sixers set up in Horns and will use an off-ball screen at the elbow to create space for Young:

This creates a pocket for Young to put up a field goal. His defender is behind the play because of the screen and the opposing big is caught in the paint. The play is well-executed and Young drains the mid-range jumper.

Young's ability to shoot off the dribble will give the Lakers another option out of Horns. Here's a second example of Young being used off-ball out of Horns:

The biggest challenge with Young won't be limiting his offensive possessions -- the Lakers have both Kobe Bryant and Steve Nash to control the ball. The problem will be finding areas on offense where he can be effective. If he doesn't drift out to the corners in transition and improve his long-range shooting percentages. Mike D'Antoni will also have to develop options for him to work off-ball in Horns sets, which is an aspect Young has experience with from his time with the Sixers.

Sometimes things will look smooth with Young on offense, sometimes not so much, and other times we'll just have to enjoy a year with Swaggy P: