Playing Pau Gasol and Chris Kaman together on defense could be a nightmare for the returning defensive specialist coach Kurt Rambis.

The Los Angeles Lakers have re-tooled their roster after the departure of Dwight Howard, and while the offense may not suffer much, their defense could be in the bottom five of the league. The Lakers ranked 20th in defensive rating last season (106.6 points allowed per 100 possessions) with the hobbled three time Defensive Player of the year anchoring the unit.

The Lakers and they have not added a defensive big man to account for this loss, instead signing Chris Kaman. Kaman is a clear fit on the offensive side of the ball with his ability to pick-and-pop and spread the floor, but the pairing of Kaman and Pau Gasol on defense could be disastrous.

The Lakers' defensive rating was 105.5 while Howard was on the floor . When he was off, the Lakers allowed an average of 110.5 points per 100 possessions. The +5 net gain was the largest differential between all starters, according to data from Basketball-Reference

Where they are likely to suffer most is in pick-and-roll coverage. Los Angeles ranked 19th at defending the ball-handler and 26th in defending the roll man, statistical data from MySynergySports shows. Howard was instrumental in these areas, while Kaman and Gasol are both liabilities.

Chris Kaman and Pau Gasol will both struggle staying in front of ball-handlers out of the pick-and-roll. If both players are on the court together, opposing teams will be able to use either of their frontcourt players as a roll man, pop man or pillar to create space for their point guard.

Here's an example of Ricky Rubio seemingly floating to the rim as the Minnesota Timberwolves use a high-screen set by Nikola Pekovic:

Pekovic sets a high-screen, giving Rubio space from Nash and the chance to attack Gasol. 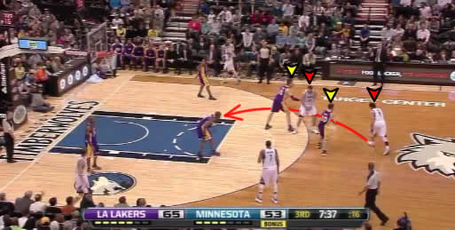 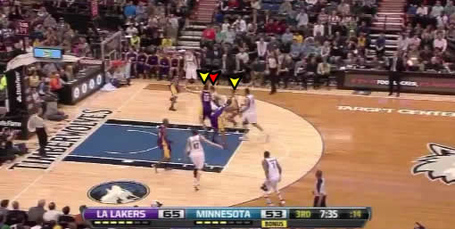 Gasol can't slide his feet quick enough to stay in front of Rubio, who finishes at the rim with ease. 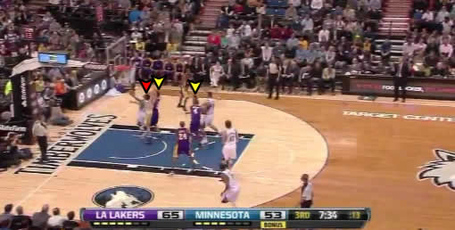 Rubio has no problem cruising by Nash and Gasol and isn't in the top echelon of athletic freaks at the position.

Should the Lakers play Gasol and Chris Kaman together -- which seems like something Mike D'Antoni expects to happen because of their complementary offensive skill sets -- Los Angeles will be unable to cover a high-screen and protect against dribble penetration.

Dragic drives into Kaman, who jumps the opposite way. This creates a direct lane to the rim for Dragic. 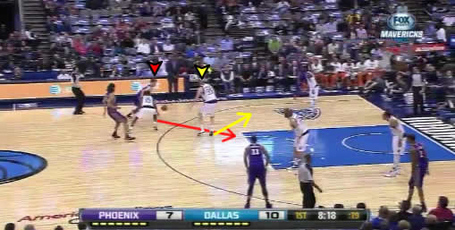 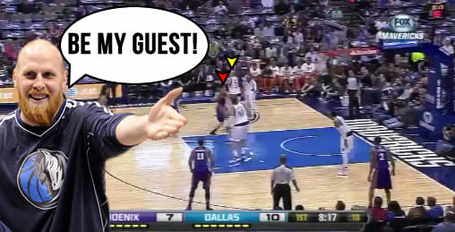 Kaman is unable to recover quickly enough and Dragic finishes the layup. 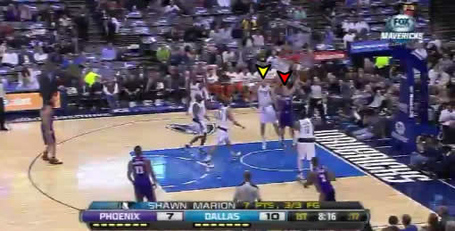 The roll man, too

Kaman shifts with Ray Allen out of the pick-and-roll, but Allen isn't looking to attack the rim. Allen shifts Kaman away from Chris Bosh, who pops up to just outside the free throw line. 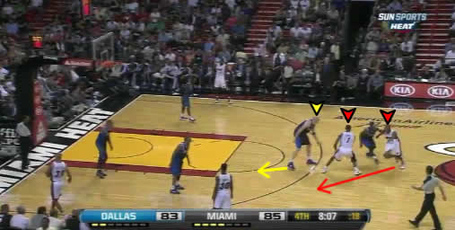 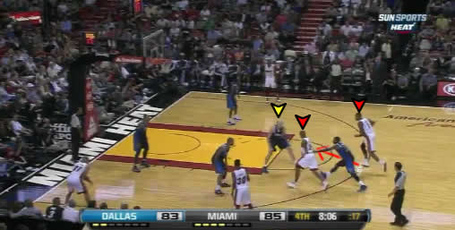 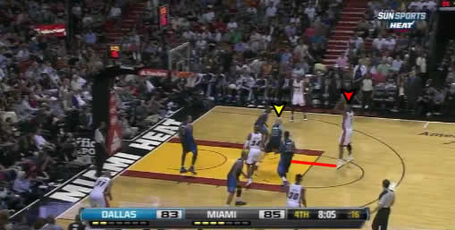 Gasol will have similar difficulties, as seen below: 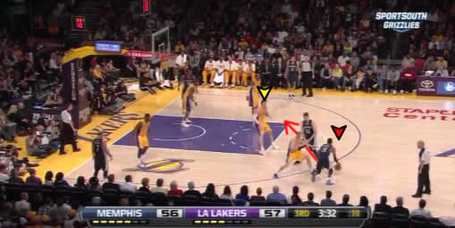 Gasol did not have to move much to help Steve Blake over the top against Mike Conley. Conley dishes to Gasol, however, who gets a clean look at the basket before he can rotate back. 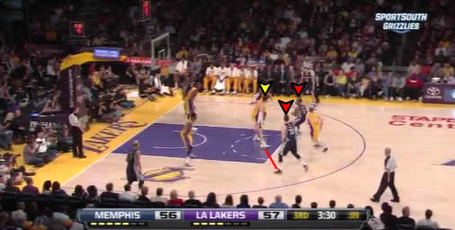 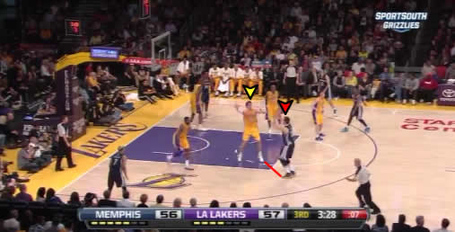 Both players lack the mobility at this stage in their careers to cover the ball-handler over the top while also accounting for the roll man. The current NBA landscape necessitates this ability from frontcourt players on defense.

Playing both Kaman and Gasol at the same time could prove extremely damaging based on their inability to cover the pick-and-roll. The Lakers frontcourt rotation isn't particularly deep with only Jordan Hill as a "proven" defensive player, though he has played just 68 of the last 148 games. Gasol played in 49-of-82 games last season and dealt with tendinitis issues in both of his knees, which is an ailment unlikely to disappear. Kaman played in 66-of-82 games last season, 44-of-65 games in 2011-2012, and 37-of-82 games during the 2010-2011 season.

That leaves Robert Sacre, Elias Harris, Marcus Landry (should he advance beyond training camp) and Ryan Kelly to fill minutes because of health issues, which are sure to arise, or because they fill a role. The only way the Lakers can minimize the floor time that Gasol and Kaman share is by one of these four players playing well enough to earn minutes.

Will Mike D'Antoni be open to expanding his rotations? On Wednesday D'Antoni told ESPN Los Angeles Radio that he expects to run an 11-man deep rotation. It was also at D'Antoni's request that Kurt Rambis was added to his coaching staff. Rambis is expected to focus on defensive coaching, where he previously introduced the "strong side zone." His challenge will be finding a defensive system that works for this group of mainly veteran's minimum players and aged stars.

There are many unknowns about how this group can play together, especially on defense, but the challenges ahead are clear. Defense is played as a five man team on the floor together, but that team is built by their individual abilities. Pau Gasol and Chris Kaman on the floor together could become an unsolvable Rubik's cube for Kurt Rambis to solve, and he won't be able to rearrange the stickers so he can call it a day.