As the Los Angeles Lakers align their options on the perimeters another player that they have reached out to is Wayne Ellington, according to Dave McMenamin of ESPN. Ellington was traded to the Cleveland Cavaliers in the middle of the season and had a strong finish to his year. 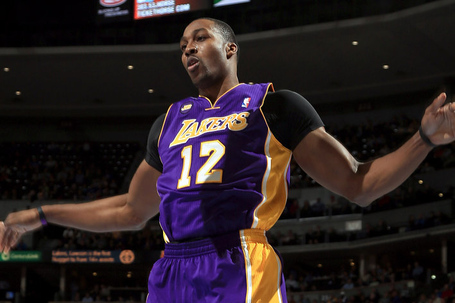 Dwight Howard is officially a free agent, but hopefully he doesn't leave the glorious city of Los Angeles. The place he was smiling from ear-to-ear after being traded to.

In the 38 games he played for the Cavaliers he averaged a career-high 10.4 points per game on 43 percent shooting. Ellington is a career 38 percent shooter from beyond the arc, fitting the mold that Mitch Kupchak is seeking this Summer.

Ellington made $2 million last season. At 6'4, Ellington can only slide in as a shooting guard, while the Lakers are in the market for a player that can -- at the very least -- slide up in pinch situations. From the outset, this immediately looks like a match that won't align based on money and team needs.