Are the Mavericks going to trade their lottery pick as they prepare to make a run at Dwight Howard this Summer? Multiple sources have told Chad Ford Dallas is considering it.

Are the Dallas Mavericks looking to trade out of the 13th overall pick in the 2013 NBA draft to clear cap space before making a run at Dwight Howard? ESPN reports that "multiple sources" are informing Chad Ford the Mavericks will explore trading their lottery pick for financial flexibility going into free agency:

Always a bridesmaid, never a bride 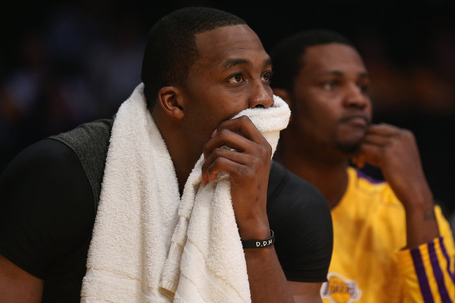 With reports coming out that Dwight Howard is considering leaving Los Angeles to move to Dallas, Mavs fans hopes will rise again. Here's why they should all stay grounded.

Multiple sources have told ESPN.com's Chad Ford the Mavs are likely to shop the pick in hopes of creating the cap space necessary to make a run at Dwight Howard in free agency.

Earlier in the week it was reported that Howard was "intrigued" with both the Mavericks and Houston Rockets, and will explore his free agency options before making his decision. Howard's free agency begins on July 1.

Dallas trying to shave salary to take a shot at a big name in free agency isn't an unheard of strategy for the franchise. The Mavericks have been looking to add a superstar to the team since winning the 2011 title, but missed on Deron Williams last Summer. Both Howard and Chris Paul will likely be targeted by Dallas (as well as every other team with cap space).

It's unclear if the Mavericks would be looking to only clear the cap hold from the draft pick, or tag more salary into the deal (Shawn Marion's $9 million expiring comes to mind). With O.J. Mayo opting out of the final year of his deal and both Darren Collison and Rodrigue Beaubois as restricted free agents, the Mavericks will have $37.2 million on the books if they do not bring back any of their players hitting free agency.