Lakers pick up a huge win in Indiana, final score 99-93

The Lakers picked up a statement victory in a win without Kobe Bryant in Indiana.

Share All sharing options for: Lakers pick up a huge win in Indiana, final score 99-93

The Los Angeles Lakers picked up a big win over the Indiana Pacers, final score 99-93. With Kobe Bryant missing the majority of the game after attempting to play on his ankle, the Lakers' role-players stepped up and won themselves a ball-game.

The Lakers made a stand as a team. Steve Blake, Metta World Peace, and Antawn Jamison served as huge contributors in the absence of Kobe. Blake, specifically, was a monster. Steve Blakezilla stomped through Indianapolis and left no survivors. 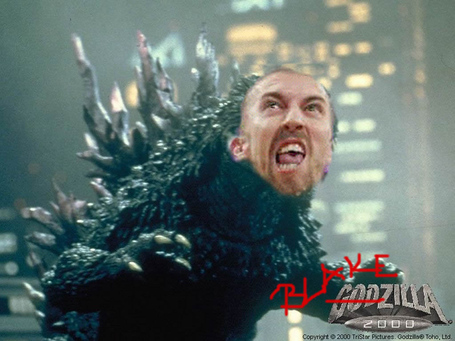 Blake had 18 points off the bench and went five-for-seven from deep, had seven assists, six rebounds, and four steals. Metta had a huge scoring tear in the third quarter to bring the Lakers back from yet another hole they fell into and ended the night with 19 points. Jamison added in another 17 points off the bench while grabbing seven rebounds and going four-for-seven from beyond the arc.

Kobe Bryant tried to play on his sprained ankle but played 12 minutes while going 0-for-4 and called it an early night. Still, Kobe was actively engaged with teammates during huddles, was spotted drawing out plays on the clipboard, and was yelling out reads from the bench. He also had one bag of almonds on the sideline for the night.

The referees and clock crew in this game were atrocious across the board. But that's basketball, and funk is funk no matter how many times you dissect how funky it is.

The Pacers were led by George Hill's 24 points. Roy Hibbert pulled down 10 rebounds but couldn't get it going from the field (but, in true Lakers-season fashion, he hit a three point field goal) going only 3-for-12.

Dwight Howard found himself in early foul-trouble but picked up another 12+ rebound game to go with his 20 points and 4 blocked shots.

The Lakers head back to Los Angeles and will play the Sacramento Kings on Sunday, followed by a visit to Phoenix to take on the Suns.