Bulls at Lakers preview: Lakers can step into the playoffs with a win

The Lakers have a chance to pencil their name into the playoffs with a win over the Chicago Bulls today. Can they send the Utah Jazz spiraling down from a cliff and out of the playoffs today?

Share All sharing options for: Bulls at Lakers preview: Lakers can step into the playoffs with a win

They've done it. Well, sort of. The Los Angeles Lakers are effectively a half-game out of the playoffs as the Utah Jazz hold the tie-breaker. Their record is identical to that of the Utah, though, who are now only hanging onto the cliff with their pinky finger. Today, the Lakers can stomp on their playoff hopes and watch them fall to the ravine down below like Wile E. Coyote. It will take a win over the Chicago Bulls, who recently stunned the Jazz with a late victory, but it's within reach for purple and gold, which isn't something that could have been said last month. They've climbed back into the driver's seat despite fate taking Pau Gasol, Jordan Hill, Steve Nash, Steve Blake, and 25% of Dwight Howard's back for huge stretches through the season. 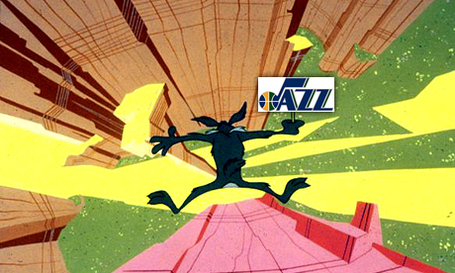 So it all comes down to this single game. The Lakers made a giant step forward when they finally hopped over the .500 barrier with an improbable win over the Toronto Raptors (which was following a miraculous comeback against the New Orleans Hornets). Now, to take another giant leap, they can pencil in their name into the eighth seed today. The Lakers have won seven of their last nine games since the All-Star break and have been riding an [insert adjective] stretch of performances from Bryant. Or the Black Mamba. Or Vino. Whatever cape he's wearing, it really doesn't matter, because the 24 on his chest has been their to save the Lakers and it has been a pleasure to watch. Speaking of cliffs, Kobe basically went out on a zip line and has saved his team from Wile E. Coyote's fate these last two games. 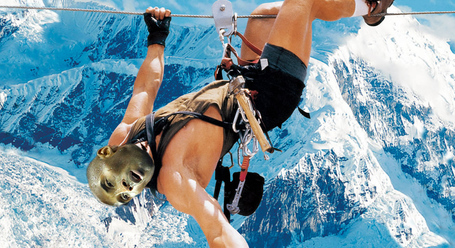 The Bulls have split the ten games they've played since All-Star break, and are in the midst of a "will Derrick Rose play this season" saga. Rose has been cleared to play, but is still putting off the return for the time being.The Bulls did the purple and gold a giant favor when Marco Belinelli hit a game-winning three in the final moments against the Jazz, but that favor will hopefully not be re-paid today. With Rose out, the Bulls have been led by folk-hero Luol Deng, who leads the league in minutes per game at 39.1 per game. During his league-leading minutes, he is average 16.3 points per game, with only a 42.4 percent shooting percentage from the field. Which, obviously, means that he is going to go bonkers against the Lakers and shoot 14-of-18 from the field and 4-of-5 from deep for the Bulls. Because every Lakers game needs a randomly chosen player from the other team to liven up the game.

Beast or Burden: The Lakers offense took a sustainable approach

The Joakim Noah-Dwight Howard matchup will be key in this game. Noah is the kind of active player that can give Howard fits while his conditioning isn't up to par. While Howard is leading the league in rebounds at 12.1 per game, Noah is hot on his trail at 11.4 boards each outing. Look for Noah to cover a great deal of ground when the Lakers go to the high-screen pick and roll game that has been so effective lately. He has very active feet and is great and protecting the rim while recovering on defense.

The winds are changing for the Lakers, though, and this could be a big gust of affirmation to what they've done since the All-Star break to turn the season around. Howard has taken a new approach since then and had plenty to say about using Kobe as inspiration to make himself both a better man and player, and to his credit he has certainly been a better player since then. Kobe has played on an obscene level for remarkable stretches. Will we see them do this again without the Lakers digging into a double-digit deficit right out of the gates? That's the next step, not more fourth quarter and overtime heroics.

- Check out the latest at Blog a Bull regarding D. Rose.