Lakers Take a Bite Out of the Timberwolves, 116-94

Lakers did their job and beat an inferior team. IT WORKS, GUISE!

Share All sharing options for: Lakers Take a Bite Out of the Timberwolves, 116-94

The Los Angeles Lakers picked up a huge win in their chase of the playoffs in a 116-94 drumming of the Minnesota Timberwolves. Kobe Bryant once again led the team to a decisive win, and the bench came up big for the purple and gold.

Just a few weeks ago the Lakers played the 'Wolves in Minnesota and fell completely flat. Yes, they somehow escaped with a win, but only narrowly as they built enough brick houses to shelter the population of Timberwolves still roaming ferociously throughout the streets of Minnesota, which may or may not be very many. But the Lakers missed a ton of shots and responded poorly to the zone defense the Muskies put on them. 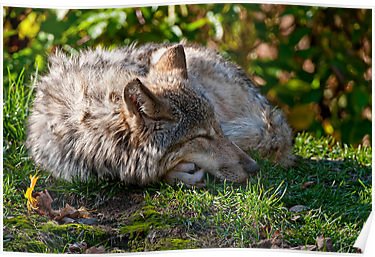 Ricky Rubio after being rocked to sleep by Kobe. Picture via redbubble.com

Kobe's 33 points, five assists, and five rebounds rocked the Timberwolves to sleep. The Wolves were able to stop the howling early tonight while the Lakers ran their all-world bench out to soak in the final minutes of a glorious game. Devin Ebanks is apparently not invisible after all and played real (sort of) minutes of NBA action in the blowout win.

Tonight no zone was safe as the Lakers shot an even 50 percent from beyond the arc on 16 for 32 shooting. The bench as a whole score 52 points, an astounding number for a squad that has been rotating guys in and out. Perhaps Mike D'Antoni was right in his exuberant enthusiasm in finally landing the elusive Pokémon that is Steve Blake, as the bench has been playing well since he has returned to the lineup.

Overall a big win for the big picture of this big season. The Lakers move to two games behind the Houston Rockets for the eighth seed in the Western Conference, and next play the Atlanta Hawks on Sunday at home. An enjoyable, non-anxiety inducing game for the Lakers to let marinate until it's time to cook some Hawk.

SoCalGal's Highlights and Lowlight (only one!?)