Nick described his postgame look by smashing together two words that have never occupied the same space: #SwaggyRambo pic.twitter.com/Ks78yuUrLZ

Great team win tonight!! We played as a unit and we had some fun doing it. @NickSwagyPYoung energy was contagious. SwaggyP moment! #Lakeshow

D'Antoni on Nick Young's energizing personality when the team is down: "He's Swaggy out there. ... And he starts swaggin' or something."

Nick Young "tripped over some popcorn" late in the game, but he's OK. @LAIreland has the scoop next on #Lakers postgame

More D'Antoni love for Young: "I could not ask for a better player, human being and teammate." Gasol said Young's energy is contagious. 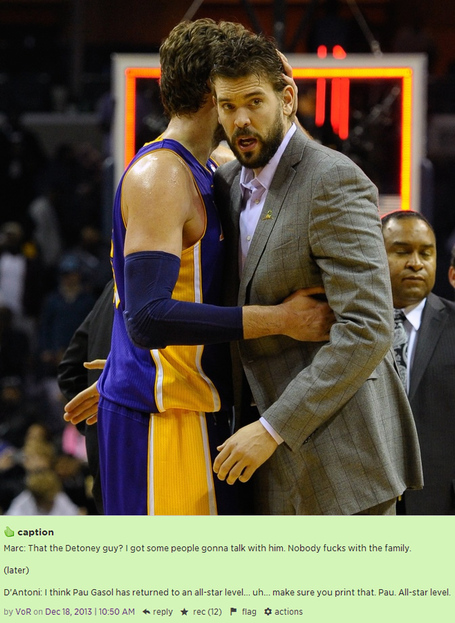 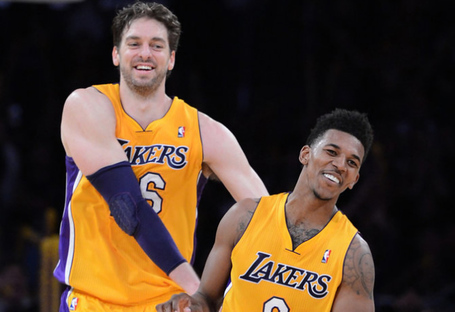