Kobe enters game, Lakers outscore Bobcats 13-6 down the stretch to win the game. This will never not be awesome to watch.

Fun finish for Kobe? "Particularly on the road. It's always fun to close a team out down the stretch."

Next is ATL; Kobe turned ankle last year. "Unfortunately Dahntay Jones is not there anymore, so I have to wait till somebody picks him up."

Kobe said he yelled at Pau (good-naturedly) one last time in the locker room, saying: "I can't throw him the ball if he's got no thumbs!"

Kobe: "The Achilles feels fine." Said there will continue to be some expected soreness w/t ankle joint as he gets stronger.

The goal remains the same for Kobe Bryant: "I want to win a championship. I want to be playing in June." 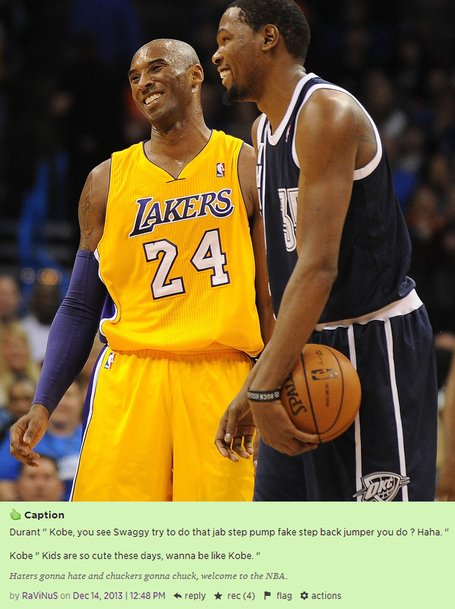 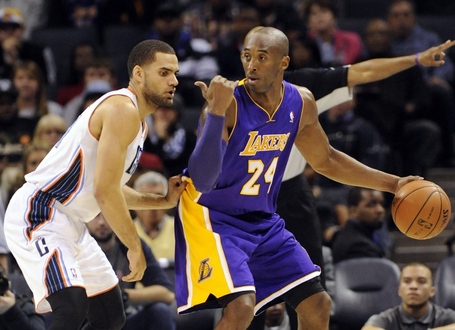 This is why Pau rolling to the rim is important: