Gasol really channeled his inner Kobe tonight. He was even dancing with the ball between his legs at the end. All he needed was the jaw jut

File it in the obvious department, but D'Antoni said "I don't think so" when asked if Kobe would be returning to play Sunday

J.Hill on his bone bruise: "Off the court, it stiffens up & bothers me but during the game, w/ the adrenaline flowing, I don’t feel nothing"

Pau said he played the game with a lot on his mind, particularly his brother Marc leaving the Memphis game with a knee injury.

D'Antoni: "Everyone is rooting for everyone. We didn't have that last year. Obviously we are not as talented, but it's a lot better team."

Pau has 24--$24,000 from him to Philippines relief via UNICEF--and is in line finally to pass Meeks (8) for Lakers season scoring lead.

Here’s the "Yeezus" look from Nick Young, who said he’s trying to rep his No. 19 GQ nod (You can thank me later). pic.twitter.com/AZq1PweU6u

D’Antoni said L.A. worked on trapping this week in part because GSW can be ISO heavy at times. Said it worked well enough today. 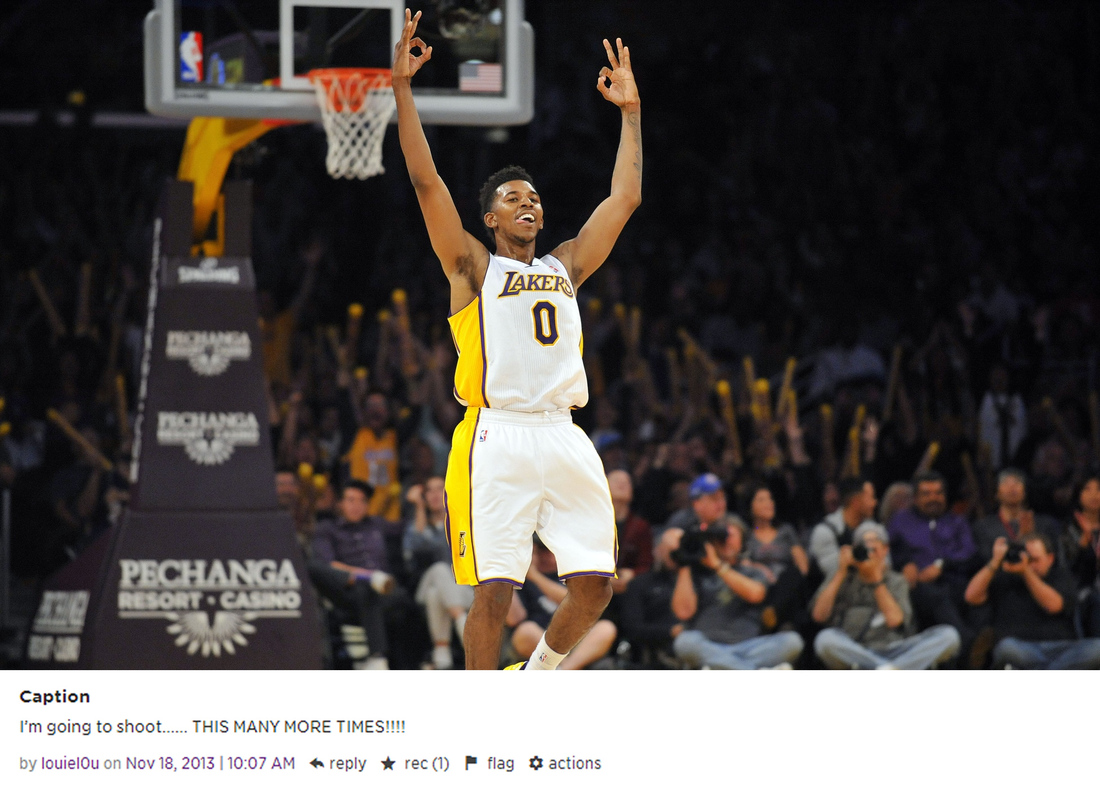 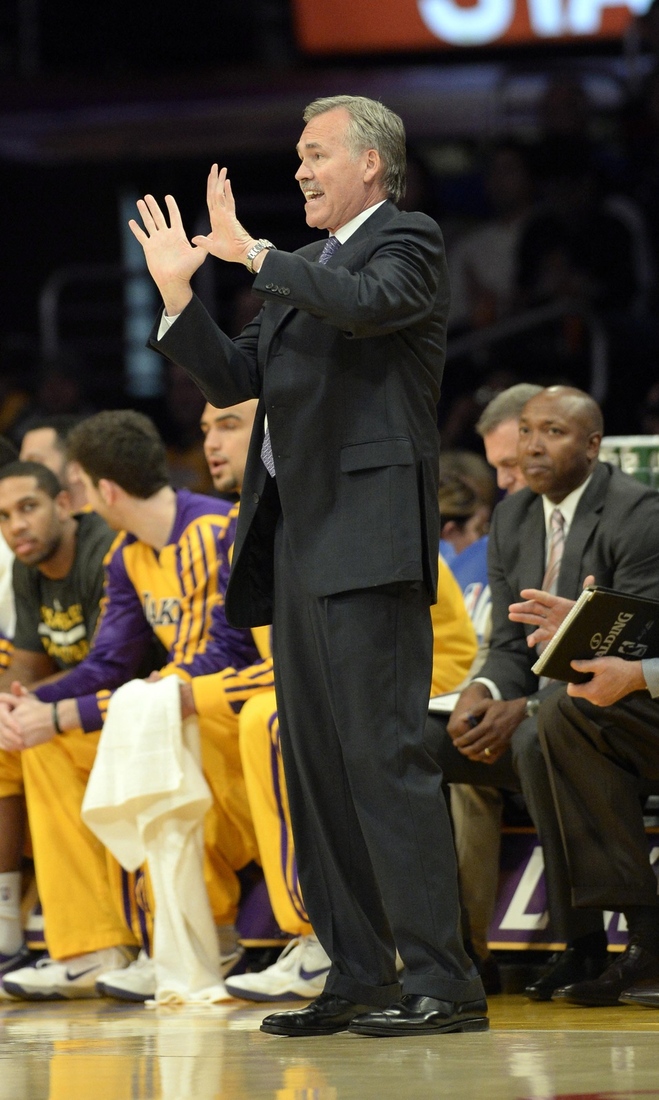