Share All sharing options for: Stray Bullets: Live in Boston

Last night I had the pleasure of being at TD Garden to watch Kobe and the Lakers beat the Celtics on their home parquet. There's nothing sweeter in my basketball life than the Lakers beating the C's, no matter where they play (until the Lakers learn how to beat LeBron), and especially since Boston got good again. Last night was especially sweet considering the tension in the building from an overtime game that went to the wire. Of course, the Lakers pulled out the win, 88-87, thanks to a huge night from Pau, who Boston just loves to call soft. Just passed over for the All-Star Game in place of his lil bro, he dominated Kevin Garnett, putting up 25 points, 14 rebounds, 3 assists, and 2 blocks. How you like dem apples, Beantown? The Lakers have now beaten the C's in their house in four straight seasons. Another win in Boston. How about that Ray Allen? 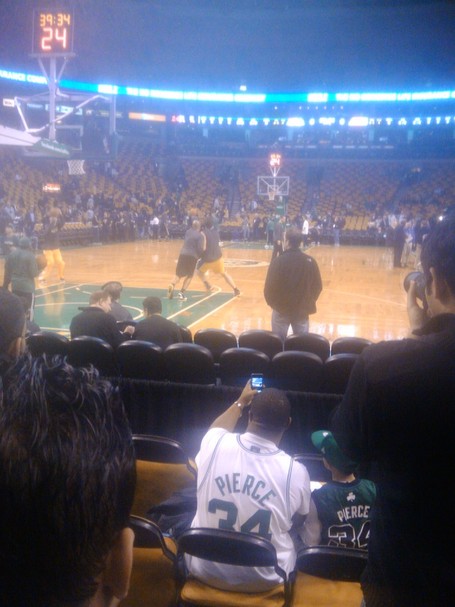 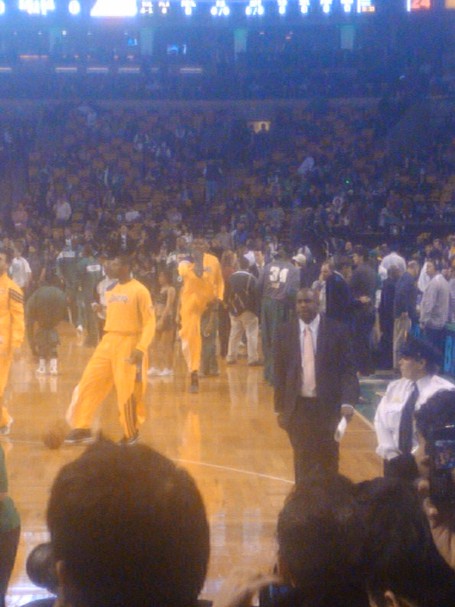