If you've been around these parts a while, you know how we like to do.  Before the beginning of each new playoff series, each of SSR's scribes will peer into the crystal ball and tell you how the series will play out.  Or they'll just guess it out of their ass, like all predictions are.

After the jump, the combined knowledge and beliefs of your fine editorial staff. 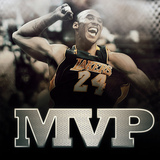 I think this series is being over-hyped, in a way. First off, while it is the first time Kobe and Dirk are meeting in a post-season setting, despite their lauded careers resulting in many Playoff runs, it's likely that neither will prove the absolute key to their team winning the series; with Andrew Bynum and Jason Terry proving at least equally important. The only time the Mavericks beat the Lakers this season was during the Lakers' stretch of mediocre play early on in the season, and even the Lakers' March 12 close win came off of a loss to the Miami Heat in the prior game. When the Lakers had got it all together they absolutely dominated the Mavericks, beating them by 28 points in a display of straight-up bullying. Every single Laker came out ready to play physical, and did so whilst maintaining their composure and running their sets efficiently. This put the Mavs well off their game; and their only method of retaliation was a cheap shot on Terry's part; leading to an altercation that further flustered the Mavs' play, whilst the Lakers remained consistent.

With the Lakers' return to the bully-ball style of play in the last two games of the Hornets series, I don't see the Mavs being a problem. Consider that the Lakers won the series whilst having subpar overall performances from their number 1 and number 2 options; and when they decided to focus the supporting cast played tough, physical and dominant basketball for the last game and a half. Matt Barnes said that the lesson he learnt back from his Golden State days was that to push and prod the Mavericks was to beat them; and if it worked for the 8-seed Golden State Warriors versus the Mavericks at their peak, it should certainly work now.

I expect Pau Gasol to have a much better series, going from his crux Carl Landry to a much more natural match-up for him in Dirk Nowitzki; and I expect Kobe to slowly recover from his ankle injury, but my key to this series is still Andrew Bynum, and to a lesser extent Ron Artest. These were players that, for one reason or another, we had to go through much of the Regular Season without significant contributions from them, and if they keep playing at All-Star levels, I don't see the Lakers losing any series.

Not to mention, the Mavericks are arguably Kobe and Phil's favourite teams to play, whether it be Phil and Mark Cuban's repartees, or Kobe outscoring the Mavericks single-handedly through three quarters. The Lakers might relax after last series, that's what the Lakers are known for, but the Mavs will certainly come out aggressive. They'll jaw, they'll push and shove, they'll try to get revenge for last game by asserting themselves physically. If there's one thing interesting about these old, veteran Lakers, it's that whilst they may not mind losing a game here or there, they won't take being pushed around in a physical sense.

Dirk, Terry or the Mavs bench will be good for a game, but that's it. 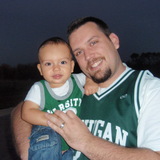 Some believe the Lakers were lucky to draw Dallas in the second round as it was likely their most favorable match-up.  Don't count me as a member of that group.  This Mavs team is very good and can't be taken lightly.  I won't get into the details here (you can check my statistical preview for that) but the Mavs played like an elite team team during the year when Dirk was on the floor and he will likely play 40+ minutes each game barring any blowouts.  While the Lakers did win the season series there were certain line-ups that the Mavs used that gave the Lakers issues and they were under-utilized.  Knowing Cuban's love for stastical analysis and team strategies I am certain his team knows which line-ups these are and will likely utilize them more.  All that being said, the Mavs don't have strength in the areas where teams typically exploit the Lakers weaknesses: offensive rebounding, turnovers, and general speed and quickness.  I expect this to be a very hard fought series and would be surprised if it ended any sooner than six games.  My prediction is that the Lakers will do just what they have done in three of their last five playoff series 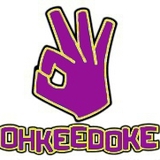 The Lakers are one of those teams that tend to play up or down to their competition.  Given their uninspired dud in Game 1 versus the Hornets and quality of opponent in Dallas, I fully expect them to be at full attention against the Mavs.  At least to start the series.

The difference maker in this series will of course be Andrew Bynum.  Without him early in the season, the Mavs canned open three after another, and ran out in transition as the Lakers were stymied down low and lost on defense.  With him, the Lakers pounded the Mavs in the paint with superior size, and deft passing.  Then they were able to keep wing defenders guarding the three and close out looks Dallas feed off of.  The result was a frustrated Mavericks taking cheap shots in a blow out.

So long as Bynum doesn't get into foul trouble all series, I expect an "easy" six game series.  With Kobe, Pau, and Lamar, the Lakers are good enough to win without Andrew.  Right now, he's the rock Los Angeles uses to smash teams that thought they had the size to compete with.  His play in Hornets series proved he's a worthy second option and look forward to the offense going through him more, and for Pau to play much better with Dirk covering him.

The Mavs are good enough to win on their own strength and expect them to win two on either Dirk or All-Time great Lakers Killer Jet Terry having a hot hand, or Jason Kidd finding his shot.  I expect Shawn Marion to be Dallas' best player this series, mostly due to transition and garbage points that come with the Lakers ability to force the Mavs into long misses.

The series should play out like this: Lakers win two in LA, drop a dud in Dallas, then a close one in Game 4, read a True Hoop post in Dirk's clutchness and Kobe's clutch "myth," Lakers close win LA with Kobe canning everything, no True Hoop post, Lakers romp in Game 6.  Same ole story.

Bonus Prediction: I also expect Phil Jackson to beat Mark Cuban 5-1 in a battle of clever quips dissing each other. 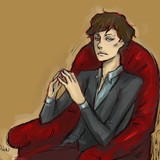 If two-plus years of doing these round tables has taught me anything, it's that I suck at predicting the length of Laker playoff series. So I'm going with what's emerging as their specialty: the six-game series win with a closeout victory on the road. There will be moments when the Mavs look capable of pulling the upset. The pick-and-pop with Dirk will certainly make the Laker defense look sad and disorganized at times. But as Actuarially Sound points out, the Mavs' strengths don't line up well enough with the Lakers' weaknesses. There's no stylistic quirk or singular mismatch the Mavs can exploit to overcome the Lakers' advantages in talent and home court. Look for Andrew Bynum to smash to his heart's content. 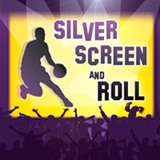 In the Dallas Mavericks, the Los Angeles Lakers have a playoff opponent which could not be more suited to their tastes.  If Kobe Bryant gave in to his inner five year old, went into NBA 2K10, and created a team specifically designed to be unable to take advantage of the Lakers, that team would look a lot like the Mavs.

That statement isn't intended to be disrespectful.  Really, it's not.  The Mavericks are a good team, a very good team.  Dirk Nowitzki is a tremendous player, the team as a whole has solid depth, and they very much earned their 3 seed in a tough Western Conference.  They play strong defense, can score explosively, and would be a threat to advance in any playoff series besides the one they are about to take part in.

But against the Lakers?  Anything is possible, but that's about all the Mavericks have going for them.  This isn't about superior talent or a superior team, even though the Lakers are both.  It's about match-ups, and Dallas is so far on the short end of that particular stick, it might well be described as a plank the Mavs will now have to walk.  The Lakers are not an invincible team.  There are a few well-documented ways in which they can be beaten.  The problem is that, of all the ways the Lakers can be defeated, Dallas is adept at none of them.  A strong rebounding team can kill the Lakers on the offensive glass, because, for all their size, the Lakers don't work very hard in securing defensive rebounds.  Dallas ranks 26th in bringing down offensive boards.  As Chris Paul showed, the Lakers can be beaten by quick point guards who penetrate the defense.  Dallas starts the only point in the league older than Derek Fisher.  The Lakers struggle with super athletic teams because of the mileage on their tires, but the Mavs are the only team in the league who's tires are more bald.

We're not talking David and Goliath.  The teams are too similar for that.  Instead, Dallas is Goliath's younger brother Steve:  Big, strong, and potentially intimidating to the rest of the league, Dallas looks at the Lakers and sees a team that is better at everything the Mavs are good at, save Dallas' strong outside shooting.  That is the one fundamental difference between the two aged rosters.  Dallas does their damage with outside shooting, the Lakers with inside pounding.  Just like in Goliath's more well known battle, Steve's only chance is to land a death blow with his sling shot before Goliath closes the distance and starts punching Steve in the face.  Problem is, David was an unknown and had the element of surprise. Dallas is Goliath's little brother, and the Lakers know all their tricks.

Dirk will probably be the best player in this series.  That, and the Lakers just being who they are, is good for two of the first four games.  The Lakers seem to like nothing better than closing out a series with wins in games 5 and 6, and that is the prediction here.