Share All sharing options for: Lakers 87, Warriors 95: Operation Derp Is In Effect

I guess we're going to do this again after all. By "this," I mean a sludgy, turd-scented end to the regular season, whereby the Lakers hack up winnable games left and right and stumble around groggily like your mom after her third breakfast scotch. The champs had us fooled for a while with their 17-1 record after the All-Star break, but now the jig is up. Losing to Denver on Sunday afternoon? Eh, whatever... they were due for a letdown game. Falling two nights later to a Jazz team that had lost eight straight? Hmm. This is starting to seem familiar. And now a third consecutive loss, 87 to 95 to the Warriors tonight up in Oakland? Ah yes. These are the April Lakers we know and love. Someone remember to wake them when the playoff brackets are announced.

And speaking of those brackets, this wee losing streak is going to be costly. The Spurs have now officially wrapped up the top seed in the West. The Bulls, too, are easily clear of the champs. The Heat are just one game back and the Celtics just half a game. As is their way, the Lakers seem intent on making things way harder than they need to be. Perhaps Phil Jackson, succumbing to nostalgia on the eve of retirement, is setting things up to win his last title on the floor of the United Center? I'm all for poignancy, but that might be taking it too far.

But back to tonight's contest. This was the third straight game in which the Laker offense sucked on an epic scale. Against one of the worst defenses in the league they scratched out just 0.95 points per possession. Had it not been for a too-little, too-late scoring burst in the fourth quarter, this game would easily have gone in the books as the Lakers' worst offensive performance of the year. Kobe Bryant, who scored 25 points on 22 shots (including free-throw possessions) and who led the last-ditch comeback charge, gave the attack some potency. And Andrew Bynum, who scored 13 points on eight shots, was excellent when he was allowed to touch the ball. But Drew was frozen out of the offense for long stretches as Derek Fisher, Ron Artest, Steve Blake and Shannon Brown hoisted wildly off-target jumpshots. Those four bros combined to shoot an appalling 4 for 27. To which my reaction is >:(

We all have our views about the charms and vices of Derek Fisher, and I don't want to reopen that argument now. Can we agree, though, that he shouldn't be shooting the ball more than Andrew Bynum? That's not a controversial statement, is it? When Drew touches the ball in the post, lots of good things can happen. He can dunk over whoever's guarding him. He can pass to a cutting teammate. He can kick out for an open three when the D collapses. There's a strong likelihood that when the possession comes to an end, the Lakers will have more points on the board than when it started. To make this all possible, it strikes me that Fish could maybe pass up two or three of his off-the-dribble 17-footers every game. Humor me, Fish. I don't ask for much.

And does anyone know why the Lakers have forgotten how to pass the ball? Their turnover bug has become a pandemic. Tonight they coughed it up 17 times, for a total of 56 turnovers over their past three games. Lamar Odom was responsible for six of the miscues this evening in what might have been his worst all-around game of the season. The turnover problem is especially baffling because it's so out of character for the Lakers. Through the first 75 games of the season, they were the best team in the NBA at holding on the ball, with a turnover rate (i.e., the portion of their plays that end in a TO) of 12.3 percent. In these three straight losses, that number has spiked to 17.2 percent. Either they're not playing with the same degree of care and attentiveness, or everyone lost their contact lenses all at once.

So turnovers have been one recurring leitmotif in this losing streak. Another has been terrible three-point shooting. After converting 22 percent of their threes against Denver and 20 percent against Utah, tonight the Lakers made 5 of 19 (26 percent) from long distance. Just imagine how much worse those numbers would be if Luke Walton had got in the game.

Oh, and the Lakers also missed 11 of 27 free throws. It's bad when you shoot below 60 percent from the stripe and it's only, like, the fourth-worst thing your offense did wrong. 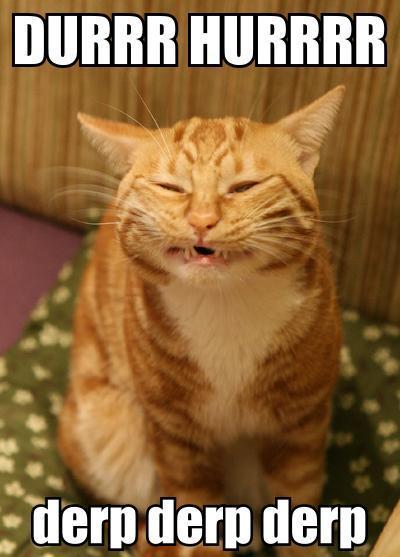 As for the Laker D, it started out the night brilliantly. The Warriors went scoreless on their first five possessions and managed only 14 points in the first quarter. But in the second period they exploited Laker turnovers to get their transition game up and motoring, and throughout the night the Warrior guards gashed holes in the Laker D with deft penetration. Containment on the perimeter was incredibly poor, as was the champs' defensive rebounding. Golden State recovered 36 percent of their own misses and scored 18 second-chance points, damning statistics that should shame everyone not named Andrew Bynum. Drew continued his sterling glasswork with 17 rebounds (13 defensive), but his teammates were all guilty of lazy boxouts and failing to chase down loose balls. David Lee personally had eight offensive rebounds to go with nine defensive boards and 22 points.

Four games remain in the regular season: at Portland on Friday night, at home against the Thunder on Sunday and the Spurs on Tuesday, and then the finale Wednesday night up in Sacramento. None of these is an automatic W. Ironically, the easiest contest could be against the Spurs, who mightn't have anything to play for when Tuesday rolls around. That Kings game will in a charged environment, as it'll be (presumably) the last night of NBA basketball in Sacramento.

Much though they'd apparently prefer to skip these last four, league rules require the Lakers to go through the motions at the very least. And judging from their effort tonight, the very least is what we should probably expect.