Did you know...?: Andrew Bynum

Share All sharing options for: Did you know...?: Andrew Bynum

Andrew Bynum, the oh-so-talented, oft-injured Lakers center, has had an up and down season, much like the rest of his career. He's missed games due to injury in each of the last four seasons, including this one. He's played 82 games only once, 2006-2007, his sophomore season, and has been the subject of trade rumors since then. Of course we all know about the amateur video showing Kobe Bryant in a Newport Beach (ORANGE COUNTY IS NOT A CITY) parking lot ranting about trading "his ass!". Five years later, he still wears purple and gold.

Andrew has both wowed and frustrated Lakers fans as many are still waiting for him to "break out" and play another full season without sitting out a bunch of games due to injury. There is so much potential there, but just as things seem to start going well, BANG, down he goes again. This time around, Andrew started the season on the bench, recuperating from off-season surgery to repair a torn meniscus in his left knee, suffered during the Oklahoma City Thunder series. He made it through the rest of the playoffs, playing through the pain, but elected to delay surgery until after the 2010 World Cup which was played in South Africa. He then took a European vacation (Chevy Chase and his family stayed home last summer, so Andrew picked up the slack) and had surgery on July 28. 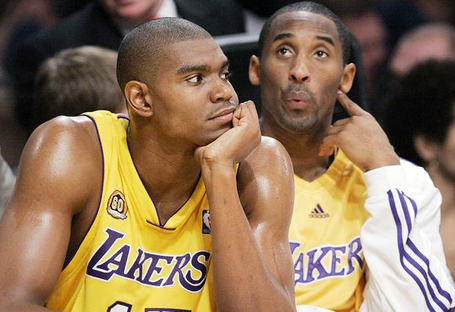 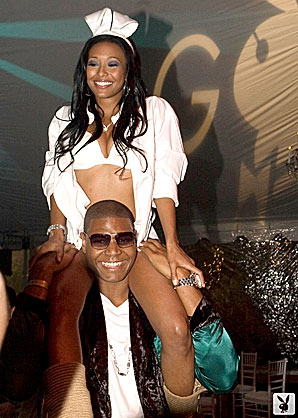 Contrary to popular belief, I do not dislike Andrew, not at all. I just hope for more from him. That said, here's hoping he can live up to all that potential and help us get to, and through, the 2011 Finals, and emerge victorious. 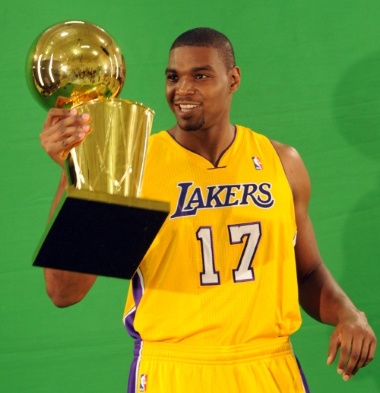 You like that, Big Fella? Then let's go get another one.

So what do you know about Andrew Lee Bynum?

Note: All info can be found on Wikipedia, NBA.com and AndrewBynum.com