And it rolls on, the Lakers' ownership of the New Orleans Hornets. Tonight's game was a little tighter than some recent meetings in this series, but an explosive performance from Pau Gasol drove the Lake Show to yet another Laker win, 101 to 95, over the boys from the Large Easy. Since the trade that brought Gasol to L.A., the purp and yellow have now prevailed in nine of their 12 games against the Hornets and in six of their last seven. Someone figure out how to line these guys up as the Lakers' first-round playoff opponent.

Injuries have almost completely hollowed out the Hornets' front line. Coming into this one, we knew that starting small forward Trevor Ariza and starting center Emeka Okafor would have to sit out. Their depth took another hit today when Jason Smith came down with flu symptoms. That left coach Monty Williams to give heavy minutes to a three-headed journeyman creature made up of Aaron Gray, David Andersen and D.J. Mbenga. Even so, New Orleans made a spirited run of it. They got surprising contributions from all three of their fill-in big men, the support of a rollicking home crowd, bursts of scoring from David West and Marcus Thornton and a classic Chris Paul game (21 points, 15 assists) from Chris Paul. It was almost, but not quite, enough.

That's because for most of the night, the Laker offense could not be halted. The champs executed splendidly with the rock, turning it over just four times and using fast, smart ball movement to attack the paint and earn plentiful visits to the free-throw line. Pau had his best offensive performance in eons. He had everything working: spot-up jumpers, hook shots, baseline spin moves, finishes in transition. Along with his 34 points (on only 21 shots, including free-throw possessions), he collected 10 boards and had three nooice assists. Just as influential were the contributions of Kobe Bryant, who scored 32 points on 26 shots and whose five assists led the team. When Pau and Kobe are both this sharp and are working in rhythm with one another, the Lakers are too much for almost any opponent. It's a testament to how well the Hornets played that they hung close until the final moments.

You look at the Hornets' offensive numbers - they scored 1.13 points per possession this evening - and you might understandably infer that the Lakers had an off night on D. I actually didn't think the defense was so lacking. There were some slow perimeter close-outs and a few more second-chance opportunities than I'd like to see. But the Hornets just played a really polished game at the offensive end, and I quite liked the on-ball feistiness of Derek Fisher, Ron Artest and Shannon Brown. Those guys applied disruptive pressure up top and combined for seven well-earned steals.

After a first quarter in which they had some turnover problems and couldn't get a three to drop, the Hornets were nearly perfect on offense in the second and third. Really nice floor spacing and ball movement on their part. Force-multiplier Paul, of course, conducted the operation masterfully. He found Gray and Mbenga inside for some easy lay-ins and kept making the Laker D scramble wildly from strong side to weak. Andersen and Thornton were a potent outside tandem, combining for 25 points on 19 shots.

A few things ultimately did the Hornets in. In the fourth quarter they went completely cold, knocking down 5 of 14 twos and 1 of 8 threes. Also, David West, hot as blazes in the first half, picked up his fourth foul early in the third period and didn't reenter the game until there was less than nine minutes left in the fourth. Although the Hornets did just fine when he was on the bench, the long sit seemed to knock West off his form. He was 1 for 3 with a turnover down the stretch. 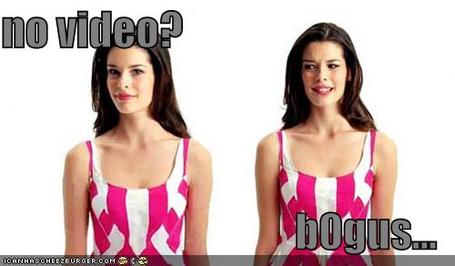 Most critically, the Hornets simply could not get to the free throw line. They shot only four free throws in the first half and, incredibly, it got worse from there. In the second half they went to the stripe zero times. Zero. Zilcho. Meanwhile the Lakers piled up 27 free-throw attempts and converted 23 of them. A good rule of thumb is that when one side shoots 27 freebies and the other just four, put your money on the team that shot 27.

I do wonder why Monty didn't give more run to Jarrett Jack. He had an effective stretch at the beginning of the second period that jump-started the Hornets offense, yet he played only 11 minutes. Marco Belinelli and Willie Green, the bros Williams chose to pair with Paul in the backcourt for most of the night, sucked to the tune of 4 for 16 shooting.

On the Laker side of the ledger, it was very much the Pau and Kobe Smiletime Variety Hour. Andrew Bynum had an effective night under the radar with 12 points and seven boards. Shannon Brown dropped in a couple shots off the bench. Really, though, the story of the game is that New Orleans couldn't keep pace with the two Laker superstars. Also, Steve Blake appears to be growing a hillbilly beard, a development I'm very much in favor of.

One final note: tonight was the second straight DNP-CD for Luke Walton. The idea that he could soak up the minutes once allocated to Matt Barnes seems to have died a quiet death.