This isn't the Lakers' best road win of the season - the victory in Boston still tops the list - but it's pretty damn good nonetheless. The Lakers, after all, played in Los Angeles just yesterday. Late last night they had to travel over 800 miles to some barely civilized hinterland. The last 150 miles of the trip were on horseback, as the Oregon Territory has neither an airport nor paved roads. In fact, Oregon doesn't actually appear on most maps. There's just an unbordered space marked with the warning "HERE THERE BE MONSTERS" and a drawing of an otter.

The Blazers team the Lakers would face this evening was well rested and had won six straight. Portland locals, always worked into an adorable lather by a visit from their imagined rivals, were especially fired up by the return of Brandon Roy. Making matters more complicated, it was clear early on that the Lakers would need to overcome officiating that - how to put this charitably? - had a postmodern surrealist flavor. That under these adverse circumstances the champs clawed their way to triumph, 106 to 101 in overtime, is an impressive feat and another sign that they might be gathering steam for a post-All Star break charge.

This was definitely a contest to fray one's nerves. The Blazers kept opening up small leads, only to see the champs go on little runs to stay within reach. Not until the fourth quarter did either team lead by double digits. With less than two minutes left in regulation, Portland had the ball up seven, and it felt very much like poor endgame execution would stick the Lakers with another close loss. Although there had been some nice moments - many of them courtesy of Ron Artest, who out of nowhere came up with one of the truly stellar performances of his Laker career - you didn't need a naturally pessimistic disposition to think this one was slipping away.

What happened next is still a little tough to process. At the 1:44 mark of the fourth, Artest rebounded an Andre Miller miss and at the other end drained a 25-foot three, his fourth of the night. LaMarcus Aldridge, who'd tormented the Laker D for much of the evening, got swatted by Lamar Odom. Kobe Bryant, working from the isolation sets that have had such a poor success rate this season, converted a difficult baseline jumper to pull the Lakers within two. Aldridge then missed again, and Kobe hit another tough shot to tie the game with four seconds left. On their final trip of regulation, Aldridge came up short for the third time in a row, sending the game to an unlikely OT period.

I don't mind admitting that at this point I still harbored real concerns about the Laker offense. The Kobe iso-attack does not work over sustained stretches, and I worried that its success over the last two possessions of the fourth quarter would mean that's all we'd see in overtime. But Phil Jackson proved me wrong. Before the extra period got underway, he reoriented the offense to throw a different look at Portland. Pau Gasol became the focal point of halfcourt sets, and the results were just beautiful. On the first possession, Pau kicked it out to Odom for an open three. A minute later he hit a shot over Aldridge. After another Artest triple, his fifth (!!), Gasol scored again over Aldridge and converted a three-point play.

It's not that Kobe was stepping aside, exactly. He was simply working and moving off the ball, which opened up all sorts of angles and looks for his mates. The Blazers kept it close thanks to a pair of threes from Nicolas Batum and Rudy Fernandez, but a sequence with about 40 seconds left sucked the oxygen out of the building. With the Lakers up by a point, Artest came up large again in a huge moment, chasing down the offensive carom from a Gasol miss to sustain the possession. Odom then found a cutting Kobe in the lane for a little jumper that established a three-point cushion. On the Blazers' next trip, Aldridge drew a foul from Pau but honked both freebies, effectively killing Portland's hopes. 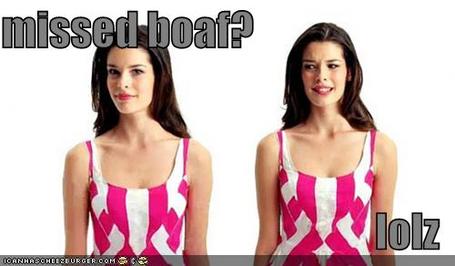 From there, Kobe hit six straight free throws to ice the W.

The key tonight was unusually splendid three-point shooting. As a team the Lakers buried 11 of 18 longballs, the first time since mid-November they've hit on over 60% from behind the arc. Ron Ron made five of his six attempts, which is obviously ridiculous. Derek Fisher attempted only four shots all night, which I approve of, and all of them were three-pointers, which I also approve of. He made half of his looks from long range, as did Kobe.

The teams performed about evenly on the glass - the Lakers rebounded 26% of their misses, the Blazers 27% - but the champs made more of their extra opportunities. They rang up 15 second-chance points off 12 offensive rebounds, while Portland scored nine second-chance points on 10 offensive boards. Andrew Bynum had an off night, but Pau was strong on the glass throughout and good valuable help from Kobe, whose eight defensive rebounds included the second of Aldridge's two crunch-time misses from the stripe.

For three quarters the Lakers kept coughing the ball up, allowing the Blazers to attack in transition and find shooters before the defense could get organized. In the fourth quarter and OT, though, L.A. turned it over only thrice in 28 possessions. This took some of the forward energy out of the Blazer attack and forced them to work in the halfcourt. Aldridge went cold down the stretch, they couldn't get enough outside looks to fall, and their offense stagnated.

Tonight belongs, more than anyone, to Ron Artest. His stats line is sparking - 24 points on highly efficient shooting, four assists, six boards and two steals - and he just looked more assured and comfortable on the court than he has at any point this year. His game combined intelligence and ferocity in equal measures. Clearly we won't get this every night from him, but we don't need to see it every night. We just need him to maintain this thoughtful and decisive approach, and he'll be just fine.

Kudos also to Gasol. He had some iffy moments early on when he wasn't terribly sound taking care of the ball. Down the stretch, though, he outplayed Aldridge and came through in pivotal moments.

So in rousing fashion, the Lakers' 40th win of the season is on the board. They return home to face the Clippers on Friday, followed by a visit to Oklahoma City on Sunday. One more trip to the Rose Garden awaits this year, in early April. But after tonight, that's no longer any reason to fret.