Share All sharing options for: Did you know...?: Jerry West 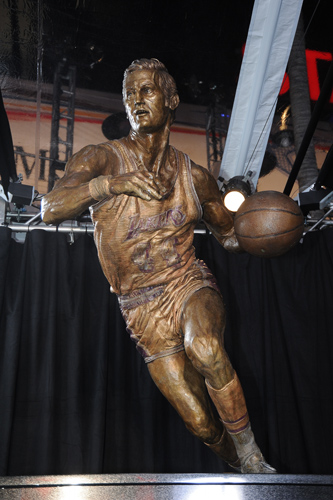 [Editor's Note: OK, so SoCalGal is hardly just another member of SSR, but her latest Did You Know post went up in the dark of night, and probably didn't get near the amount of eyeballs it deserved.  On Feature Our Members day, we get to rectify that oversight]

Jerry West, a.k.a. Zeke from Cabin Creek, a.k.a. Mr. Outside (Elgin Baylor was Mr. Inside), a.k.a. Mr. Clutch, a.k.a. The Logo, is one of the most beloved figures in basketball. In honor of his most deserving statue unveiling during this week's All Star festivities, here is a special DYK feature.

Jerry West worked for the Los Angeles Lakers organization for more than 40 years, first as a player, then as a coach, and finally as General Manager. Today, it's almost unheard of for someone to work for the same company for such a long time. But Jerry did it with enthusiasm, and pride, and he loved it, even though he hated watching the team play. We're glad he stuck around. 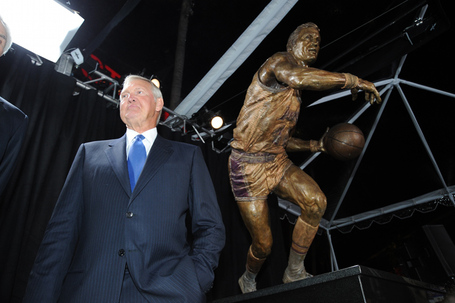 Thank you, Jerry, for all you've done, for the Lakers, and for the game of basketball.

So, what do you know about Jerry West?

Note: All info from Wikipedia, NBA.com