If you've been burning precious leisure time watching the 2010-11 Los Angeles Lakers, you know there's been something awry about their perimeter defense all season long. Guards double pointlessly on post threats who aren't all that threatening. Guys get rubbed out on high screens way too easily. Opposing shooters get open in transition because there's a Laker or two still at the other end complaining about a no-call. The disease has many symptoms, but the end result is that opponents are getting open outside the arc with undue frequency. It hasn't always come back to haunt the Lakers - coming into tonight's game against Dallas, the champs actually ranked fifth in opponents' three point percentage - but it's a systemic weakness that's contributed to some ugly defensive efforts. Tonight's loss, a 109 to 100 pasting at the hands of the Mavericks, was among the ugliest.

The Mavs, as you probably know, are without the injured Caron Butler and had lost six straight. No matter: after a first quarter in which they missed eight of 10 from long distance and fell behind by eight, Dallas spent the next two periods dropping bomb after bomb on a lazy, disorganized, undisciplined Laker defense. For the game the Mavs made 12 of 26 three-pointers, led by Jason Kidd (5 for 8) and Jason Terry (4 for 6), neither of whom the Lakers displayed the slightest interest in guarding. In this manner the Mavs were able to overcome a meager 5-for-15 night from Dirk Nowitzki and bang out an extravagant 1.30 points per possession. Only once this season (back on November 14th, when the Suns buried 22 threes) have the Lakers allowed an opponent to score more efficiently.

So comprehensive was their defensive collapse that the Lakers' own, generally sound offensive performance, which saw them score 1.19 points per trip, went for naught. Kobe Bryant had 21 points and 10 assists, and Lamar Odom (20 points on 14 shots) and Pau Gasol (23 points on 16 shots) both shot the ball well. Even the one-two point guard "punch" of Derek Fisher and Steve Blake managed to land a few blows, as they combined for 16 points on just 10 shots. The attack stagnated for a bit in the third quarter, and it would've been nice to see more production on the offensive glass, but you can't fairly pin this one on the offense. The points were there. The point-prevention was not.

In retrospect, the Mavs' bad shooting in the first quarter was a mixed blessing. It allowed the champs to open up an early lead, but it also encouraged them to slip into bad defensive habits. At the beginning of the second period, J.J. Barea and Jason Terry came off the bench to give the Dallas offense some needed oomph. They both hit threes within the first four minutes, and the Lakers didn't adjust. Kidd replaced Barea midway through the period and found himself with plenty of space on the perimeter. Just a few passes and a screen or two were all it took to get the Laker D out of position, and no one showed good recovery speed or an ability to rotate out to the perimeter. At halftime the purple and gold clung to a three-point margin, but the Mavs' offense had found their angle of attack.

Everything went to shit in a seven-minute span in the third. With 7:52 left in the period, the Lakers had the ball and were up eight. Kobe drove and got stripped by DeShawn Stevenson. He thought he was fouled, so instead of getting back on D he spent what seemed like half an hour complaining to the refs. Meanwhile, the Mavs pushed the ball to the other end and had enough time to take a wide-open three, miss it, get the offensive rebound and take another wide-open three, which they of course made, all before Kobe got his ass back on D. That kicked off a 28 to 9 run that put the champs behind by 11 with 31 seconds left in the quarter. It was a 19-point swing in just over seven minutes. That this happened at all is bad enough. That in the process Sasha Pavlovic was allowed to score seven points makes it an unendurable humiliation. The Lakers wouldn't get closer than seven the rest of the way. 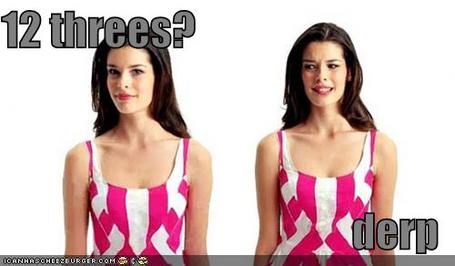 Also, it seems we're starting to feel the effects of Matt Barnes's injury. Luke Walton played 13 minutes this evening, missed all five of his field-goal attempts and reminded us that he's pretty much not capable of guarding any living biped. According to Sham Sports, there's still over two years and $11.5 million left on Luke's contract. Oof. How is that even possible? Wasn't that deal signed back in the ‘90s? What kind of nasty photos of Mitch Kupchak does Luke have stashed away somewhere?

Take it away, commenters.