Did you know...?: Oscar Robertson

Share All sharing options for: Did you know...?: Oscar Robertson

This week, I'm changing it up a bit, focusing on a player who never wore forum blue and gold, but who was as important to the sport of basketball as anyone who did. Why Robertson, you ask? Because he's the guy that Kobe Bryant dude just passed to reach ninth on the NBA's all-time scoring list, and someone Whipp mentioned the fact that The Big O doesn't get talked about enough considering his legacy. So let's talk about him some more.

Jump in, the water's fine.

Simple. Straightforward. Smooth but direct. The Big O always took care of business, off the court and on. He won free agency for NBA Players, a first in professional sports. Led his teams to the top in high school, college, Olympics, the NBA (Milwaukee’s only title to date). Never invited to apply for NBA coaching or general manager positions, he created his own successes in the business world. Oscar Robertson changed the game. Helped change our society. On his own terms.

The above words are a description of Oscar Robertson used to promote his autobiography, "The Big O: My Life, My Times, My Game". By all accounts, Robertson is a wonderful man, one who overcame extreme introversion as a child to learn basketball and become the man we know today as The Big O. He's done some incredible things in his life, both on and off the court. But what do we really know about The Big O? Here are some tidbits for you to savor: 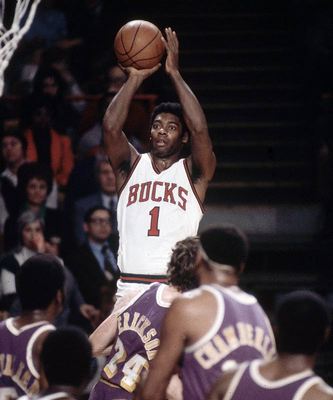 Oh, and he did this 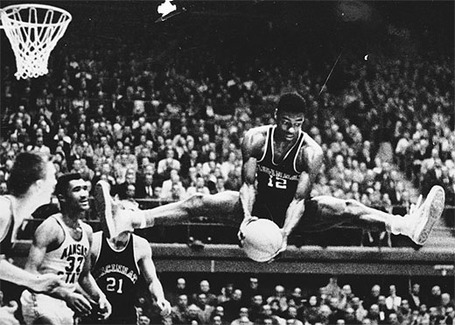 which was turned into this

And is now this 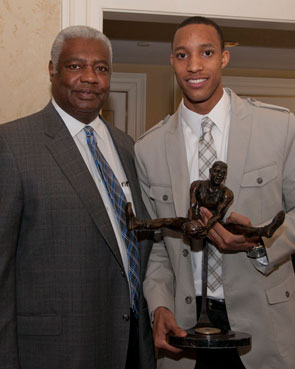 So, what do you know about Oscar Robertson?

Author's note: all the above information can be found on NBA.com, thebigo.com, sportswriters.net