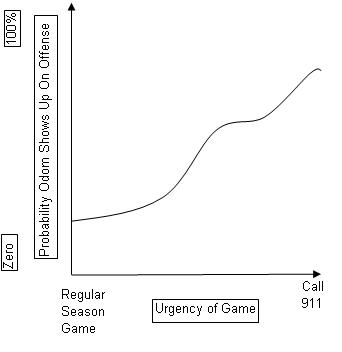 Seeing as every game will be urgent from the start, and remembering this incident below (Read Lamar's lips: "I'll do whatever the f--- I want to!), I'd say there a good chance Lamar shows up on O for at least 3 games.