Share All sharing options for: The Shower Promise of 2008 (and Some Thoughts on the Son of Bill) 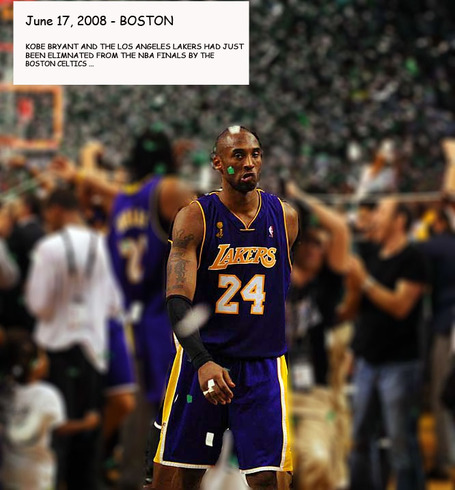 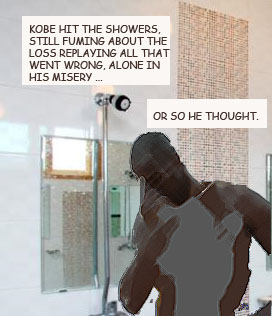 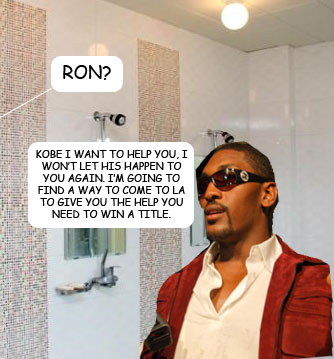 It's now 2010. Ron Artest has helped the Lakers get to the Finals once again with hard nosed defense, quick hands, and strong arms.

Game 5 is Sunday at 5pm. Now is the time to make good on your promise, Ron-Ron.

Luke Walton used to be a very controversial figure in Laker fandom. Well before SSR was posted, over on the Lakers Blog at the L.A. Times, the Kamenetzky Bros would field rants about how the Son of Bill should not even be in the League. Since then, after a few injuries and some upgrades to the team, he's taken a backseat, playing fewer minutes, and getting plenty of DNPs. You don't hear many people scape goating Luke Walton for the problems of the team anymore.

Not much has been heard about The Son of Bill ... until now.

Below are the box scores for Luke Walton's last 5 games against Boston.

I'm going to show you an amazing stat. See that third column? The Ws? LUKE WALTON IS 5-0 against the Boston Celtics. When Luke Walton plays against the Celtics, the Lakers win.

Now, I'm being mildly facetious, of course it's not as simple as "Luke Walton playing minutes will get you the victory", but there is something to be said about this. And that something is this: Luke Walton is like WD-40 for a creaky offense against a stiff defense. What beats any good defense? Passing, cutting, and shot making. The Son of Bill has the first two down pat. Even if he's a step slow, Luke is big and versatile, and he has experience against the Celtics type of defense (which pressures and overloads). He won't overhandle the ball (a la Jordan Farmar and Shannon Brown). When he's in the game, you won't see him running the shot clock down to nothing only to dump it off to someone for a rushed shot.

Walton should be in the game for his offensive know-how, especially when Paul Pierce is sitting out, when his defense will not be as much of a liability.