Game Five Is Kind of a Big Deal

Share All sharing options for: Game Five Is Kind of a Big Deal

We need a new shorthand label for games like this. It's not strictly a "must win," but if we're being honest with each other, it pretty much is exactly that, for the Lakers at least. If the Thunder lose tonight, they can regroup for Game Six in their friendly house of torture and then take one final stab at the upset in an anything-can-happen Game Seven. But if the Lakers lose tonight? Yikes. That would make three straight defeats, with an elimination game Friday night in front of that drunken, frenzied mob in OKC. ("Drunken" and "frenzied" are compliments in my book. As is "mob," for that matter.) What's at stake tonight is basic survival. I don't believe the Lakers can lose this Game Five and realistically expect to see the second round.

But let's not despair. Playoff series have a way of pivoting dramatically when venues shift. Tonight's game is going to look, feel and sound far different than did Games Three and Four in OKC. The Staples crowd won't come close to matching the ferocity of the Sooner State faithful, but without that near-constant roar, the Thunder players won't get the same emotional lift, and the officials should call fouls more equitably. The Thunder haven't yet proven they can make outside shots in Staples. They haven't proven they can avoid turnovers. Their role players haven't yet shown up on the road. The Lakers have lost only seven games at home all year, which is why, despite their embarrassing performance in OKC, they're still the favorites, if only just.

The first order of business for the Lakers is to rediscover their best defensive selves. After two shutdown games to open the series, the D got blown to pieces in Games Three and Four. You've seen the autopsy report: they stopped getting turnovers, they got pummeled on the defensive glass, and the Thunder ended seemingly every possession with a visit to the free-throw line. I know I predicted that the whistles would even out in Game Four, but damn it, I'm predicting it again. Russell Westbrook and Kevin Durant won't get free throws tonight just by driving the lane and throwing their bodies at defenders. Some of those borderline calls are going to start swinging the Lakers' way.

That will help. What would also help is if Phil Jackson could find something to knock Westbrook off his game. There aren't a ton of great options. There aren't any, actually. But the 35-year-old statuary known as Derek Fisher isn't cutting it, to absolutely no one's surprise. Jordan Farmar and Shannon Brown haven't looked good, either, but what about sticking Kobe Bryant on Westbrook? Kobe has taken this assignment for a few possessions at a time, but I kind of suspect that sticking him on Westbrook for 35 minutes would wear the youngster down. As with Ron Artest on Durant, we're not talking about shutting anyone out. The Lakers just need to drain Westbrook's efficiency, to force him to churn through more possessions to get his points than he's had to use so far. The argument against using Kobe to guard Westbrook is that you don't want him burning so much energy at the defensive end, but given Kobe's bothersome finger and inability to find his shot, his man-to-man defense might be his most valuable asset at this point.

(I continue to believe, by the way, that one well-placed hard foul on Westbrook would deter his drives into the lane. I don't want anyone suspended, and even less do I want anyone injured, but you can knock a guy down without crossing those lines. How long are the Lakers going to allow Westbrook to soar to the rim with impunity? Josh Powell, this is your new life-mission.)

Aside from Westbrook Containment, the Lakers' key task on D will be to reassert control over the defensive glass. They were great in this respect in Games One and Two but fell apart in Games Three and Four. Everybody, big men and guards alike, allowed themselves to get worked over on the glass. On Saturday, Pau Gasol had four defensive rebounds in 30 minutes. Artest had two in 29 minutes. Kobe had two in 31 minutes. Shannon had a single defensive rebound in 21 minutes. Drecky numbers all around. The Thunder don't shoot well, so whether their offense works depends hugely on whether they're getting second and third looks. FIX YO REBOUNDING!

And what of when the Lakers have the ball? Gasol and Drew need to redeem themselves tonight. They got their touches in Game Four and failed to deliver. There's simply no valid reason players of their size and immense talent should be getting tooled on by Serge Ibaka. Work to get good position, make quick moves with the ball, and finish. Beat the man guarding you. When the ball comes off the rim, go find it. In this as well, Pau had a terrible Game Four, collecting a total of zero offensive rebounds. Until Saturday he was the rock on this team, and the Lakers need - not "would like to have," but really need - the production he was giving them. If he wants to avoid a summer's worth of "Pau's soft" articles, he'll play with fire and purpose in this one.

The Lakers' outside game is due for some good fortune. They've made only 29% of their threes in the series, down from a pretty bad 34% in the regular season. Kobe and Fish have shot well from behind the arc - both are actually shooting more accurately on threes than on twos - but the combined brickage of Artest, Shannon, Farmar and Lamar Odom is sucking the life from the offense. Improvement is mandatory.

So where, sexy readers, does this leave us? With hands to wring, nails to chew, sweat to wipe off our brows and one monumental game to watch. I'll let Serious Cat have the last word. 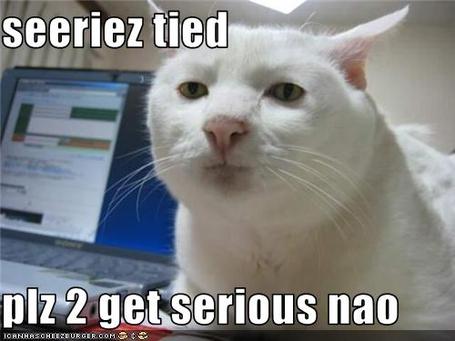