The Los Angeles Lakers and Oklahoma City Thunder have played each other five times this season. On three of those occasions, including Sunday's Game One victory, the Lakers have held the Thunder's offense to less than 0.95 points per possession. Anything less than a point per possession reflects a very good defensive performance. Push it below 0.95, and we're talking dominance in the art and science of point-suppression. As we head into Game Two at Staples this evening, it's fair to ask whether the Thunder can score enough against the Lakers to make this a real series.

In Game One, the Thunder's offense was bad at pretty much everything. They turned the ball over too much, they shot poorly on both twos and threes, and they didn't collect many offensive rebounds. They got to the free-throw line well in the second half, but that's basically the only nice thing you can say. The turnovers, in all likelihood, will remain an issue. OKC was a turnover-prone team in the regular season, and they've consistently coughed the ball up on over 15% of their possessions against the Lakers. It's hard to imagine them solving this problem overnight.

Which means they need to find new and better ways to deposit the ball through the hoop. Russell Westbrook, I think we all realize, is going to do what he do. He began Game One in distro mode, but his colleagues (Thabo Sefolosha, Jeff Green and James Harden) weren't up to the challenge of hitting open shots, so I expect Big Westy not to waste as much time before attacking the hole tonight. Is it worth it at this point for the Lakers to switch up their defense in the hope of slowing him down? Probably not. It's important that Kobe Bryant regain his shooting stroke and his offensive game in general, so I'd prefer that he not expend energy chasing Westbrook around on D. Unless the game is close, late, let Derek Fisher and Shannon Brown do their best while the other Lakers focus on stifling Kevin Durant and controlling the defensive glass. Phil Jackson's defensive gameplan for Game One was sound. I'm not sure there's any need to switch things up unless and until the third-tier Thunder guys show that they can hit open shots.

And what of the young, decidedly first-tier Mr. Durant? There's no question but that he got schooled by the Ronster on Sunday. His comments both before and after Game One suggest that Ron Artest and Phil are winning the mental war with him. Nonetheless, I'm confident he'll adjust. He's too talented a basketball player not to. He'll understand that he needs to fight more vigorously for his spots, that he needs to tighten up the space between him and the screen man when he's trying to shake off Ron. A couple of those shots he missed in Game One will eventually fall for him. Is it going to be enough, though? It's starting to feel like OKC needs Westbrook and KD to combine for about 60 points a game, because the rest of the roster looks really overmatched. Westbrook can get his 30 if he wants. But even with a few adjustments and a little more luck, is Durant ever going to have enough success against Artest? How their Game One battle unfolded didn't feel flukey to me. 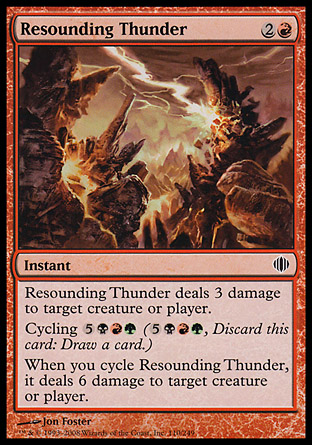 The 3-through-8 slots on the OKC roster are, at this moment, the great unknown in the series. It's nice that Sefolosha can check Kobe, but the Thunder have no chance if he doesn't command Kobe's attention at the other end. So long as the Mamba feels free to wander, the Thunder offense isn't going to start humming. Green and Harden likewise need to find the range. I'm not much of a Nenad Krstic fan, but it seems that if he's going to be of any use to OKC whatsoever, it'll be in sticking the midrange J's that draw Andrew Bynum away from the basket. That would both keep Drew from guarding the rim and reduce his effectiveness on the defensive glass.

The Laker offense, for its part... well, it remains not so bueno. I'm not holding my breath, thinking it's ever going to resemble the '96 Bulls. The most realistic hope is to see incremental improvement in a few different spots, which one hopes would amount to significant jump in overall effectiveness. Kobe, maybe, will get used to shooting with that wonky finger of his. Ron, perhaps, will start to make at least 25% of his threes. Bynum, one can reasonably expect, will only get sharper.

The Lakers have time to work these issues through. There will come a moment in these playoffs, probably no later than the second round, when the offense really needs to start churning out points. Sub-1.05 PPP's aren't going to cut it forever. Unless, however, Scott Brooks pushes all the right buttons soon, OKC won't be able to lay a glove on the Lakers, and whether the Lake Show offense finds itself in this round isn't going to matter. Game Two isn't exactly a must-win for the Thunder, but it's awfully damn close. Can you imagine the Thunder taking four of five from the Lakers? Neither can I.