The Lakers Reasons Why Not

Share All sharing options for: The Lakers Reasons Why Not

Years ago, ABC created a show called Emily's Reasons Why Not, starring Heather Graham, which is generally considered one of the worst shows to ever actually make post-production. After putting the full force of their marketing machine into the show, spending millions and millions of dollars telling everybody about it, ABC canceled it after just one episode. It was a colossal flop for all involved.

The Lakers play of late has them completely worthy of a comparison with such filth. And yet, despite the putridity of what we've seen in recent weeks (because let's be honest, this three game losing streak is only the tip of the iceberg of the Lakers poor play), I want to take things in a different direction. I want to tell you why the Lakers can still win a championship.

I'm not putting on tinted glasses or trying to gloss over some serious deficiencies that we've seen from the boys in purple in gold as of late. I will not allude to "The Switch" very often, because simply saying the Lakers are going to flip a switch and be dominant is irresponsible and incorrect. That said, just because the team has looked quite bad lately does not mean that all hope of success should be abandoned. You ask why? I ask why not.

The Lakers have hovered near the top of the defensive rankings all season long. Their defensive rating (102.2) is 2nd only to Boston's. It's true that their defensive performance has slipped considerably at times during the season, but we've also seen them play inspiring defense as well. The offense has been a struggle all year (relatively speaking here, people, it is still nearly top 10), but the defense has been consistently tops. If defense does, in fact, win championships, the Lakers are still in prime position because their defense is top notch. 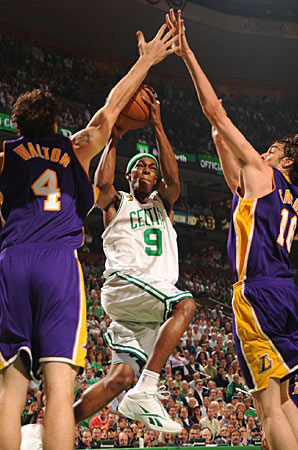 Shooting comes and goes, and right now, it's gone.

Dex did a great job of breaking down the Lakers shooting woes in yesterday's post, and he's absolutely right. The Lakers do not shoot the ball very well overall, and that's not something that they can control. The team does not own a switch to flip which will fix their shooting problems. But God does. Fate does. The random statistical distribution of individual occurrences does. Whatever you believe in, there is a perfectly valid explanation that says the Lakers shooting will improve over recent weeks, and another one which says that the shooting could be better than the Lakers average performance in the playoffs. The team is not in full control of its shooting improvement, but that doesn't mean improvement will not happen. Right now, the Lakers are in a slump, and it won't last until the playoffs. By the first round, the Lakers will likely have improved their shooting to season average. And, with a little luck, they could even get hot at the right time.

We need no further evidence of this than last year's championship run. In their quest for the Larry O'Brien, the Lakers received virtuoso shooting performances from two key players that shot well above their season or career averages, Lamar Odom and Trevor Ariza. Odom shot above 50% from 3, and Ariza was just a bit under at 48%. Shannon Brown also shot 48% (he wasn't exactly a key player though). None of these guys are known as great shooters. None of them even come close to a career 3 pt % of 40%. For two months, each of these guys got hot, and we might not have a championship without it.

Fatigue will actually be less of an issue in the playoffs

Right now, the Lakers look every bit the team that has played the most basketball over the past few seasons. Combine that with a litany of injuries suffered, causing increased minutes to an already short rotation, and it's easy to see that the Lakers are a tired team right now. However, fatigue should actually improve in the postseason. Games are stretched out more, especially in the early rounds. There's at least a day off between each game. And there's usually less travel as well. Combined with the fact that it's generally easier to get up for playoff games, it's OK for you to expect an increased energy level from the team come late April. 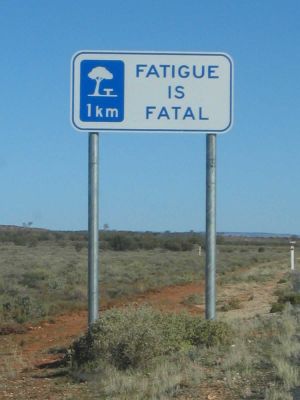 You don't really expect Kobe and Pau to keep playing this poorly, do you?

The Lakers recent struggles start right at the top. Kobe Bryant has not been playing well since his return from injury. He's been lazy (at times) on defense. He's been ineffective (at most times) on offense. His shooting (at just about all times) has been terrible. I told you I wouldn't allude to a switch very often, but this is the one guy that clearly has one. Kobe may not shoot better in the playoffs (though it's a good bet he does), but one can guarantee he'll play with more energy in the playoffs.

Pau Gasol is another, much more mysterious, story. I don't really know what to make of him. He seems to have regressed in regards to being able to deal with tough play. He'll never be a tough player himself, but in last year's playoffs, he showed that he was capable of dealing with it when other teams play him physically. Those attributes have been completely missing during this season. His shooting is far worse this season, compared to last. His turnovers are worse. He doesn't even seem to be able to pass out of the double team as adeptly as we're used to. He looks fatigued from taking on an insane basketball schedule the past couple of years, and he looks frustrated. He's been disgruntled and spoken to the press far too often for my liking, especially because his play does not seem to justify his comments. Does Pau Gasol have a switch? Who knows. He has dealt with physical play in the past, so we know he's capable of it. We've already discussed how fatigue might be less of an issue in the playoffs. The Lakers probably don't win it all unless he steps up and starts performing like the All-Star that he is, but it most certainly could happen.

All the contenders have flaws

I wrote before this season started that the NBA would be top-heavy, and the possibility existed that we'd see 5 60 win teams. I couldn't have been more wrong. Instead, none of the teams that were expected to run away with the NBA have played to their potential. Cleveland's the closest, but even they are below preseason expectations. Instead of 5 60 win teams, there may not be any, with Cleveland the only team with a strong chance to make it. Speaking of which, let's discuss Cleveland, who just lost three straight games under very similar circumstances as the Lakers (Home vs. Denver, @ Charlotte (2nd night of back to back), @ Orlando). They just lost Shaq until the playoffs, which is fine for them in terms of how they'll cope without Shaq. But it raises a lot of red flags regarding what Shaq's conditioning and ability will be in the playoffs. The Cavs traded for Shaq because he makes them better against the big teams, which happen to be most of the contenders the Cavs will face. If Shaq can't provide them what they need, their championship aspirations take a severe hit. Denver has looked fantastic against good teams this year, but still show signs of the lack of mental strength required to be champions. Orlando has never really clicked all season long. You might as well stick a fork in the Celtics. Dallas could be a very tough matchup, due to the trade with the Wizards for Brendan Haywood and Caron Butler, but they too just lost Jason Terry for a bit of time. This season, it's been rough at the top. The Lakers are no exception, but they've also got company in performing below expectations.

OK, so this really has no bearing on reality, just like the Lakers lack of a three game losing streak post-Pau. But hey until a new precedent is set, you have to accept the one that exists, right? Three times a Phil Jackson led team has won a championship, and three times that same team has won two more in a row. Until it doesn't happen, you can't say that it won't happen. 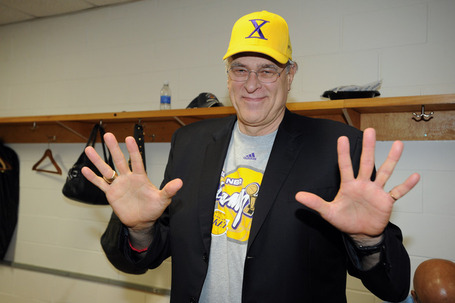 The Lakers may not repeat without a few factors coming together, but that doesn't mean it won't happen. Whether you choose to believe in the good or the bad is up to you. But, at a time when the bad seems to be overwhelming, I just thought I'd provide the other side of the coin.