So, the Lakers lost to the Bobcats. Nothing new. I didn't watch the game, and I'm not embarrassed to say so. In fact, all I have to say appertaining to me not watching the game is 'SUCK IT.' The fact that I can say that without a hint of sarcasm is, quite frankly, sad.

Sigh, this Regular Season is draining, ey? I could go on and bitch about the Lakers' play of late, but I don't see the point. This was exactly a month ago, this was yesterday morning. I fully expect that progression in my state of mind regarding the Lakers to continue, until some time in the Playoffs. As such, I have nothing to say on the Lakers' current play.

There are 19 games left in the Regular Season, and maybe only two of them are legitimate challenges - Sunday at Orlando and the 8th of April at Denver. The Jazz on the second April is a decent game, too. You know what that means? At least 16 games of complete crap, and three games that are either dominating performances, lucky wins or disappointing losses. Resign yourselves to that fact, ladies and gentlemen, there's simply nothing we can do about it. The Lakers quite simply couldn't give a, to borrow a line from Nas, 'flying 747...' (I'll let you find the song to figure out the last word, yourself) about our worries about their Regular Season. They're here for the Playoffs, and that's all we have to look forward to. Brace yourselves for an ugly month, one that the Lakers themselves have labelled as the toughest part of the schedule (and is broken down game-by-game here).

Oh how I long for the Lakers who would step up to the challenge, and dominate the month with a 90% winning percentage or so. But I'm not gonna get my hopes up. Expect the worst, and any good that comes shall be a pleasant surprise.


Some notes, after the jump:

Donc, enough for today. For me, and for you. I'm spending the whole day out, and I recommend you do, too. Certainly better than sitting here reading up on exactly how badly the Lakers suck. Go out, have fun, and live life. Come back around the Second Round or WCF, and the Lakers will be waiting for you, hopefully pumped up. 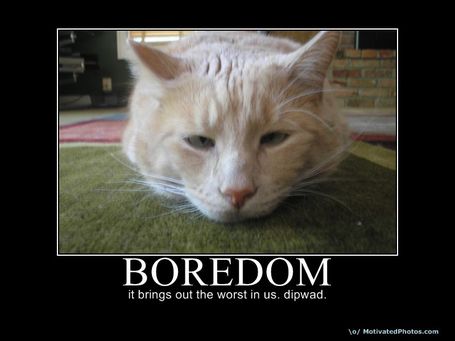