Homecoming (for Kobe (of sorts))

Share All sharing options for: Homecoming (for Kobe (of sorts))

Well, next on our list of 'games we have to play but really have no point' is a meeting with the lovely New Orleans Hornets in their arena. Really, the most interesting aspect of this game is that the Hornets were the team which originally drafted Kobe (#13), before trading him to the Lakers for Vlade Divac on a draft-day trade, one of the many moves that gave Jerry West a reputation as a General Manager that rivals his reputation as a player.

An interesting concept floated during a conversation I had with a friend of mine is the prospect of Chris Paul being rendered trade-expendable by the emergence of Darren Collison, and the Lakers' chances of getting Paul. The initial prospect was Pau for Paul, but we then determined that the Hornets would only really trade Paul for a superstar wing - the only one we possess being Kobe Bryant. An intriguing concept, to be sure, but the Hornets being the Hornets, it is far more likely they package Collison with a mammoth contract such as that of Emeka Okafor in exchange for expiring contracts and loose change. Ah well.

Oh, yes, there's a game at hand. A formality, really, as both us here and the fine authors at the SBN resident Hornets blog At The Hive (visit if you wish, but stay civil, as usual. Or I will hunt you down, for kicks), as well as probably everyone in the League, will acknowledge that the Lakers can easily win this game with their talent level - but all of us here know that with this Laker team it is rarely that simple. However, even considering this, the game doesn't mean much as with approximately 10 games left in the Regular Season overtakings in the top end of the standings are about as likely as the aforementioned Kobe-Paul trade scenario. 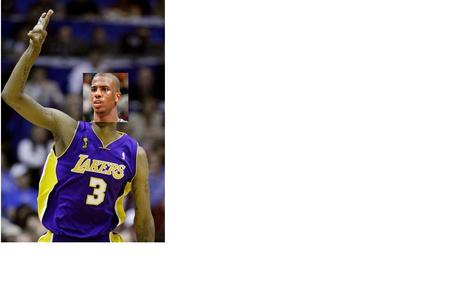 The Hornets are a below-500 team - that record is somewhat skewed by injuries to key players such as Paul, though even before the CP3 injuries the Hornets were achieving minimal success. They're a roughly middle-of-the-pack offensive team and a substandard defensive team, just what the doctor ordered for Los Angeles to iron out the kinks in their gameplay on both ends of the ball.

They're a mediocre rebounding team, but are decent at forcing turnovers, which may prove to be a nightmare for the Lakers (it certainly has of late). They actually have a higher eFG% than L.A, but have an atrocious mark on the defensive end of that spectrum. They're a decent three-point shooting team, but nothing special, particularly with one of their primary marksmen in Peja Stejakovic injured. 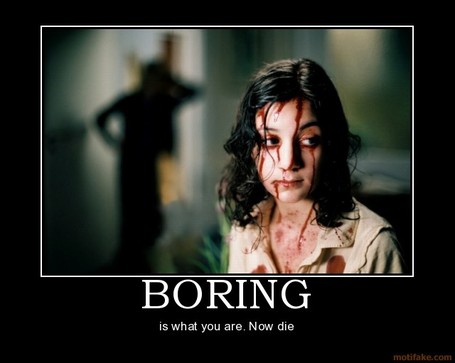 Matchup-wise, there's only one position where they hold any substantial advantage, and it's pretty obvious which. In interests of avoiding the bad stuff for as long as possible, I'll start from the tallest to shortest on the floor:

Pau Gasol vs. Emeka Okafor - Clear advantage Pau
Emeka Okafor, intended to be the Hornet's big coup, and proof they were in 'win-now' mode, has turned out to be a bust, putting up numbers that barely qualify as a double-double and taking a step back from his days with the Charlotte Bobcats. While he is still cleaning up the glass at a nice rate and garnering a few swats, he has struggled to find his place within the Hornets' offense this season and his ppg is well down. Nonetheless, while offensively limited, he does have decent size and it should be interesting to see how Pau handles it.
Lamar Odom vs. David West - (slight) Advantage West
While Lamar Odom is a tremendous player and extremely versatile, West is an All-Star with numbers around 20 and 8. Both are rather versatile and can play away from the basket, but Odom is far superior at initiating his own offense and creating for himself and others, while West gets the majority of his points through the Hornets' offense or from his point guards. Regardless, West has been the Hornets' most consistent player this season, and has the advantage here - though Odom is better equipped to check him than most, and has been on a nice stretch of his own lately.
Morris Peterson/James Posey vs. Ron Artest - Advantage Artest
I'm not sure whom of these two New Orleans will give the start at wing in Peja's absence, but either way there's not much to be said. Posey has stepped back from his days as key role player in Boston to be just another underachieving bench player in New Orleans - though it shall be interesting to see his defense on Kobe. And Peterson is a joke.
Kobe Bryant vs. Marcus Thornton - Advantage... Smush Parker, maybe?
Look, Marcus Thornton has turned into an excellent young rookie, and has dropped fire on some nights. But there's really no need to even bother doing an SG matchup analysis for the Lakers, except against Miami and Portland. And besides, Ron will check Thornton. I don't envy the rook.
Derek Fisher vs. Chris Paul - Disadvantage anyone watching
Derek has a nice game two nights back. Doesn't change the fact that he's going to get annihilated. Chris Paul is one of the premier point guards in the game, and is young and quick. Before his injury he was on an offensive tear, and while he hasn't been as insane after returning, maybe Derek Fisher is just what he needs to get it going again.
Darren Collison vs. Our Backup Guards - Advantage Collison
Darren Collison can BALL. As mentioned before, his insane play as a starter has made some entertain the notion that Chris Paul is expendable. And if you look at the numbers, you can see why. Chris Paul was averaging around 25/11 when he went down. Collison from that point onwards averaged roughly 19.5/10. Insane, especially when one considers that former Hornets coach Byron Scott almost refused to play this kid. Chris Paul is still undeniably better, but not by that much. Our backup guards had a nice game two nights back, but they still lack consistency. And, even playing at their best, this likely isn't a matchup they could win. 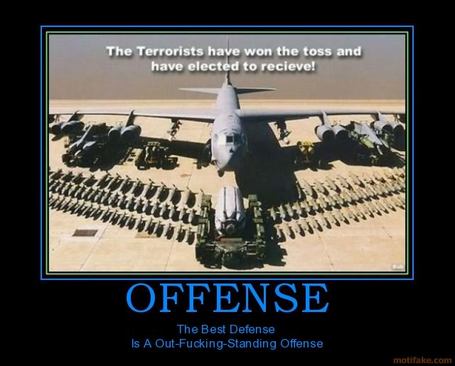 The famed Los Angeles defense should hold up, it generally does, but that hasn't been the issue of this season. Hopefully this game will display some progress in the Lakers' offensive execution, which has experienced some well-documented struggles this season. Forum Blue and Gold's Darius-sensei had an excellent piece (with pretty pictures!) outlining some new (at least for this season, they used to be a staple) complexities that Phil has had the Lakers weaving into their offense of late, and hopefully there will be progression along this front. That's all this game is good for, anyway.

Another side-note is the Sasha Vujacic issue. As has been reported by the OC Register, amongst other sources, Sasha and assistant coach Brian Shaw had a bit of a flare-up whilst Shaw was lecturing Sasha on the bench during the nightmare game against OKC, where Sasha didn't take well to Shaw pointing at him, responding by pointing back and yelling. While this may have just been an instance of frustrations boiling over, it still crossed the line - even if Shaw does blur that line with his frequent shooting comps (partnered with trash-talking) against Lakers such as Sasha; and Phil did not play Sasha last game. It shall be interesting to see if this trend holds, and dissapointing as Sasha was playing some of his best ball since 07-08 before his shoulder injury, and could have turned out to be our much-needed shooter and extra rotation man, once again.

Expect this game to follow the same old formula. Lakers either start off asleep or ridiculously fired up (they won last game, so I'll go with the latter), then either go on a run or throw the lead away; then either throw the lead away or go on a run; then either go on one last run to win it or watch the lead whittle down to an uncomfortably low number before hanging on for the win. Or they could lose. Either way, it's of no real importance and I'm beyond caring. The NBA Regular Season really is extended beyond the point where it has any meaning. Now, if you excuse me, I'm off to watch some March Madness replays to see how my boys Duke will go against West Virginia next weekend (some of you will remember I picked Duke to win it all back in the Second Round, and I'm sticking with it). 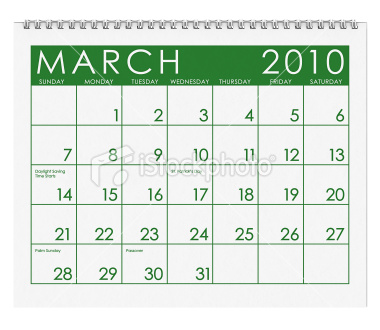 NUMBAZ, as Dex would say:

League rank is indicated in parentheses. All numbers are courtesy of Basketball Reference and HoopData. AND DEX'S INFESTIMABLY SMALL BRAIN (boredom is a bitch).