Stats Are Not Facts

Share All sharing options for: Stats Are Not Facts

But when you say "stat are facts", you are not saying what you mean.

When you argue with me and say "stats are facts", you really mean "My interpretation of the stats are fact". And well, you don't say that because that is obviously wrong. 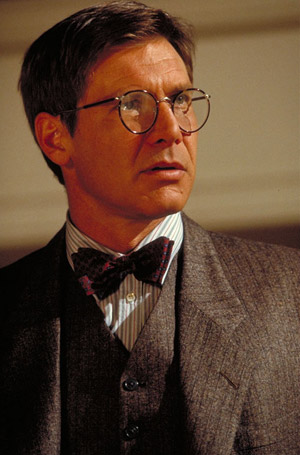 Professor Jones would never misapply statistics the way they are commonly used in sports.

I don't think stat guys are geeks or nerds.

I think the true geeks and nerds understand that basketball statistics are limited in their application.

I'm talking about the simpletons who throw out calculated rankings and numbers as if they were gospel.

Example: "Jordan won six MVPs and six Finals MVP, Kobe has one each. Stats are facts, Kobe will never be as good as Jordan."

Why it's wrong: Yes, it is a fact that Jordan won many more MVPs than Kobe. But accolades do not indicate superior skill.

How to fix your argument: "Kobe will never be as good as Jordan because he doesn't finish as well, and his hands are smaller."

Now, this, we can argue.

Read on for more examples.

Why it's wrong: Shooting percentages can taken under all sorts of contexts, depending on the role of the player, a variable that may not be dampened, even with a large sample size.

How to fix your argument: "Look at the rotation on Player X's shot and how he hits those open threes 50% of the time. Player Y shoots a knuckleball and he only makes 40% of his open threes".

Why it's wrong: This is just dumb.

How to fix your argument: "Check out how Player X finds the open man without overhandling the ball, or running the shot clock down to the final seconds before passing, like Player Y does".

Example: "Player X has a higher PER and produces more wins according to Wages of Wins than Player Y. Player X is a more productive player".

Why it's wrong: Correlation does not imply causation.

Why it's wrong: This is not wrong.

How to fix your argument: No fix is required.

Just kidding. Just seeing if you are paying attention.

Stats can tell you anything, and they are a fine supplement to any argument. Just remember that they can also be manipulated to prop up virtually any argument.

I'm talking basketball stats here, we're not talking about the gravitational constant. Don't go making me out to be anti-science, because them's  fighting words, buddy. I love science. I just don't see the current individual stat wizardry to be very scientific. What's scientific is that they have a model, and they dispassionately report the results. What's not scientific is that the data going into the model has only a cursory relationship to winning basketball. It just looks for correlations. It's like those fun news stories you hear every year showing that when there is a  Republican President, the NFC wins the Super Bowl, or some other nutty correlation. What about pick-and-roll defense? Where is that? That's embedded somewhere in the plus/minus? What about help defense, or the ability to pull up and shoot on drive so that you don't charge? Obviously not everything needs to be accounted for, but we're talking about the most basic of winning basketball skills here.

In fact, if you read the some of the current stat "experts", it's almost like tea leaf reading. Any developments that are in agreement with the model confirm its superiority (OMG The horoscope said I would meet a long lost friend and I did!) and any conflicting results (like Kevin Durants' evident skill in his rookie season in contrast to his ratings) are explained as actual changes in the players performance later (when in fact, his impact could be determined by anyone taking a qualitative approach to analyzing his game).

You may say, "Well Gil, then there are no facts, they're all just opinions!". Well, yes, if you insist on citing individual statistics as a barometer of individual skill, you are stating an opinion.

Consider this: If two players, over their careers had the exact same statistics on everything, including plus/minus and wins produced, isn't it still possible that they played completely different roles and impacts on the success or failures of their teams? If you agree with this, you see what I'm saying. If you don't, then maybe you should go the stat route, because you that's all there is to it. The stats tell you everything you need to know. I obviously don't believe that, and that's why "The Stats are Facts" will not fly with me.

Disclaimer: Any advanced team stats put out by C.A. Clark or Dexter Fishmore are unassailable and indisputable.