Share All sharing options for: The Los Angeles Lakers will win a basketball game tonight, Act 2

Forgive the unoriginality of my title, but Dex described the last game perfectly, and that description just happens to apply to tonight's game as well.  Is it coincidence that the Lakers play two woeful opponents during the NCAA tournament?  Well, in this case yes.  Washington wasn't supposed to be a bad team.  Many projected them as the East's 4th team coming into the season, but Gilbert Arenas never returned to true Agent Zero status, which pretty much killed them.  Oh, and for some reason, he hasn't been playing much lately.  He must have gotten injured again, I guess.

Regardless of how good they were supposed to be, Washington was never a good team this year.  Now, without Arenas, Caron Butler and Brendan Haywood (traded to Dallas) and Antawn Jamison (traded to the Cavs), they are really not good.  The Wiz have actually been playing harder since management's response to a team cancer was to cut out all the healthy tissue surrounding the tumor, and Andray Blatche is quietly putting together a quite nice 2nd half of the season.  But all that effort doesn't change the fact that they have a really piss poor collection of players, and it hasn't prevented them from a 10 game losing streak. 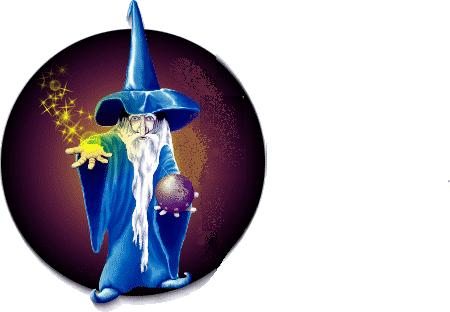 The Lakers, meanwhile, enter tonight's game in the midst of a very unimpressive 5 game win streak in response to their first 3 game losing streak in over 2 years.  I guess we really shouldn't complain about any scenario involving a lot of Laker wins in a row, and I'm not.  That said, stringing together a few single digit wins against the dregs of the league (and Phoenix) doesn't exactly scream "We're on a roll" either.

Sadly, we know exactly what to expect from this Lakers squad.  Tonight will be another victory from the same template as the last.  They'll expend just enough effort for the game to never really be in doubt, Phil Jackson will insert parts of the Taco unit in the 1st half, and we'll all be treated to another night of annoying basketball, before the Lakers do what's necessary to win by 5-8 points.  If you bet on the Lakers to cover the spread in this game, you are outside your mind.

Hopefully one thing the Lakers can fix regarding this template for winning badly is to avoid another injury to an important player.  Andrew Bynum's injury in the last game has me thinking that we should rest the entire first unit and just let the Tacos be Tacos.  The fact that they could do so and still potentially win tells you all you need to know about how enjoyable tonight's game will be.  Either way, if Congo Cash or Josh Powell float your boat, then make sure you tune in tonight, as they will probably get plenty of burn.  I'm just hoping it ends by 9 so it doesn't cut into my Desperate Housewives.

Since this preview is already late (sorry for that, by the way, a little scheduling mixup), no stats tonight either.  Dex gave you sunglasses bunny.  I give you bi-focal monkey. 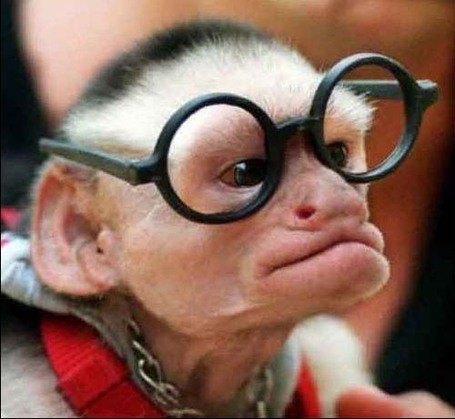