The Indiana Pacers Are Fun for Children of All Ages

Share All sharing options for: The Indiana Pacers Are Fun for Children of All Ages

Can we stipulate that the Indiana Pacers are the least consequential NBA franchise of 2010? I honestly can't conjure a prominent storyline about this season that involved the Pacers. They aren't a playoff contender. They sent no one to the All-Star Game. They have no exciting young players. (Danny Granger is almost 27. He's nearly two years older than LeBron James.) They weren't active at the trade deadline. They aren't a big cap-space team gearing up for the summer free-agent jamboree.

What they are is bad at professional basketball. They shuffle timidly into Staples tonight owners of 20 whole wins. When they fall to the Lakers, as they naturally will because are you GD kidding me, it'll be their 40th loss of the year. To put that in perspective: if you add up every game the Lakers have lost this season, last postseason and last regular season, you get to 40 exactly.

On January 29, the Lakers visited the Pacers in Indiana and pounded their heads into the curb in a 22-point blowout. Kobe Bryant and Andrew Bynum had big scoring nights, and Pau Gasol and Lamar Odom led a crushing effort on the glass. You're forgiven if you don't recall every stirring moment of that game.

The Pacers are one of those teams an accurate perception of whom depends crucially on tempo-adjusting the stats. They have an unthinkably poor offense and a so-so D, but because they burn through possessions at a high rate some people think they're the exact opposite of that. Owing to poor turnover habits, crap outside shooting and a total lack of offensive boards, as a team they're barely scraping 1.02 points per possession. They allow an average of 1.06 PPP, right around the league average, because they don't foul and they protect the paint reasonably well.

Holding our nose and looking under the hood of the Pacer offense, the first problem we see is their backcourt. T.J. Ford starts at the point, and he's... whatever, he's T.J. Ford. Not great, not shameful. Otherwise, it's fugmo central. About 70 minutes a game go to Earl Watson, Dahntay Jones and Luther Head. These three badasses range from "8th man" on the happy end to "replacement level" at the other. They can't really shoot or create their own shot. Jones has missed 26 of his 30 three-point attempts this year. Another terrible guard, Brandon Rush, is starting at small forward.

These are Taco Unit guys getting heavy run. 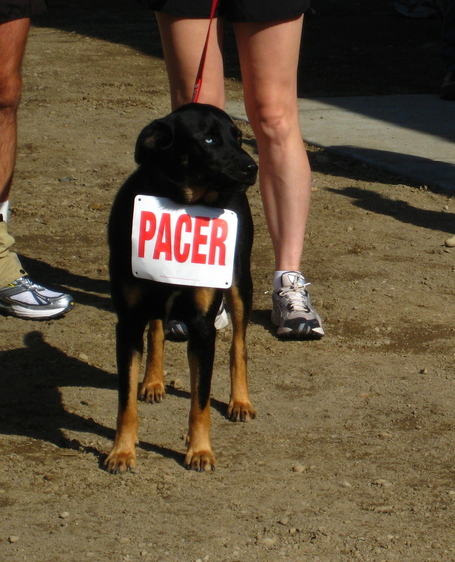 The names in the front court - Granger, Troy Murphy, Junior Dunleavy and Roy Hibbert - are more respectable, though seriously undersized. (The players themselves are undersized, I mean. The names are fine.) Except for Hibbert, none of those guys is a threat to slow down Drew, Pau and Lamar. Granger has been shooting poorly this year. As a unit they struggle to get voluminous shots at the rim. It's a hectic, three-point shooting attack with a herd of bad three-point shooters.

(I ask this question sincerely without having researched the answer: is Larry Bird catching heat for assembling this mess? Are Pacers fans demanding his shapely head on a platter? What exactly is the plan here? I don't buy any explanation along the lines of Well, everyone just loves Larry Bird in Indiana. If the Lakers were this bad, our collective rage would be mollified not an iota from knowing that, say, Magic Johnson was the one dealing out teh stoopid.) 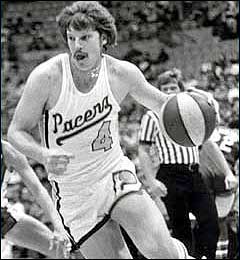 All right, so tonight's on off-the-shelf Laker win. How do we want the game to look? Ideally the Lakers can get their turnover problems under control. For three games now the passing's been slop, which I can forgive in light of Kobe's reintegration but which should be curable at this point. Also, Kobe can use this game to rediscover his shooting touch. With a victory basically assured, I won't mind if he forces a few here and there for calibration.

After tonight it's three games in four days out east, starting Thursday in Miami and proceeding to Charlotte and Orlando. Home-court advantage in the Western Conference playoffs is in the bag. HCA over Cleveland is unlikely but remains in sight. The value of home-court in a playoff series is hard to quantify, but you'd rather have it than not, right? Might as well snatch the easy wins if they're just sitting there in front of you.