I Have a Dream

Share All sharing options for: I Have a Dream

As a Lakers fan, I am part of one of the most persecuted and hated fan bases in all of sportsdom. The only other fans that come close to being as blindly judged are New York Yankees fans. I am called all sorts of horrid names: "Kobe Lover", "Faker", "L*ker", "F**ker". I am called fake, obnoxious, arrogant, bandwagon-riding, front running, and Hollywood.

It's assumed I know nothing about basketball, and I am judged based on the worst behavior of the most trollish and most outlandish of my (sports) people.

So today, I tell you that I have a internet dream. No, not that kind of dream, not the kind reserved for late at night, after all the game threads have died down, and all the post game quotes have been read.

No, I have a dream that someday, I will not be judged by the team I root for, but by my solid basketball analysis and non-trolling behavior. I dream that I will not have the fury of the opposing team unleashed upon me for pointing out holes in their logic ("David Stern makes sure the Lakers win" - except when they don't. And why didn't David Stern manufacture that Lakers-Cavs Finals he so desperately wanted to happen last season?). 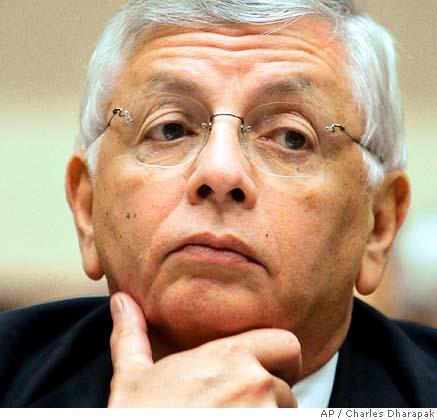 I dream that opposing fans will understand that that one heinous Lakers fan on their site does not represent my point of view, does not speak for me, just as I do not speak for them.

Ladies and Gentlemen, I dream of being treated as an individual who happens to root for the Lakers.

I hope that opposing fans see those dumb fans who root for the Lakers and say "What dumb fans", instead of saying "What dumb Lakers fans". Stop lumping us all together, plz. It's seems that sports fandom is the last bastion of stereotyping. It's acceptable to describe in broad terms a group of sometimes millions simply because they chose to root for the same team. 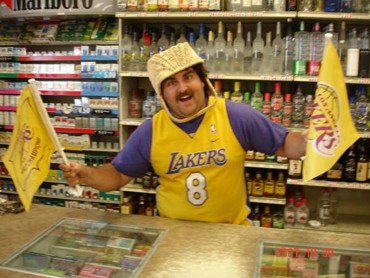 I hope they see that ignorant fans are a part of every fan base, and even if you think there is a greater ratio of ignorant Laker fans than for other teams, well so what? Would you still say "Lakers fans are ignorant" as if being a Laker fan makes you ignorant? No, you should say, "IHeartKB24 is ignorant" or "LBJSux is ignorant", don't apply their traits to the whole fan base. Because it's wrong. Even if there are reasons that more obnoxious people are attracted to the Lakers, that doesn't mean I am one of them. I don't even believe the "you're just jealous of winning" defense that is thrown out by many in Lakerville, because you hardly ever heard complaints about Spurs fans when they were winning. Even if I admit all that, it's still wrong to speak so broadly of such a large group.

I don't mean to trivialize Dr. King's words by using this analogy, but the point of an analogy is that it's not the same, but similar principles are at work. Because "fanism" is NOT THE SAME and it's NOT a serious issue AT ALL like racism is. I only wish to highlight that the same principles of prejudice and stereotyping are at work, even in something as innocuous as sports fandom.

I'm not trying to take the fun out of sports, because some of the fun is giving other people a hard time. But just think about my plea, my opposing fan friends, the next time you think to begin a comment "Lakers fans are so ..." I'm speaking about all fan bases that are maligned. Give that Raiders fan, that Yankees fan, that guy wearing a Red Sox cap a chance, before you lump him or her in with the "lame fan" crowd. 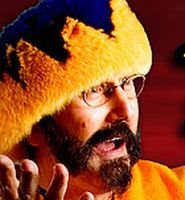