Everything you know about Derek Fisher is wrong

Share All sharing options for: Everything you know about Derek Fisher is wrong

Um, OK, so full disclosure: The title of this piece is a bit of hyperbole. A more correct title would be "There's a slight possibility that the order of importance you have assigned to the reasons why Derek Fisher shouldn't be the starting point guard of a championship contender is a tad bit inaccurate", but I think SB Nation has a word count limit on titles. Forgive my exaggeration, but hey, the flashy headline puts butts in the seats.

Everything you know about Derek Fisher is true. You know he's an extremely poor defender, on account of his being ancient in NBA terms. You know he hasn't shown the ability to shoot the ball well this year. You know he's considered a very good leader, and that the only viable explanation for his continuing to play a large role in the Lakers rotation is due to the experience and intangibles he brings to the team. But it's an accepted truth that Fisher's biggest liability is on the defensive end, and I'm not so sure that's true. So, to aide me in re-aligning your perceptions, I've invited my good friends, advanced statistics, to help convince you that up is down, black is white, and Derek Fisher hurts the Lakers more on offense than on defense.

Let's start with the basics, shall we? Derek Fisher, circa 2010, can not shoot the ball very well. On the year, Fisher is shooting a lovely 37.9% on all field goals. He's hitting 35.6% from 3 point range. Throw it all together, and it's good for an eFG of 45.1%. It's not the worst on the entire team, but the names below Fisher certainly make one squeamish: Luke Walton, Josh Powell, and Adam Morrison are the only Lakers to be shooting less efficiently than Fisher. For comparison's sake, the worst shooting team in the league, the New Jersey Nets, clock in at 45.3% eFG.

It's not the worst shooting year Fisher's ever had, but it's pretty close, and it is certainly the worst year he's had since re-donning the purple and gold in 2007. Last year, everyone remembers Derek's struggle towards the end of the season and into the beginning of the playoffs, but before that struggle, he was actually on pace to break his career high in shooting percentage. Even with a two month slump, 2008-2009 was the 2nd best shooting year of his career. This year, however, Fish has been missing shots with startling consistency. His monthly splits from November to February for eFG are 48%, 45%, 45%. 43%, and none of those numbers are good. And, since his only job as the non dominant guard in the triangle offense is to float around the perimeter and hit open shots, it's pretty clear that he's not doing the Lakers offense any favors.

But it's not just the inability to hit open shots that has me thinking Derek Fisher is hurting the Lakers badly on offense. It is the types of shots he takes. For someone with tons of experience, for someone who Phil Jackson supposedly trusts to "run the offense the right way", Derek Fisher has abhorrent shot selection. This is best illustrated by looking at the shooting information provided by the fine people over at 82games.com. As you can see below, they have broken down Fisher's shot selection by location, and by how much time has been taken off the shot clock.

There are two things I want to address here. First of all, look at the distribution of shots throughout the shot clock. Fisher takes more than a 1/3 of his shots very early in the clock. Now, the Lakers are a team that likes to push the pace in an attempt to create transition baskets, so Fisher's distribution looks just like every other Laker on the team. There's just one problem: Derek Fisher is just about the guy you least want to get the ball in transition. He's not filling the wing, ready to throw down on the 2 on 1 break. The proof is on the other side of our tables. On shots in close (i.e. for Fisher, layups), he's shooting an astronomically bad 35%. So, since Fisher is ineffective filling the lane in transition, where do all of his early shot clock attempts come from? That would be from the dreaded Pull Up Jumper In Transition. Fisher has at least 1-2 per game it seems, and they are very ineffective shots. For this, I direct your attention back to the 0-10 seconds category of the right hand table. Now, I know what you're thinking. "But, C.A., his best shooting percentage comes early in the clock." Right you are friend, and if you were playing 5 Derek Fishers on the same team, you'd absolutely gouge your own eyes out want one of them to shoot early in the clock. But Fisher is by far the worst Laker on the team shooting during this period of the shot clock. The next closest player is Kobe Bryant (himself of questionable shot selection) who has an eFG of 53.7% in the first 10 seconds of the shot clock.

In summation, Fisher takes a high percentage of his shots early in the shot clock, despite the fact that anybody else on his team would be a statistically better option to go with that early in the offense. The veteran with strong leadership is just as prone to force up a bad early shot as anybody on the team. Considering the offensive struggles of the team overall, and the consistent theme of a team that is either unwilling or unable to get the ball inside as much as it should, Derek Fisher's offensive performance and decision making is a microcosm of all that is wrong with the Laker offense. 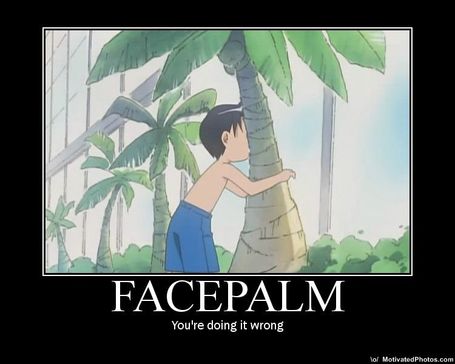 OK, fine, so Fisher isn't exactly the bee's knees on offense. You already knew that. But how can he possibly be worse on offense than defense? It may not seem realistic, but just about every advanced statistic there is with the intention of measuring an individual's offense and defense all say the same thing. For example, Basketball Reference has an individual Offensive Rating and Defensive Rating, which is simply an individualized calculation of a player's effect on the the team's OR and DR (which we've been talking about all year). Derek Fisher's individual OR is 104 and his DR is 105, which means when he's on the floor, the Lakers score an average of 104 points per 100 possessions, and give up 105 points per 100. Compare this to the Lakers overall numbers of 108.8 OR and 102.4 DR, and you see that, per 100 possessions, the Lakers offense is 5 points worse while the defense is only 2.5 points worse with Fisher on the floor.

Or, you could look at the example of win shares. Win shares is a lot more straight-forward, in the sense that it gives you a number which does not need to be compared to anything else to provide relevance. The only problem is that I have no idea how it's calculated. In any case, Derek Fisher's Win Shares provide a pretty clear picture. Offensive win shares: 0.8. Defensive win shares: 2.4. I have no idea what those numbers mean, but in comparison to each other, the message is clear. Also, for the record, the rest of the Laker win shares fall in line with our expectations regarding each player's importance on each side of the ball. Ron Artest and Lamar Odom have more defensive win shares than offensive. Gasol and Bynum are higher on the offensive end. Bryant is higher on offense than defense, but in a fairly equal distribution.

Unfortunately, these are both team statistical measures which have been broken down to an individual, and so it is possible that Fisher's defensive numbers are skewed because his teammates are so formidable defensively. What is desired is a way to measure a player's individual offensive vs. defensive production. Sadly, such statistics do not truly exist, but one can make a mildly compelling case using PER. We've all been over the issues regarding PER, and how it can or can not be effective as a measuring tool. If you don't want to hear about how it makes this particular case, feel free to stick your fingers in your ears for the next 5 minutes. Then, remember that you are reading instead of listening.

For the rest of you, the argument breaks down like this. PER, which is the combination of many different statistical categories, is basically considered in this argument to be the measure of offensive efficiency (there are some defensive factors included in PER, but they are pretty small in relation to all the offensive factors). So, if we treat a player's PER as a measurement of his individual offensive production, we can treat opposing PER (the PER your opponent earns against you) as a measure of your defensive production. It's an inexact approximation to be sure, but it's also not completely invalid. And, since 82games.com happens to measure opposing PER, we have the opportunity to take a look. 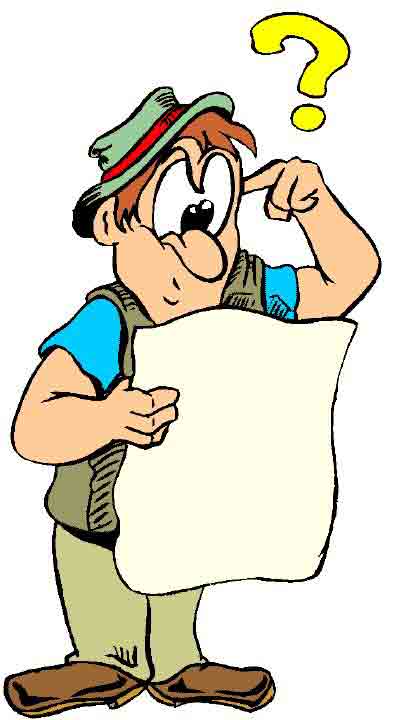 Once again, this appears to show that Fisher is more of a problem on offense than defense. Fisher's PER is currently 9.1 (one of the worst starting players in the league, but that is another conversation). His opposing PER, from 82games, is 18.3. With PER, it's important to keep in mind that the average player is supposed to be valued at 15. So, we can reasonably state that Fisher is performing 6 "points" below average on offense, and his opposing point guard is only performing about 3.5 "points" above average on offense.

I understand why you'd be hesitant to take all my statistical mumbo jumbo at face value. It's not hard to see why everyone focuses on how bad Derek Fisher is at the defensive end. It's easy to observe. Whenever the Lakers lose, it's because Fisher is getting beat off the dribble. Point guard is the only real weakness the Lakers have on defense, and Fisher is the main offender. We watch him get beat time and time again, watch other team's point guards have a big night every single night. Meanwhlie, it's easy to lose Fisher's ineffectiveness on the offensive end, because he's not exactly alone in appearing to struggle on that side of the ball. His suckiness blends in with the overall play, especially on the perimeter, so it's easy to lose him and not realize the effect he might be having.

If you refuse to accept or think about this prospect on a micro scale, think of it on a macro scale. For all of Fisher's defensive failings, the Lakers have one of the best defenses in the league. Fisher is surely that defense's weak spot, but if the team overall is top 3 even with that weakness, how big of a deal is it? Meanwhile, the Laker offense is far below where it was last year. That hardly falls on Fisher alone, as many players are performing below the standard they set for themselves a year ago. But, a lack of outside shooting and poor shot selection/ball movement have been the main culprits in the disappearance of the Lakers beautiful offense from last year, and if we think about it, Fisher is responsible for his fair share of both of those problems. All of this begs the overall question: If Fisher is bad on offense and bad on defense, and his team is good on defense, but mediocre on offense, where exactly is he doing the team the most damage?