Will Kobe Hold His Fire Against the Bobcats?

Share All sharing options for: Will Kobe Hold His Fire Against the Bobcats?

The latest episode of "Why Is Kobe Shooting So Damn Much?" has officially begun. As this season has chugged along and the Laker offense has continuously failed to impress, the issue began to fester among observers of the team. After the Monday loss in Denver, it burst out of the locker room and into the open. Tonight's game, against the visiting Charlotte Bobcats, will be a fascinating case study for Kobeologists. How will the man respond to the grievances lodged against him?

The last two times bitching about Kobe's appetite for jacking up shots reached a similar crescendo, he responded, in effect, by going on strike. Remember April 2004 in Sacramento? How about Game Seven in Phoenix in 2006? On both occasions Kobe deliberately powered down his shooting game in Laker losses. Though, to my knowledge, he's never come out and acknowledged it, the message he was sending to all of us was something like: I'm shooting too much, am I? Fine. Here's how the offense looks when I don't. Hope you like it.

Tonight this kabuki drama could reveal its long-awaited Act III. I'll get the popcorn.

The Bobcats are the last team the Lakers have yet to play this year. They, of course, boast a distinguished history of annoying the crap out of us. Despite never having come close to posting a 0.500 season, Charlotte has a franchise record of 6-4 against the Purple and Gold. No one has even a semi-credible explanation for this. It's one of those haphazard, small sample-size patterns that defies understanding.

If they give the Lakers problems tonight, however, it won't be considered a fluke, or at least not much of one. The Bobcats are actually pretty decent this year. They hold the sixth spot in the Eastern Conference and play some hellish D. You have to give it up for Larry Brown: he's taken a roster lacking in star power (you're going a heck of a job, Michael Jordan) and worked it into a perfectly respectable outfit.

Tonight, you'll be pleased to hear, they're not likely to be at their best. Charlotte's playing the final game of a six-game West Coast trip that's had them away from home for 11 days. Along the way their defense has been ripped by Denver, Phoenix, Golden State and Portland. They're an OK team, but they're staggering at the moment. 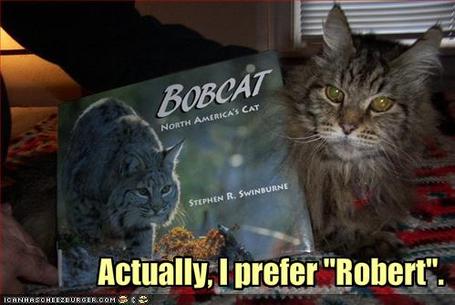 On the perimeter they have a couple capable defenders to run at Kobe in Boris Diaw and Ron Artest's old buddy Stephen Jackson. Jax and power forward Gerald Wallace are among the league leaders in steals, on which the Bobcat defense thrives. Turning the ball over has been a problem for the Lakers the last couple games. They'll need to tighten up their handles tonight and exercise care in the passing lanes.

As usual, the Lakers have - repeat after me, now - a big advantage on the inside. Wallace is a fantastic defender but is only 6'7". Both Pau Gasol and Lamar Odom will tower over him. Charlotte's starting center these days is Nazr Mohammed. He's been acceptable on defense, but he's 33 years old and 6'10". So, maybe we could pass the ball to Andrew Bynum tonight? Just a thought.

(Tyson Chandler has been dealing with a stress reaction in his left foot. I'd read that he might try to return this week but have not seen any indication that he'll play tonight.)

Raymond Felton and DJ Augustin form the Cats' point-guard rotation. Felton has taken a good step forward this year, his fourth in the Association, while Augustin has taken a step back. If you don't think either is capable of destroying Derek Fisher, well... I hope you enjoy watching your first ever Laker game. 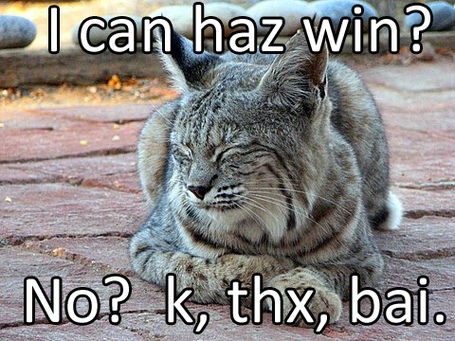 In addition to the Kobe-Pau spectacle, tonight will test the theorem that says the first game back from a long road trip is always a difficult one. It certainly turned to be the case the last time the Lakers came home after some time away. In late December after their five-game eastward swing, they played sloggily and struggled to put away the Thunder.

The Bobcats are tired themselves and have trouble putting up points on the best of days, so I'm not expecting any real problems in this one. Things get tough again very soon, however, with the Nuggs, Blazers, Spurs and Jazz next up on the sked. The offensive issues aren't going to get sorted out in one night, but it's not a bad idea to get the sorting underway. Hopefully that won't entail any silent pouting on Kobe's part.