This weekend's main event is on Sunday afternoon. That's when the Denver Nuggets plop into town and we all get to spend a few hours detesting J.R. Smith. Can't wait! Before we sink our claws into that particular chew toy, however, there's a win scheduled for tonight over the Philadelphia 76ers. Casually abusing Eastern Conference peasantry is always a nice way to unwind after a tough week in the office.

The Sixers have been playing out the string since about mid-December. They're destined for the lottery, but they're not so bad that they can feasibly dream about John Wall. They have no franchise players but are capped out through next year. Even the nostalgic charms of Allen Iverson have disappeared from their lives, as he's out indefinitely to be with his ailing daughter.

Getting drilled by the Lakers tonight really can't make their season that much worse.

This is a nice little opportunity for the Lakers to get their affairs in order. It'll be Kobe Bryant's third game back. He was sensational against Memphis and comme çi, comme ça in Dallas. Against Philly, he should be able to find his comfort zone on offense. Andre Iguodala is a strong perimeter defender but he's playing more small forward these days. If he's assigned to mark Kobe, Ron Artest will have an enormous mismatch against Lou Williams. And if he's assigned to Ron, Kobe will be the one with the size advantage. Either way, someone's getting destroyed.

The only thing the Sixers do well defensively is force turnovers, which is an area the Lakers have struggled with the past couple games. On the season L.A. is second in the league in offensive turnover rate, hacking the ball up on only 12% of possessions. Against Memphis and Dallas, however, that number spiked to 18% and 19%, respectively. I think that's a side effect of reintegrating Kobe: he's forced some passes, and some of his passes went awry because the Laker bigs weren't ready for them. Clean it up, kids! 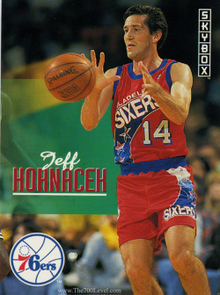 The goings won't be much tougher for the Lakers in ye olde painted area. Samuel Dalembert can play him some D, but both Elton Brand and Marreese Speights do their best work with the ball in their hands. Those dudes are defensively impaired and too short to bother Andrew Bynum or Pau Gasol. No excuses tonight for Drew and Pau: it's time for them to live up to all the adulation they've been getting from the SS&R commentariat.

And what of when the Sixers are on O? There's not much to worry about, really. Their best scorers, Williams and Iguodala, will be guarded by Kobe and Ron, the Lakers' two top defenders. Their big men are generally OK on offense, but it's not like any of them is going to rip off a 32-point masterpiece. The Philly system, as constituted these days, tends to cast off a lot of midrange jump shots. However much the midrange game might warm the cockles of Stu Lantz's heart, it hasn't been a great way to generate points or wins in the NBA since, oh, about 1980. 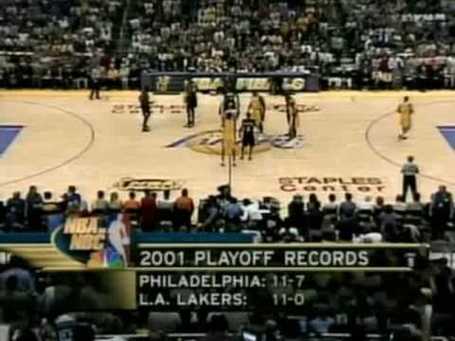 Of course, the most daunting challenge the Sixers face tonight is how to contain Derek Fisher's intangibles. Do you double-team his leadership? If so, you risk letting his veteran moxie take you out of the game. Like all Laker opponents, Philly can't take comfort from Fish's poor shooting. Missing wide-ass open jumpers doesn't matter in Fish's universe. They just make his contributions that much less tangible, and that much harder to defend against. Letting him brick shots just plays into his leader-y hands!

Poor, poor Jrue Holiday. He may be 15 years younger than Fish, but his so-called "skills" and "athletic ability" and "five functioning sense" will not avail him. Sure, he might force his ancient counterpart to shoot 4 for 15, but only a fool would look at those misses and think Fisher hasn't dominated the contest. His contributions don't show up in the box score, after all. They're not even perceptible to human eyes! Physicists at the Large Hadron Collider have studied Fish's game and concluded that not even at the subatomic level can his excellence be explained.

It's just part of the ineffable beauty of the universe, like a lover's kiss or the laughter of a newborn child. I feel silly even trying to put it into words. This crude system of letters and numbers mankind has created.... it's simply inadequate when it comes to Derek Fisher. May he forgive us all.