Share All sharing options for: Reach Out and Touch Faith: Kobe Returns Tonight

By the time the Lakers tip off in Memphis tonight, it'll have been nearly five full earth rotations since they last played. That's like a second All-Star break. At least it's given Kobe Bryant's hurtful left ankle time to heal. According to anyone saying anything on the subject, it really seems like he's going to play tonight. I know we had a false positive on his readiness last week, and it's not I waterboarded any of these sources to see if they were telling the truth, but I suspect that if Kobe does not, against all expectations, take the court against the Grizzlies in a few hours, there'll be some dismembered Laker trainers lying around.

The loss to the Boston Celtics last Thursday probably smoothes Kobe's return a little bit. There's going to be a lot of discussion about how he reintegrates with the other regulars, but the analysis would trend even more nitpicky if the Lakers had been 5-0 in his absence. Even accounting for the Celtic loss, the team's play in those five games was excellent. Especially on defense, they hit new high notes for the season, and though some regression is likely, you'd like to see that asskicking more or less continue.

The tricky back-to-back that starts tonight will tell us if that's the case. First up is Memphis, the city where the "Kobe shoots too much" narrative boiled over and got a little ugly last month. Next up tomorrow are the - all together now - "new look Mavericks," with their freshly acquired center (Brendan Haywood) and shooting guard (Caron Butler). The Mavs are 1-2 against the Lakers this season, having dropped two meetings between the teams in January, including one in Dallas, after winning at Staples all the way back in October.

The NBA regular season is getting late fast. The Lakers have only 26 games left. Over two thirds of their schedule is behind them. The playoffs start in less than eight weeks. Rather unexpectedly, in light of how the standings looked a few weeks ago, the Lakers have home-court advantage throughout the playoffs within their reach. With Cleveland on a three-game losing bender, the Lake Show is only a half-game (plus a tiebreaker) behind. These contests before us actually matter.

Catching Up With the Grizzlies (Not Recommended With Actual Grizzlies)

The Grizz have seen better days. Like February 1, when they beat the Lakers 95 to 93. Since then, they've lost six of eight, including four straight at home. For all the (basically justified) hype given their turnaround this year, their overall resumé is pretty blah. They're 28-26, sitting on the 11th seed in the West and have a subpar net point differential. It seems they'll be in the race for the eighth seed until the end, but they've been surpassed by Oklahoma City as the up-and-coming team all the cool kids are talking about.

The problem - more exactly, one way of looking at their cluster of problems - is that there's very little they do exceptionally well. As a team they're OK at a lot of things, really bad at a few, and great at almost nothing. They can be amazing in spurts, especially on offense, but they don't hit that gear as often as the NBA's upper crust do. 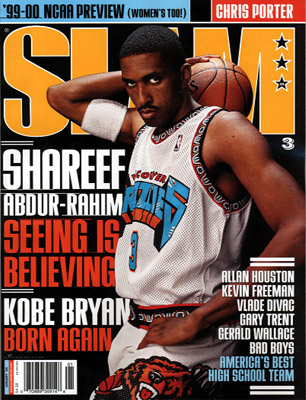 Memphis didn't do any major renovations at the trade deadline. They made one nice pickup in Ronnie Brewer, whom they took off Utah's hands in a naked salary transfer. He was brought in to shore up one of the league's worst benches, but he won't play tonight. He's out with a torn right hamstring.

So it's the usual to-do list for the Lakers when facing these kids: get a hand in Zach Randolph's face, keep Marc Gasol off the offensive glass, and take advantage of their generally crap defense with smart ball movement and prudent looks. When they lost in Memphis, the Lakers were sucking fumes at the end of an eight-game road trip and had played in Boston the day before. Today they're rested and, by the standards of this season at least, pretty healthy. It's a game we should reasonably expect them to win.

Dallas has done some interesting things lately. Before the deadline they shipped out Josh Howard and Drew Gooden for Butler and Haywood. The move was bold and mostly praised. Butler's the more famous name, but I maintained from the beginning that Haywood's the more important piece. He helps close the height gap with the Lakers, and let's face it, that's who Mark Cuban is aiming for, however fantastically. He's leveraging up to get a title before Dirk Nowitzki and Jason Kidd hit the steep downward glide path of old age.

The results so far have been strong. In their first game after the trade they flopped in OKC, but they've won four in a row since, including a road upset in Orlando. Butler has been productive and Haywood monstrous. He's averaging 11 rebounds a game as a Mav. There's also been a rumor over the past 36 hours or so that Dallas is on the verge of adding Von Wafer, whose given first name is actually Vakeaton. 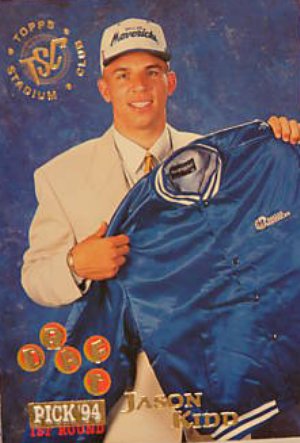 Legs shouldn't be an issue for the Lakers in this one, the back-to-back notwithstanding. It'll be only their second game in six days. The key will be locking up the Dallas shooters amid their screens and pops, and on offense trying to get Haywood in foul trouble. Erick Dampier is out with a dislocated ring finger. As a result, the Mavs bring almost no decent size off the bench. If they can get Haywood in foul trouble, the Lakers will find some favorable matchups on the front line.

It'd be nice if these two games catalyzed a sustained run of strong play by the Lakemen. This season has had a real stop-and-go feel to it, thanks to injuries and the occasional demoralizing loss. Rather than just run out the clock until mid-April while ceding home court to the Cavs, I want the Lakers to start hitting their stride. It's time for a show of force to the rest of the league.