Amid the Trade-Rumor Tornado, an Actual Game

Share All sharing options for: Amid the Trade-Rumor Tornado, an Actual Game

And it's a tasty, must-see game at that. Visiting Staples tonight are the Boston Celtics, ancient enemies of the Lakers and forever the object of our loathing. Perhaps you're familiar with their work? We saw them up close back on January 31 in a grinding battle that the Lakers won 90-89. Kobe Bryant, though he had a poor game overall, hit this shot to put the Lakers ahead with 7.3 seconds left, and then Ray Allen missed a potential game-winner as the clock ran out. Hee hee! My favorite part was when the Lakers won.

Kobe, from the looks of it, is unlikely to play tonight. His left ankle just isn't there yet. The Lakers don't play again until next Tuesday in Memphis, so assuming he returns for that one (and there's no guarantee of that) he'll have enjoyed a full 18 days of rest. I suspect the Celtics aren't taking tremendous comfort from Kobe's probable absence, as the Lakers have proven they can beat blue-chip opponents without him, and the Celts have vulnerabilities of their own.

Since falling to the Lakers in Boston, the Celtics have gone 4-2. Don't be deceived into thinking they've become awesome again. Three of those wins were at the expense of the league's underclass (Washington, New Jersey and Sacramento), and Orlando, the only elite team they've faced in this stretch, whacked them at the TD Garden. Their main struggle has been on offense: for three straight games now, they've failed to score a point per possession.

At this point they've actually slipped to fourth in the Eastern Conference standings, which has sent President of Basketball Operations Danny Ainge shopping for upgrades. There was gossip about moving Ray Allen, but that petered out before the All-Star break. More currently, they've been in discussions with the Knicks about picking up Nate Robinson, supposedly in return for Eddie House. By the time you're reading this, that deal might've become official. On Tuesday and Wednesday the Knicks held Nate out of games because of "flu-like symptoms" that I'm told are legit, so even if the trade to Boston goes down, I wouldn't expect to see him in action tonight. 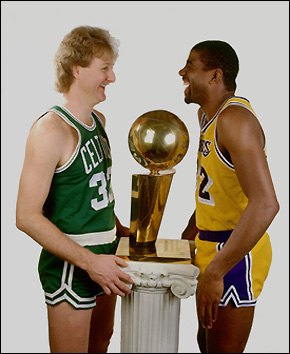 As for X's and O's, you know what the Celts are about. We've seen this crew plenty over the last couple years. As always, it starts with trying to contain Rajon Rondo and keeping him from his preferred spots, which the Lakers have never done especially well. Shannon Brown will get a lot of minutes tonight. We've seen him put up some great offensive numbers with Kobe on the shelf, and no doubt he won't be shy about finding his shot tonight. He'll also need to log plenty of time on Rondo Detail, as will Jordan Farmar, lest Derek Fisher get overexposed on D.

I'm not so concerned about Paul Pierce, as guarding him is the role Ron Artest was born to play. Also, Pierce is playing with a sore left foot. Insert wheelchair joke here!

As a whole, the Lakers have been showing some fantastic team defense while Kobe's been out. I know I've been on about this a lot ever since the Portland game, but it's really worth emphasizing. Here, for the past four games, are the points per possession allowed by the Lakers, along with their opponents' season averages for the sake of comparison.

That's some primo shit right there. Against a wheezing Boston offense, another lockdown performance could be in the cards. 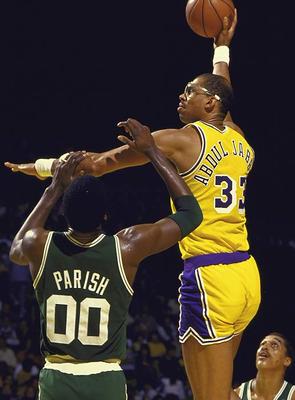 When the Lakers have the ball, Andrew Bynum should be the tip of the spear. In the first meeting between these teams he looked great, putting up 19 on a very solid 59% True Shooting. Make the Celtics stop him first, and then watch and wait as other options open up. I'm a bit worried that Shannon's 27 points against Golden State will have him thinking and acting like Allen Iverson. The Lakers need some offense from him. They don't need him hoisting a bunch of long, contested twos.

It promises to be a kickass Thursday night in the Association. In addition to all the trade news to chew on, Cavs-Nuggets at 5:00 Cali time makes for a very watchable undercard. We hope you'll join us for the fun.