The Warriors Came Out to Play, and The Lakers Won

Share All sharing options for: The Warriors Came Out to Play, and The Lakers Won

The game held some interest as the Warriors hung around to make the ending a bit livelier, and Shannon Brown had a career night in scoring and rebounds. It also reinforced the fact that guys will play defense with more pep if they believe they will be involved offensively (as much as I wish guys would be pros and play defense just as hard regardless, I begrudgingly admit this is being demonstrated with this Kobe-less run).

Bynum played his stellar half of a game again, and Lamar did his "glue guy" routine, but this night can be summed up best by Phil Jackson's opening comments in the post game conference:

"Oh boy ... it's one of those games, but we managed to play the best of the two teams in the last three and a half minutes or so ... It's good to get that one over"

With that exciting lead up, let's dive right into my running diary of the game, which felt more like a leisurely stroll...

So Kobe is out for another game - I can't lie, I was hoping he'd be a game time surprise, like the good ol' days.

Andrew Bynum is back, which is funny, because lost in the news about Kobe missing another game, I had totally forgot about him. If the Lakers lose tonight, guess who's going to be the goat?

Monta Ellis is out, which is good, because I like to watch Stephen Curry shoot.

Don Nelson is close to surpassing Lenny Wilkens as the winning-est NBA coach ever. Why don't they ever show the losing-est coaches ever? Oh that's right, because they would be Lenny Wilkens and Don Nelson (1 and 3, with Bill Fitch in second).

Patrick O'Neal asks "Why have the Lakers been playing so well without Kobe?" and I'm sure a lot of stat-manipulators feel vindicated because they think their models predicted this. My rebuff would be: don't just remember the times your model was right. What about Kevin Durant and Thunder? Did your model predict their performance this season?  Can your model do significantly better than Vegas in determining team wins before the season begins? Beware of confirmation bias.

8:30 Maggette guarding Artest is going to be one of the most muscular matchups you will ever see. 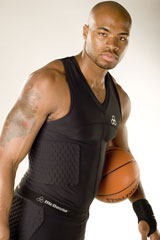 8:08 Curry protests an out-of-bounds call with a high pitched squeal and some jumping, and amazingly, the ref changes his mind. Either that, or the ref mistakenly pointed in the wrong direction at first, and corrected it.

7:13 Ronny Turiaf gets a nice welcome into the game with some audible cheers. And then Bynum welcomes him with an alley-oop reverse dunk from Artest.

5:50 Shannon gets the steal and the breakaway dunk. He probably thought of doing that 360 Statue of Liberty dunk he tried in the dunk contest, but just went with the plain vanilla dunk (Plain vanilla being an explosive one-handed dunk jumping off of one foot).

4:02 Derek Fisher with the long two. Derek leads the league in long twos. I did not verify this.

2:51 I am not nervous when Pau runs the break. What other team can say that about their center? On a related note, I don't find myself screaming "Nooooo" when Lamar takes an outside shot like I used to.

The first quarter ends and the Lakers are up 36-24 with what seems to be minimal effort. The energy feels like a 5 out of 10. Do the Warriors even care about winning?

11:28 Anthony Tolliver looks like a Big Lil' Wayne. He should be called "Big Wayne" 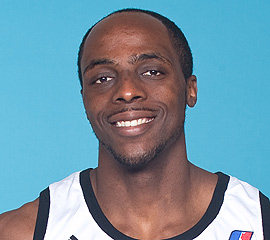 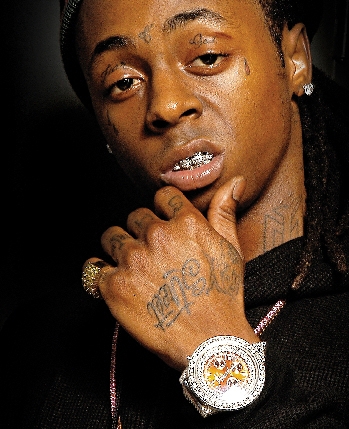 11:17 Ammo takes a fadeway as the Lakers play him to entice other teams to trade for him. That was a joke.

9:09 Lamar is getting all the rebounds, and the game is getting sloppy, with a couple of turnovers and deflected passes.

8:46 Ammo takes a 5 footer so off target, it ends up being an alley-oop dunk for Bynum.

7:14 Curry extends his off arm, and Sasha gets shot out a cannon to draw the charge. Welcome to the Sasha club, Steph.

4:59 Going into the timeout, Farmar looks mad at Ammo for not catching his low pass.  Coming out of the timeout we learn that DJ Mbenga has a restaurant in Dallas, no confirmation on whether it is called "Congo Eats" or not.

3:20 After Ron Artest misses a layup, it actually sounds like the fans are grumbling even though the Lakers are up 47-39. A lot of them are probably upset that they paid money to watch no Kobe.

2:47 Sasha begins to protest as he gets called for a foul, and then actually realizes it's not worth it.

0:34 Stephen Curry picks up his fourth foul as Fish again makes his torso foul him. Nellie waves his arm in disgust.

0:06 Watson sails a ball over the sideline. Juuuust a bit high, into the fifth row.

The half ends and the Lakers are up 54-51, with the energy level ratcheting up to a 6 out of 10. Hard to name a player of the half - Bynum has 15 points and hasn't missed a shot, Shannon Brown has 13 points, and Lamar has 7 points and 7 rebounds. The best way to describe this game: sluggish. A common refrain pops up, "Get the ball inside", as the Lakers have gone away from their bigs. What's new?

11:08 Pau gets it high at the elbow, passes it down low to Bynum, who sealed Biedrins nicely, and gets the foul. That's what we want to see more of!

9:47 Pau is just not playing with any sense of urgency, as Tolliver takes the entry pass away from him.  And then Biedrins simply rips the ball away from him two feet from the basket. The Warriors take it to the other end and tie the game 60-60 on a Morrow three.

8:14 Morrow's face and Fisher's elbow try to occupy the same space. You can guess who won that contest. Fish is called for the offensive foul. Not sure if there should have been a call though, as Fish didn't exactly throw the elbow.

6:50 Artest seems to make that three pointer a lot where he jumps to the side to gather himself, almost more than when he is set. Lakers 65, Warriors 62.

5:13 Lamar comes back into the game, and I immediately feel as if the game is under control. I forget - why doesn't he play more? I know there's a reason.

4:19 Shannon hits a floater that seems to bank off the highest part of the backboard without touching foam. Then Fisher hits a three that makes the crowd come alive, at least for a few seconds. Lakers 74, Warriors 66.

2:57 This is the first time I've noticed Lamar snapping his rubber wristband before shooting free throws. He makes one of two.

2:44 Ron Artest fouls Ronny Turiaf 40 feet away from the basket. Brian Shaw laughs and tells Ron not to use his hands. Doesn't Brian Shaw look like he could still step on the court and hit a couple of threes?

Third quarter ends with a Golden State run. Man this game is lethargic. Lakers 79, Warriors 73. The Lakers are just coasting, because they know they'll win the game in the end. But will they?

10:41 Lamar drives and kicks the ball out between Sasha and Jordan and directly to Nellie sitting on the bench. That does not rock, it does not.

8:43 Curry rockets an amazing one handed pass off the dribble from 30 feet away right to Watson under the basket, who scores the bucket and a free throw. Lakers 84, Warriors 83

7:55 Shannon Brown displays his second nice shake and bake move tonight, with a nice change of speed and direction for the lay-in.

6:33 Snapping the wristband is not working, as Lamar misses two free throws, making him 2-6 from the stripe.

4:27 Farmar is lucky the ref doesn't hit him with a technical. Jordan swiped hard at the ball at the same time the ref was reaching for it (after Farmar was called out of bounds). Tie game, 89-89. The Warriors are just hanging around this town, on the corner.

4:17 Curry, holding the ball in the post, gives Fisher a pork chop with his elbow. Fisher doesn't appreciate it, and swats the ball like a volleyball. It's Curry's fifth foul.

3:30 Pau abuses Ronny in the post, using a spin move and that nice left hand of his. He bumps Ronny as he turns to run back to the other end. Ronny does not like. Lakers 92, Warriors 89, and everyone is waking up now that the end is in sight.

1:43 Pau makes his last four free throws. Some of these will count as "clutch" free throws in some analysis, somewhere. I beg to differ. The Cleveland free throws attempts were clutch. These past few were not exactly pressure-filled, no matter the time and score.

The Lakers win 104-94, in a game that never felt in doubt. Everyone gets tacos, and now we can hear about Boston for the next two days. The crowd outside is already chanting "Boston Sucks".

Shannon had a career night in a pretty forgettable game, with a line of 27 points, 10 rebounds, 3 assists on 11-19 shooting.

Is it time for the Lakers to waive Kobe? No team will want him now!