The Last Days of Ammo

Share All sharing options for: The Last Days of Ammo

Pretty soon, we won't have Adam Morrison to kick around anymore. At the very latest he's gone right after this season - from the Lakers definitely, but maybe from the league as well. It could also be a lot earlier than that. It's possible, in fact, we've already seen his last hurrah as a Laker.

The Lake Show hosts Golden State on Tuesday night and Boston on Thursday. By the time the latter game tips off, the trade deadline will have come and gone. There's almost no chatter about the Lakers making any kind of deal, but that can change fast and without warning. And if any trade happens, Ammo and his bloated expiring contract will be shipped out.

Have you thought about how you'll feel? About what your reaction will be when you hear that he's been sent packing, never again to appear in purple and gold? Most likely you'll feel nothing concerning Adam himself. You'll be glad the Lakers upgraded their bench - any sentient organism will be an upgrade - and attention will swivel to the new kid in class.

And that's how it should be. There's no point in oversentamentalizing Morrison's time as Laker. He arrived a little over a year ago in the Radmanovic salary dump, and whatever novelty charms he might have possessed faded quickly next to the real-world usefulness of Shannon Brown. At no point was he a vessel for Laker fan hopes and dreams. At no point did he tempt Phil Jackson to make him part of the rotation. He entered our lives as Taco Unit material and will leave the same way.

Still, during his short stay in our world, we've always had a soft spot for him. His awkwardness and painfully apparent lack of ability lend him an everyman appeal. When we see him enter a game in garbagio time, stumble around for a few minutes and miss a shot or two, we can imagine, however distantly, what it might be like if we were to step onto an NBA court. This, despite AMMO being way more athletic than most of humanity and making more money just this season than most of us will make in our lives. 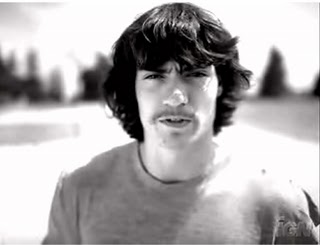 As I ponder Adam's imminent departure, I find myself thinking back to Kwame Brown. The two of them are notorious draft bustolas, both selected in the high lottery by Michael Jordan, both of whom arrived in Lakerdom after washing out with their initial teams. Both are and will remain easy, Smush Parkeresque punchlines for years to come. The irony is that Kwame is an object of some bitterness among Laker fans despite having performed way, way better on the court than has Morrison, toward whom none of us bear any ill will.

The reason, of course, is that AMMO has never been asked to do a thing for the Lakers. He's not played a minute of any real consequence. When he's on the court he can be as inept as he wants, and it doesn't make a skosh of difference to the team's fortunes. Kwame, however... Kwame we depended on, and he let us down. That might be more our fault than his. It's not like he forced Mitch Kupchak to trade Caron Butler for him, or to make him a supposedly key ingredient of post-Shaq reconstruction.

To me it's a reminder that how we perceive players doesn't strictly or even predominantly depend on how they actually play. Context and an unstable grading curve matter enormously. We've grown fond of Morrison, if not exactly attached to him, because we can afford to be. Had the ball ever been in his hands on a crucial possession, I suspect we'd feel much less warmly toward him.

Luckily for everyone involved, that's not going to happen. I do hope, however, that he gets one last run as a Laker this Tuesday night, preferably with tacos hanging in the balance. Let's face it: that's how we're all going to remember him.